A recent report from Bloomberg New Energy Finance and several partners shows that renewable energy adoption is growing in the world’s emerging economies nearly twice as fast as in industrialized nations. Not only are renewable energy technologies cost-competitive with fossil fuels in many developing nations, but they often are more reliable, safer and at times cheaper than conventional grid power.

The report — covering 55 countries in Africa, Asia, Latin America and the Caribbean — destroys the myth that fossil generation is the best way forward, and shows that the strides made by the private sector, government and civil society have the potential to pave the way for an exciting market for renewables in Africa and beyond.

The top 10 countries studied in the report with the best investment climate and policies for clean energy include large polluters such as China, Brazil, India and Indonesia, but also smaller nations such as Kenya, Uganda and Uruguay.

The report looked at numerous indicators of what makes a country attractive for clean energy investment, development and deployment, including a country’s policy and power sector structure, the level of price attractiveness for clean energy deployment, the expectations for how large the market for clean energy can become, the availability of local funds, the local cost of debt and green microfinance activity, the availability of local manufacturing and other similar types of capacity to spur clean energy projects, the level of policy support for carbon emissions reduction and local corporate awareness of carbon issues.

Some of the poorest countries in the world actually have very expensive and/or quite unreliable electricity (PDF). Their grids — with badly aging infrastructure — often rely on imported fossil fuels and even those with their own energy resources face shortages, meaning routine brownouts, or worse, blackouts. In countries such as Sierra Leone and Nigeria, the grid is down more than half the year, according to a Joint Research Centre, European Commission report.

Brazil’s drought is causing electricity rationing due to the country’s reliance on large hydro, and India’s coal shortage in previous years raised costs and closed power plants. When renewables such as solar and wind compete with expensive energy coupled with inadequate infrastructure, renewables reach grid parity and are more reliable and secure for populations connected to the grid.

The case is even stronger for the 1.3 billion people in the world without access to electricity. Many of these people rely on kerosene lamps that are not only costly — poor households typically spend 10 percent of their income on kerosene — but also an extreme health hazard. Access to distributed solar systems or other renewable technologies could not only bring cleaner, healthier and more reliable power to rural areas, but can do so much more economically than trying to extend the grid (PDF).

The following four countries — countries in which renewables are growing quickly — exemplify why developing countries and emerging economies are investing in renewables, from greening their centralized grids to electrifying the billions of people still without access to electricity.

In October, Brazil held its first solar-only energy auction, and the accepted bids — or more than 1,000 MW of power — averaging $87/MWh — were among the lowest unsubsidized solar prices in the world and well below the peak wholesale power prices at that time of $400/MWh. Wind energy became the cheapest energy source in Brazil years ago, beating out both natural gas and hydropower.

Currently Brazil gets less than 1 percent of its electricity from solar (only 44.6 MW), 3 percent from wind and over 70 percent from hydropower. But being in the worst drought in 80 years, the country wants to diversify its electricity supply, with a target of 3.5 GW of solar and 22.4 GW of wind power in operation by 2023, 20 percent of the country’s current generating capacity. 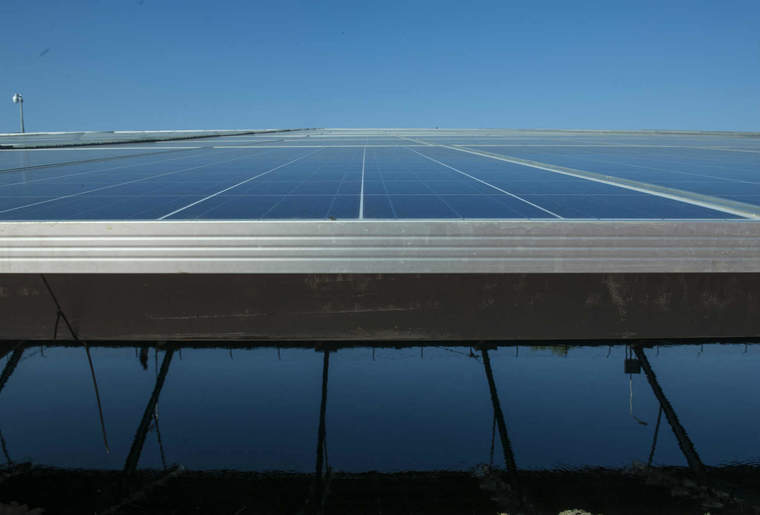 Solar energy in India is now cheaper than coal. And many utility companies in India are realizing the business case for renewables over conventional power projects.

Tata Power, the second-largest private sector power generating company in India, is looking to expand its renewable energy portfolio by acquiring 300 MW of wind projects in northwest India. And the country recently announced it intends to more than double its use of renewable energy, from 6 percent to at least 15 percent, by 2020.

Yet India also realizes there are many more benefits to renewable energy than alleviating climate change. The country already has over 1 million households and 10,000 rural communities using distributed renewable energy systems to provide them with basic electricity. According to a booklet the country produced for the climate talks in Lima, “Apart from electricity generation, the application of these technologies has benefited millions of rural folk by meeting their lighting, cooking, and productive energy needs in a decentralized and environmentally benign way.”

Among India’s proposals are 25 more solar farms and 100,000 more solar pumps for irrigation and drinking water.

Although Kenya is the largest economy in East Africa, less than 20 percent of Kenyans have access to electricity. For people without access to grid power, often renewables are the cheapest option.

Most Kenyans use kerosene for lighting, paying $0.92 per liter. For the average Kenyan family that makes less than $2 per day, kerosene is not only a costly extravagance, but also unhealthy and polluting. This makes off-grid solar an economical and healthier choice. Around 744 buildings from health centers to schools have been hooked up to solar through Kenya’s 2009 Rural Electrification Master Plan.

This small South American country generates about 45 percent of its electricity from hydropower. However, during dry periods, prior to 2013 the country purchased electricity from neighboring Argentina at up to $400/MWh, eight times the average cost of electricity generation in the United States.

To avoid expensive imported fuels, the country embarked on a plan to install enough wind farms to generate 30 percent of the nation’s energy needs, at only $64/MWh. The installed wind capacity is now at 219 MW, and renewables generate 84 percent of Uruguay’s electricity. Because of cheap wind power, consumers saw a 5.5 percent (Spanish) energy bill decrease in July.

Uruguay is also forging ahead with solar power, and the state electric company recently agreed to purchase electricity from a 50-megawatt solar farm at just over $90/MWh.

Smart choices for the future

While countries around the world experiment with renewables, many emerging economies are making it part of their long-term strategies for development. Demand continues to grow quickly — developing countries grew their grids by nearly 30 percent in the past five years, compared to 9.6 percent in OECD nations. And sub-Saharan Africa is seeing 300 percent compound annual growth in off-grid lighting.

This is thus a critical time for emerging economies around the world. Will their current dirty, expensive, unreliable grids be built out with fossil-fueled power? And how will they electrify the 1.3 billion beyond the reach of that grid? Encouraging examples and early successes from these countries and others demonstrate that distributed solar PV and other renewables could provide an answer, but much work remains left to do in the transition from fossil fuels to clean, reliable, affordable renewable electricity.

How Simpa, Azuri and Angaza make solar affordable for all

What's in store for the future of energy markets, day to day?

How microgrids are bringing power to rural Kenya