By Truman Semans and Rebecca Lutzy

No surprise: Climate change and the greenhouse gas emissions contributing to it are dangerous to human health and welfare. So announced the EPA in its recent "Endangerment Finding."

What is hard for many people to believe is that it's taken so long for the government to officially accept something that scientists have agreed on for several years, with a very high degree of certainty and consensus.

Truly surprising: Some in the business world are still skeptical of the science. From a practical business perspective, however, whether you believe is no longer relevant -- your regulator does believe CO2 is dangerous. That means she is now required by the law to regulate CO2 emissions.

Congressional action is next on tap, and the finding is turning up the pressure. It's been a focus at last week's hearings for The American Clean Energy and Security Act of 2009, and it is clear that regulation will happen. Now the questions for business leaders are when and how.

Former House Energy and Commerce Chairman John Dingell highlighted concerns about Clean Air Act (CAA) regulation when he asked EPA Administrator Lisa Jackson, "Aren't you going to have to regulate everything in sight?" and "Do you deny we would have a glorious mess if we have to do this under current law?"

There is widespread agreement that regulating under the CAA would be a more costly and less effective way to go. Jackson responded, "The endangerment finding addresses what the Supreme Court compels us to do … if your point, sir, is that it is more efficient to do it via new legislation … I couldn't agree more."

By moving forward on the EPA front, the Obama team is cracking the whip on resistant members of Congress. "The race is clearly on, and time is of the essence," Jackson said. "We're in the middle of a public comment process right now … that would then launch months of work to get to proposed rulemaking."

The CAA would be a blunt hammer, and the U.S. needs a flexible, tailor-made set of tools. The act is decades old and would result in burdensome regulations, starting with classification of specific GHG pollutants under the National Ambient Air Quality Standards (NAAQS), then leading to State Implementation Plans and New Source Performance Standards, through a process totally unsuited for widespread, economy-wide greenhouse gas pollutants. There would be a flurry of litigation that could last for decades, very likely until a major Amendment is passed -- as happened two decades after the initial CAA with the 1990 Amendment that established the Acid Rain trading program.

Against that backdrop, even long-time climate change denier Senator James Inhofe is urging Congress to pass a "narrowly targeted bill that stops EPA in its tracks."

It looks like the House can pass climate legislation with concessions. The Senate will be much tougher, because regional issues loom large and because of the need for a 60-vote filibuster majority.

Congress needs to resolve many critical details if it wants to bypass the CAA route with its own solution. A few key topics stand out:

• Allowances: How will permits be distributed and what percentage will be auctioned versus freely allocated to industry?
• Emissions Targets: How aggressive will the emissions reductions be, especially in the 2012-2020 timeframe?
• Offsets: What will count and what portion of the reductions can be covered by offsets?

How these details are resolved will not just affect large emitters. For example, a plan that starts with steep cuts in 2012, auctions most or all allowances, and places tight restrictions on offsets could raise electricity prices even before 2012, especially in coal-dependent regions.

What does this mean for your company?

• First, look hard at your risks. Whether your company is a major emitter (e.g., power sector, industrial emitters, motor vehicles) or not, it is critical that you measure and manage your energy use and CO2 "footprint" from your operations and value chain.
• Second, find the opportunities. Along with regulatory risks come major opportunities across clean energy, offset and renewable energy credit generation, carbon trading, IT solutions, business operations innovation, and much more.
• Third, weigh in. Make sure you understand what's happening in EPA and Congress and press hard on your members of Congress to pass sensible climate legislation as soon as possible.

The Clean Air Act route is not the way to go. There is a golden opportunity for Congress to instead pass market-based legislation that works for business and meets critical environmental goals, without creating a "glorious mess."

Truman Semans is a principal and Rebecca Lutzy is an associate at GreenOrder, an LRN company. The strategy and management consulting firm has helped leading companies turn sustainability into business value since 2000. Truman has worked for 16 years advancing sustainability through business strategies, government policies and programs, and technology investments. Rebecca brings a deep background in environmental science and policy as well as experience in business consulting to the firm. 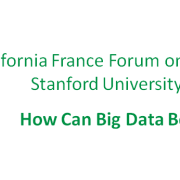 See all by Truman Semans and Rebecca Lutzy