At Enel and AGL, utilities beyond the U.S. embrace low-carbon future

The list of huge multinational companies seeking to source 100 percent of their energy from renewable generating sources seems to grow on a monthly basis — 63 percent of the organizations on last year’s Fortune 100 list have made a proclamation of this sort.

While many have turned to the U.S. market first to start delivering on those promises, the reality is that they’ll need to look far beyond America’s borders to reach them.

They won’t need to search for long, as evidenced by ongoing investments in clean energy that totaled more than $53 billion during the first quarter of 2017, according to data from Bloomberg New Energy Finance. While that was a relatively quiet period compared with past years, it still brought one of the largest solar projects: Italian energy powerhouse Enel’s 754 megawatt photovoltaic installation in Mexico.

While the concerns of each region and market are unique, common themes drive the worldwide transition away from coal-fired power plants to other generating sources and motivating energy companies such as Enel. The utility has set a goal of becoming a carbon-neutral generator by 2050, and it is far less grounded in emotions than economics.

The reality is that it makes sense to avoid huge capital investments in massive new power plants that will become obsolete before they come online. Instead, companies such as Enel and another market disruptor — Australia’s AGL Energy, which is in the process of closing all its coal plants — are prioritizing investments in digital technologies.

In particular, their focus is on software and hardware that help make intermittent generating sources, such as solar and wind, more reliable. Extending the life of legacy plants during the transition is another priority. These energy companies also are keenly interested in applications and services that help them sense and respond much more quickly to the concerns (and buying habits) of commercial and retail customers.

An incredible revolution is going to happen in the way that grids are going to be run and stabilized.

"There are two major mistakes that this industry has made over and over again, in the past two decades," said Francesco Starace, chief executive of Enel. "One is to build huge plants that will take years and years to be completed. When I say years and years, I mean more than three years. And second, build generating plants without visibility into whom to sell the energy to, for what price and how long, which is called merchant exposure in the industry. We said, 'We think that this is one of the worst possible times to [keep making] this mistake.'"

Andrew Vesey, the U.S.-raised CEO of AGL, subscribes to a similar worldview.

"The fundamental issue is that we are making this massive transformation. The whole conversation is around CO2 reduction," Vesey said. "But very soon after that, it becomes a question about reliability and security, and then it becomes a question of affordability. At the end of the day, it comes down to comfort, control, convenience for consumers. Or productivity for people in the commercial sector."

Getting closer to customers

As any corporate energy buyer in the United States can tell you, utilities historically haven't been very interested in what customers think.

But that mindset has changed dramatically over the past year, thanks to organizations such as the Renewable Energy Buyers Alliance that have amplified this interest. It’s certainly not limited to U.S. utilities, but it’s not an easy thing to change overnight.

Consider that AGL is one of Australia’s oldest companies — the entity that turned on the first gas lamp in Sydney back in 1841. It’s obviously been thinking about churn, or when customers switch from one provider to another, for a very long time. In Australia, the rate is pretty high, almost 20 percent of retail accounts change in an average year. (Data suggests that’s higher than most of the European markets (PDF); figures for the U.S are elusive, because of the mix of regulated and deregulated markets.) 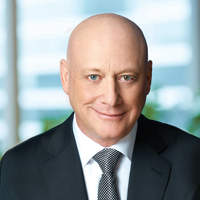 <p>Andrew Vesey, CEO of AGL Energy</p>
"Ten years ago, you could think about these things, but really couldn’t see a pathway" to improving things, Vesey said. "Well, now you’re starting to. Not just with the cost of generation at a premises coming down but with the likely advent of cost-effective storage, you’re starting to see some very, very interesting things. And then with the all of the work that’s going on — and I hate to use this term — around the smart home, you’re starting to see this connected play and technology that you’ll be able to use to look right to the end user."

Enel’s focus on listening more closely to customers is explicitly shaping how it views investments in solar and wind. With more than 61 customers in 30 countries, it receives many signals but the ones associated with clean power, especially when it comes to the concerns of commercial buyers, are coalescing.

"They prefer to have renewable energy because is it first and foremost competitive," Starace said. "Secondly, it is stable in the cost over the years, no fluctuation due to commodity volatility; and thirdly, it comes with no environmental liability risk. So there are three big benefits attached to this."

That’s translating into two very different strategies for Enel and AGL. In Europe, the regulatory framework doesn’t accommodate the same sorts of long-term power purchase agreements that are attracting interest in the United States although companies are requesting guarantees of origin.

Things are different in Mexico, Africa and the United States, where more businesses are issuing formal requests to procure clean power, Starace noted. Meanwhile, in Australia, the PPA market has been slow to emerge but more companies are beginning to consider it, according to Vesey.

[Learn more about renewable energy procurement and grid evolution at VERGE 17, from Sept. 19 to 21 in Santa Clara, California.]

Another common area of interest for both Enel and AGL is energy storage technologies. 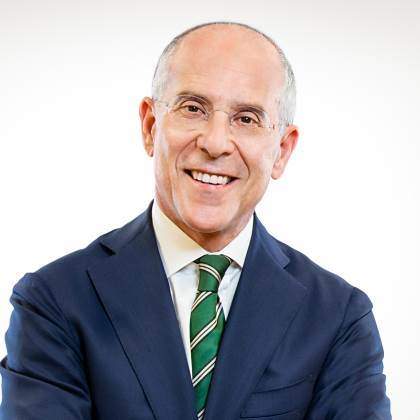 <p>Francesco Starace, CEO of Enel</p>
"Here I think there is a huge potential," Starace said. "An incredible revolution is going to happen in the way that grids are going to be run and stabilized, provided that two things happen. One is that trends in battery performance and cost continues — and I have very little doubt about that — and the second important consideration is that the transformation of grids into digital grids happens. If you don’t digitize the grid, then the use of storage becomes really marginal. But if you do digitize the grid, storage is really a big resource."

In South Australia, AGL is behind what’s being billed as the world’s largest residential virtual power plant, connecting more than 1,000 batteries in homes and businesses.

Vesey said the benefit to AGL is similar to if the company were to bring 5 megawatts of solar power online, while homeowners get more value out of their investment in rooftop solar PV installation and the batteries that store power for when the sun isn’t shining.

"So where is the value created, it’s created for the owner of the asset, in this case residential owners, because they get a great utilization of their battery and their rooftop... It’s optimized by how much they’re selling in, versus buying from the grid," Vesey said. "There’s value to me. My trading desk, because I have another risk management tool, that peaking plant that I can play within my risk management schemes. There’s value to the distributor, who can defer investments in the grid. There’s value to the transmission network because they will have less frequency events. To make this work, you need for the regulated pieces to be able to see and assign the value."

For Australia, energy storage will be one key to the market’s transition from coal to renewables. Unlike the United States, which is "blessed with incredibly cheap natural gas," there isn’t an easily available "bridging fuel" in the country, Vesey said.

"Even if you don’t have a climate perspective, you have to replace this with something," he said. "And the something is going to be renewables. And that immediately leads you to the question of how you’re going to have large intermittent sources firming it up, whether that is gas or storage. And so now storage has become a big thing."

Enel is looking more closely at technologies that can help it tough out the transition. That’s one motivation for its investment in innovation hubs, starting with Israel and the United States, but also planned for Europe. Enel seeks technologies that solve specific operational challenges. One example is an ultrasound sensor developed in Israel that can detect when the pumps in a power plant are about to fail, allowing engineers to invest proactively in preventive maintenance.

Overall we think the combination of these two issues — one, the pervasive digitization that we observe in all industries and the second is the improvement in material science. That’s what’s really pushing renewables to be cheap. Because material science is really improving the objects with which we generate energy. These two trends will make electricity extremely pervasive in many parts of our life where today it is partly present, partly not present. So, we will have a lot more electricity in transportation. We are going to have a lot more electricity in heating. We are going to have a lot more electricity in cooking. In all kinds of things where today, perhaps, are areas where hydrocarbons or fossil fuels are used. That is, for us, really a big revolution. You can de-carbonize electricity, you cannot de-carbonize what was born out of carbon. This is a big hope for carbon change going forward.

But it won't happen overnight.

Better Place to Bring Electric Car Network Down Under

Get ready for virtual power plants