Editor's note: If you're interested in this topic or want to learn more, check out the program for our upcoming VERGE Boston event on May 13-14.

Even when a building owner or manager goes through the process of an audit and retrofit, results can be inaccurate and inconsistent, especially when compared across an entire portfolio. There are many reasons for this shortfall, but it essentially comes down to two factors: people and tools.

The people factor is real because the audit team's diligence and the retrofit installers' skills drastically can change energy retrofit results. But the reality of the tools component is that an energy auditor's toolkit largely consists of technologies that have been around for decades. A new effort by the National Renewable Energy Laboratory (NREL) aimes to create tablet-based software that can build energy models as auditors go through a building.

Although effective in the right hands, blower doors, thermographic cameras and the like only provide a snapshot of a building's efficiency. The problem is that these tools don't help auditors anticipate exactly what effect different energy conservation measures will have on overall consumption. Instead, through experience and training, auditors give an estimate of how much a retrofit will improve the building efficiency, and then take another snapshot after the measures are installed.

The hallmark of clean energy growth has been the relentless improvement of technology. Can the same be said for energy efficiency?

While a revolution in blower doors is unlikely anytime soon, energy modeling technology has made great strides in recent years. Even the concept of "remote" energy audits have taken hold as a way to provide energy consumption information without the cost and time involved in a walk-through energy audit. By using geographical information, utility data and basic building characteristics, these reports evaluate the energy efficiency of a building and make recommendations without ever setting foot inside.

Some hailed the rise of remote energy modeling as the solution to tedious walk-throughs and manual reports. Others reacted skeptically to the idea that collecting a few pieces of information could come close to substituting for a comprehensive audit. But middle ground seems to be emerging: the use of mobile devices and powerful software to create complex energy models during the auditing process.

NREL has led the effort, enlisting the help of several disparate internal initiatives and a private company called concept3D to create a high-tech solution called simuwatt Audit. This project integrates building geometry capture software, an established whole-building energy simulation engine, and a database of building component information into a single tablet-based software tool. NREL hopes to facilitate fast and accurate data collection and accelerate the identification and analysis of potential energy conservation measures, essentially combining the best of both the virtual audit and the onsite assessment. Simuwatt Audit is actually the amalgamation of three separate undertakings.

The first part is the Building Component Library (BCL), an online repository of energy data on individual building components and energy conservation measures. A massive amount of data comes out of energy audits, yet very little of it actually has been aggregated or broken down into a usable form. This program allows auditors to download either a component, such as a type of lighting, or a conservation measure, such as adding overhangs to all windows, and insert it into their model. The large-scale analysis capabilities of such a vast data bank will allow portfolio managers to measure their stock to a statistically significant baseline and provide robust performance metrics on a wide range of retrofit technologies and measures.

The second project is NREL's OpenStudio platform, which uses the data collected during the audit along with the BCL to produce a whole-building energy model and analysis. The program leverages Google Sketch-up to create detailed 3D building and system renderings based on building geometry, envelope, plug loads, people, daylighting and more. It is not so different from other energy modeling software except that it is free and open source, which means that development teams are able to either add plug-ins based on their specific situation or submit code to NREL which may be integrated into the platform. This ability allows for the rapid development of new applications of the software and a level of customization not found in other modeling software.

But the culmination of this endeavor is the concept3D geometry capture software, which allows users to draw a 3D building model as they perform their assessment.

The costs of an energy audit often are driven higher because of multiple site visits and the process of recording and modeling efficiency upgrades separately. By allowing auditors to build the model as they go through the building, they not only save time but also reduce the likelihood of errors in manual data transfer. Concept3D also provides the central database to store collected data for future use, a feature that is crucial when analyzing an entire campus or portfolio when mistakes get made due to the volume of documentation.

These savings are not marginal; NREL has set the goal of a 75 percent reduction in cost for investment grade level III audits from using this technology.

The combination of site-specific, immediate model creation with aggregation and large-scale analysis capabilities should drastically improve the toolkit of the energy auditor and the industry as a whole. This technology should enable smaller teams to conduct more efficient audits while reducing costs and expanding opportunity.

The Department of Defense's Environmental Security Technology Certification Program has announced that it will demonstrate simuwatt Audit on a number of facilities, including West Point and the Air Force Academy in Colorado Springs, Colo. Should these and other demonstrations be successful, concept3D, which holds an exclusive license to commercialize NREL's audit framework, plans to roll out the product in early 2014.

As part of the simuwatt Audit program, NREL is also tackling the people factor by piloting an advanced BPI Certification that outlines detailed workflow process for auditors, but the introduction of simuwatt Audit itself is a big step into the future. While this technology likely will not replace the standard toolkit of an energy auditor, it will make the toolkit more powerful and effective than ever before.

If simuwatt Audit actually can reduce audit cost and provide scale to the energy auditing industry, the massive potential of building energy efficiency finally may be realized. 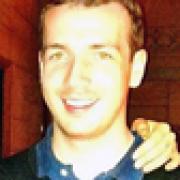 Sustainability may be closer to business as usual than you think

See all by Comly Wilson