Energy Efficiency Ain't Rocket Science, But It Could Use a Boost

<p>Two years ago, Walmart set a 2012 goal for its top 200 factories in China to achieve 20 percent greater energy efficiency. Is the effort running out of steam?<br /> &nbsp;</p>

Two years ago, I sat in a crowded ballroom in Beijing and listened to incoming Walmart CEO Mike Duke say, "By 2012, our goal is for the top 200 factories we source from directly in China to achieve 20 percent greater energy efficiency."

It was music to my ears. Even though my organization, Environmental Defense Fund, was one of the key stakeholders working with Walmart, and I had already made several trips to China to help the Walmart team shape the commitment, I was still a bit astounded. This could change everything, I found myself thinking. When Walmart speaks, suppliers listen, and other retailers and brands tend to follow. My thoughts were confirmed by a flurry of BlackBerry action from suppliers in the room. They must have gotten the message.

Since the announcement in October 2008, EDF has been working closely with Walmart and its suppliers on the ground in China to meet that goal. We've been in over 300 factories and here's what we've found: Walmart is off to a decent start with its Chinese factories, but for the program to be impactful and meet its potential, it needs to up its game. Dedicating sufficient resources to get the job done would be a good place to start.

Here's the good news: The opportunities for improvement are even larger than we envisioned -- it's not unusual for us to find savings of up to 60 percent in many factories -- and the payback periods for upgrades are absurdly short. We never recommend a project with a payback period longer than two years, and many of the recommendations we make have simple returns on investment of less than six months.

Our perspective all along has been that energy efficiency ain't rocket science. Solutions to radically reduce energy using mature technology are readily available. The trick was to better understand how such technologies could be applied in the context of Chinese manufacturing for export, mostly small and medium-sized enterprises.

And for the most part, we've figured that out. From toy factories replacing outdated air compressors to furniture makers installing motor maintenance programs, suppliers are finding substantial value in rooting out energy efficiency. One production engineer even exclaimed "Work here is fun again!" when we asked him how it was going.

I've outlined one particular case of how easy such projects can be on the EDF business blog, but can say with confidence that such experiences are not unique. Using simple checklists and data from similar factories, we can evaluate the biggest energy saving opportunities at manufacturing sites very quickly, and have trained a few amazingly dedicated young Chinese Walmart associates to do so as well -- this is their country after all and they want to make it a better place. Industry accounts for 68 percent of all electricity use in China (compared with 32 percent in the United States) and 70 percent is from coal-fired power plants. Such changes can go a long way towards driving China's low-carbon future.

That's the beauty of EDF's partnership approach -- Walmart has the leverage, we have the know-how.  When we have momentum, it's pure magic.

Now for the not-so-great news: Despite the huge possibilities and proven benefits, energy efficiency in supplier factories still seems to be viewed as extracurricular by Walmart managers. It is not, in the lexicon of the Walmart world, seen as a "core activity" and not given the priority it needs. We've had several fits and starts getting this program off the ground. For a time, we'll have several of those young, talented associates pushing hard to improve the performance of suppliers -- and seeing very promising returns -- only to have them peeled away when "more pressing" issues arise.

Resources at the notoriously frugal retailer are always tight, and several consecutive quarters of declining sales generally don't help. So when push comes to shove, "core activities" get the attention, sometimes at the expense of earlier priorities.

We get it: When you're the biggest retailer in the world, you've got a lot going on. There are lots of pressures to get everything right, loads of risks to manage, and eyeballs glued to your every move. Priorities need to be balanced. But here's what doesn't make sense: Leaving lots of money on the table when aggressively going after it also happens to solve a huge global problem.

And herein lies the missed opportunity. In our estimation, it would require only minimal additional human resources and a few key structural changes to knock this program out of the park and truly transform the way energy is managed in Chinese factories. Stronger mandates for supplier participation, the introduction of key metrics and a system for metering progress, as well as incentives for good performance would all go a long way towards the meeting the commitment.

So while many suppliers are making substantial progress on energy efficiency, and Walmart will probably achieve its goal of 200 suppliers reducing energy 20 percent by 2012, it has not been the stampede we'd hoped to see. That could change, however, and we're optimistic that it will. Walmart leadership is far too savvy to let an opportunity this good slip through its fingers. 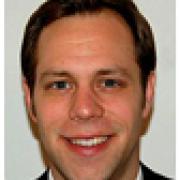 Unlikely partnership identifies how to save more energy in supply chains

See all by Andrew Hutson