Five years ago, the term "deep energy retrofits" was virtually unknown. No magazine was devoted to them, conferences did not focus on the issue, there was very little discussion on the subject and there were no service providers to provide them if you asked. There were also few built examples that one could see, just a glimmer of possibility.

Fast forward to 2014: Now there is a flourishing industry around deep energy retrofits, and energy service companies are in competition — each trying to outdo the other in demonstrating ability to go deeper and save more energy more cost effectively. Conferences are organized around them, magazines are devoted to them and the Internet is aflutter with the latest, greatest examples of every shape and scale.

Towering undeniably in the center of this cyclone is the Empire State Building. This iconic building is an unlikely hero, seemingly an immensely difficult candidate to show how to save energy. Yet eight simple energy saving measures, carefully coordinated, save more than 38 percent of the energy use with only a three-year payback. The Empire State Building retrofit, launched in 2009, clearly makes the business case, showing deep energy retrofits can be done, demonstrating the practicality of an integrated design approach and delivering enviable financial and energy performance.

But there is only one Empire State Building. And as it has very little in common with most buildings, it would be easy to think the lessons must be irrelevant. However, the project has shown other building owners the immense business opportunity deep energy retrofits provide. If this seemingly impossible amount of energy savings can be found in the Empire State Building, why not in other buildings as well?

A new idea had taken hold; the project became both a catalyst and a template for others. And now deep retrofits of every imaginable building type are happening in every location. Caltech's Linde + Robinson Laboratory retrofit reduced energy consumption by 77 percent, the International Monetary Fund HQ1 office in Washington, D.C., saved 50 percent (over $2 million per year), and the retrofit of the historic Wayne N. Aspinall Federal building in Grand Junction, Colo., is achieving net-zero energy use. Car dealerships, museums, banks, whole portfolios of buildings, such as at Arizona State University, and more are jumping on board with deep energy retrofits saving more energy than they previously thought possible. And every day more new businesses clamor to meet the demand for this new business opportunity.

The Empire State Building's performance continues to improve every year. To date the deep energy retrofit has saved an estimated $7.5 million and is projected over the next 15 years to keep more than 105,000 metric tons of CO2 from entering the atmosphere. It's quite magnificent. But the story of the Empire State Building is not only one of a single building that saves energy and money. The story is of a building that spurred a thousand emulators, each cost effectively saving its share of energy and greening the world's building stock. Five short years later, we have changed the trajectory of energy use in buildings. We are building better buildings, creating more valuable assets and a making a healthier world. 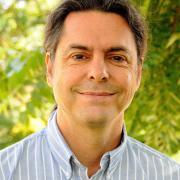 How architects can take action on climate change

Building inspiration through an iconic retrofit

See all by Victor Olgyay