Awards are also abundant at REM16 — if you are an achiever in renewable energy, that is. There are the EPA’s Green Power Partner Awards for standout purchasers and suppliers, as well as the Center for Resource Solutions (CRS) Market Development Awards for leaders building the market for green power.

In recent years the awards have reflected a market shift, with large corporate purchasers becoming an important driver of new renewable energy.

"They're joining utilities, competitive sellers, and other private and public sector leaders in accelerating the transition to clean energy," noted Jennifer Martin, executive director of CRS.

Beyond the acronyms, some key trends were evident at REM16. In two words: simplicity and scale.

Simplicity is the holy grail in developing the market for renewables. PPAs and other frameworks to buy renewables remain complex to understand and analyze financially, particularly for companies that don’t have big energy teams to help in the evaluation process.

Key trends were evident at REM16. In two words: simplicity and scale.

PPAs are not the only game in town. Several sessions at the event highlighted the advent of green tariff offerings from utilities to provide another mechanism to simplify the purchasing process and grow the market. Green tariffs are still in their infancy with just a handful of utilities offering them, and many of them not yet popular. But that should grow over time.

Responding to this complexity, developers, service providers and organizations such as REBA and RE100 are working to streamline that process.

As Marty Spitzer, senior director of Climate and Renewable Energy at the World Wildlife Fund, put it: "Companies want 'simple' as many don't have a big capacity to manage energy projects. And all companies want choice, which has not been the case in energy."

The other alluring trend is the possibility for scale in adoption among companies. As noted in my piece from the REBA event in Redmond, Washington in May, the number of companies who have executed renewable energy projects remains small as a percent of those who have set climate and sustainability goals.

"It has been amazing to see the growth, evolution and increased commitment by companies to obtain green power energy supplies," said Intel's director of global utilities and infrastructure, Marty Sedler. "Over the past nine years we have seen a vast increase of new companies jumping on board, but just as exciting is the sustained activity of those early adopters."

The other alluring trend is the possibility for scale in adoption among companies.

The opportunity remains for a much wider swath of companies to get on board, past the handful of tech companies and retailers who have led the pack so far.

In particular, there seems to be a great opportunity for industrials and mid-sized companies to join the push for renewables, including those whose energy loads are geographically dispersed. This market will develop if there are offerings, as one speaker put it, "for companies not buying 100 megawatts and not named Google."

John Powers, vice president of Strategic Renewables for Renewable Choice Energy, identified three drivers for corporate renewable purchases: hitting environmental goals; hedging energy prices; and getting a pure ROI. "Companies need to make sure they have at least two of these if not all three," he said.

Research on corporate renewable buying patterns presented by George Favalaro, managing director of Sustainable Business Solutions at PwC, buttressed this trend. First unveiled at GreenBiz Group’s VERGE conference in September, the research shows that among the 72 percent of companies actively pursuing procuring renewable energy procurement, 85 percent are doing so for climate and GHG goals; 76p percent because it provides attractive ROI; and 59 percent as a hedge to energy price variability.

There is also room for growth in geographic diversity. Most of the 30 Virtual Power Purchase Agreements so far have come in five states: California, Texas, Virginia, New Jersey and North Carolina. 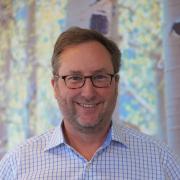