In November 2015, more than 140 participants in the corporate renewable energy market gathered in New York City.

They came together under the banner of RMI’s Business Renewables Center (BRC), a member-based platform that accelerates corporate renewable energy procurement. Last year, BRC-affiliated companies accounted for 88 percent of transactions.

But to keep the market growing, remaining barriers must be removed. And according to the participants at the November conference, the most significant barrier is risk allocation — by a wide margin.

The current contractual convention transfers the market price risk, in its entirety, from the financier, via the developer, to the off-taker in the form of a fixed price, often adjusted by a pre-defined price escalator. This convention relies on the rationale that the lender needs to secure specific debt-coverage ratios, while the equity investor meets a desired equity return.

However, this conventional PPA structure may not fit every buyer’s unique risk appetite. This is because buyers come in a variety of shapes and sizes, and market price risk is tolerated differently by each of them.

The differences in buyers’ market positioning, and therefore risk appetites, may be conceptualized along two dimensions.

First, buyers with few competitors may be primarily interested in fixing their energy cost so that it becomes a known, predictable, and stable variable, even if that means removing the potential to realize lower prices.

If a buyer ends up 'long and wrong,' that buyer receives a fixed price while the market enjoys lower prices.

Buyers in a highly competitive sector, on the other hand, may be interested in more closely managing (i.e., reducing) their relative energy cost to ensure cost competitiveness.

The second dimension is energy intensity, that is, energy cost as a percentage of total production costs.

Energy-intensive industries will be more sensitive to the gap between the PPA price and the market price, because that price will have a larger impact on their total production cost.

Different risk appetites: One size does not fit all

The reality is that many current and future buyers operate in sectors that are both highly energy intensive and highly competitive. To them, a PPA is more than a fixed energy price: it must conform to their uniquely defined risk tolerance.

The problem is that a plain vanilla, fixed-price PPA implies a risk not every off-taker is willing to assume. This type of deal has been dubbed the “Hockey Stick PPA,” because the off-taker’s goal of managing their relative and absolute energy costs, as described above, is only achieved if the market price follows a trajectory that bends upward like a hockey stick, that is, an incrementally increasing trajectory.

The chart below illustrates this concept, with the blue line representing the commonly provided forecast for long-term energy prices. One may suggest that going long at a fixed price “takes risk off the table,” but the reality is that one has simply exchanged one risk (rising prices) for another (falling prices).

If a buyer ends up “long and wrong,” that buyer receives a fixed price while the market enjoys lower prices, thus creating a competitive disadvantage for an extended period of time. Again, this might be acceptable for some firms, but for the majority, it may end up doing more harm than good.

So what is often presented as an easy way around market-price risk allocation turns out only to be effective if all the off-taker wants is to “fix and forget” its energy cost.

The risk, of ending up with a PPA price that is more expensive than the market price of the commodity, is still present. As with any commodity transaction, market risk is inherent in renewable PPA transactions, too.

Lessons from other commodities

Fortunately, in businesses with significant commodity exposures — such as the chemical industry or the food processing industry — financial market risk management techniques to quantify, understand, and manage these risks have been successfully applied for decades. Companies in these industries understand the necessity of calibrating their risk tolerance and hedging horizon.

As an example, a firm may decide that it does not have the appetite to assume risk beyond that of their industry leader (and rival) so they select an identical hedging horizon to the industry leader. Hedging their commodity exposure beyond that of their rival exposes the firm to the risk of a competitive disadvantage in the form of higher commodity costs if the market declines after their rival’s horizon is reached.

What has worked in traditional commodities also applies to renewable energy. A fundamental understanding of market risk has long been an advantage for commodity-intensive organizations.

What has worked in traditional commodities also applies to renewable energy.

Market-risk expertise can help structure renewable deals that perform well, regardless of market direction. By understanding the risk profile of a deal as well as the seller, it is possible to create a structure that is mutually beneficial for both parties.

Mars, Inc. is a recent example of a corporation applying their rich heritage in commodity risk management to develop new deal structures that share market risk.

Brice Russell, Mars, Inc.’s global chief procurement officer, shared his experience: “Clearly, many companies strive to include the supply of alternative energy but this does not mean that you give up financial prudence. We treat the approach of securing alternative energy the same way we approach our other commodity purchases; what is the risk associated with the transaction, do we have the right financial approach, and does it deliver what we need? By probing and asking the right questions, we found flexible partners who worked with us to find a way to complete a deal that gave us our desired risk profile.”

It is important to build knowledge, borrowing from other commodities if need be, in order to dispel some common misconceptions that are not going to serve the renewable PPA market well.

One widespread argument is to present a PPA as a hedge against energy-consumption price risk. A hedge is defined as an offsetting position in a related instrument, in this case, the PPA price. For the PPA to truly be a hedge, the cash flows from the PPA (the buyer’s long position) would need to offset the cash flows at the designated load centers (the buyer’s short position).

There are plenty of situations in which a PPA, per se, would not hedge the buyer’s short position: imagine, for example, an extreme scenario in which power prices are consistently high when there is no generation, and low when there is ample generation. In this scenario, there is a high likelihood that the buyer’s consumption costs will not be directly offset by revenues from wind generation.

Fortunately for buyers, the performance of a PPA as a hedge can be evaluated quantitatively, with widely used and accepted hedge-effectiveness tests. The statistical evidence will either unambiguously support or reject the notion that the PPA is a hedge.

The other popular belief is that renewable PPAs provide protection against long-term energy inflation and volatility, often based on electricity price forecasts of up to 20 years.

Instead of using forecasts, it is better to rely on a range of scenarios to help understand all the plausible, even if improbable, outcomes in order to be prepared for any eventuality  — for example, natural gas prices staying at record low levels; electricity prices climbing or collapsing in the long run; retail prices going up but wholesale prices going down; and so forth. Nobody wants to have to explain to a CFO why a deal did not behave as positively as planned.

There are a number of alternative structures to a fixed-price PPA (with escalation) that are worth considering, in which corporate buyers can share market-price risk with the seller, as opposed to absorbing it fully.

The sharing can be structured in such a way that, on the one hand, the seller can still finance their wind or solar asset without having the corporate buyer carry 100 percent of the market price risk; and on the other hand, the buyer can rely on an instrument which is tailor made for its particular risk tolerance.

The corporate renewable market has expanded at an impressive rate over the last several years; the BRC and its members would like to see that continue. Market growth might face headwinds in a scenario of declining energy prices.

The possible negative impact of future low energy prices on the financial performance of PPA transactions over the long term calls for greater rigor in analyzing, structuring, and negotiating these agreements. As more market-risk experts come to the deal table, the availability of innovative options and structures to manage risk will help accelerate the industry’s reach and growth.

The bottom line is that the hockey stick PPA may not work for everyone: a wider array of options is needed in order to accommodate the complexity of each corporate’s risk appetite. 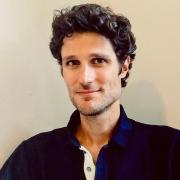 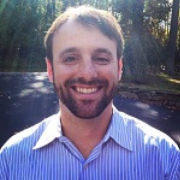 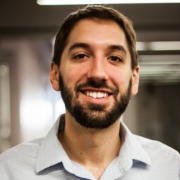