On April 23, Congress passed the Energy Efficiency Improvement Act of 2015, a small but important bipartisan bill focused on improving efficiency in U.S. buildings.

For many in the real estate industry, the most notable portion of the bill directed the U.S. Environmental Protection Agency (EPA) and the U.S. Department of Energy (DOE) to create a tenant-focused version of EPA’s very successful Energy Star for buildings program.

The new initiative, which the bill gives EPA the option of calling Tenant Star, is being hailed by a wide range of industry stakeholders as the next great tool for driving energy savings in commercial buildings.

It’s not hard to see the allure of Tenant Star. Energy Star’s Portfolio Manager is already successfully helping more than 400,000 commercial buildings measure, track, assess and report their energy and water use. And last year Energy Star expanded its reach to multifamily housing with the help of Fannie Mae. 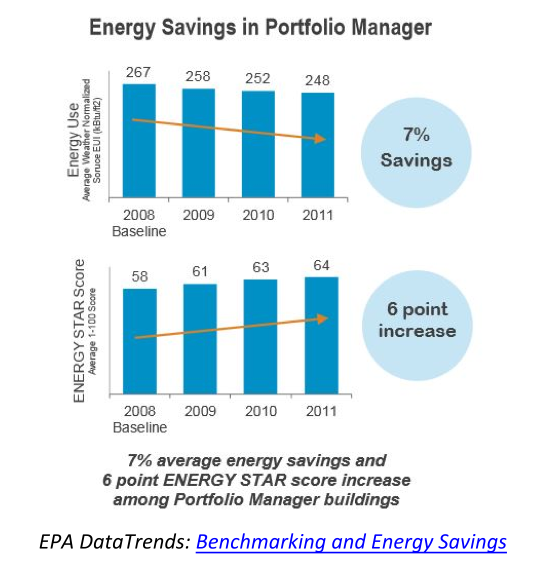 The key words there, however, are "whole building."

As property owners have become more sophisticated about managing energy use in their buildings, the composition of that usage has changed. Plug and process loads, which include tenant space items such as refrigerators, computers and printers, are widely considered the fastest-growing category (PDF) of energy use in office buildings.

So while base building systems such as boilers and chillers are getting more efficient, tenant spaces may offset savings by ignoring efficiency in their space design and occupant behavior.

Owners who invest millions of dollars to have high-performing buildings are rightfully worried that inefficient tenant spaces are, to some extent, undoing their good work.

Tenant Star could help secure investments in high-performing buildings by providing owners with a federally funded engagement platform to present to prospective tenants.

The program’s savings potential is staggering when considering only the roughly 6 billion square feet of existing leased office space in the U.S., and estimating about $1.10 per square foot for lights and plug and process loads, just 15 percent savings in tenant spaces would be worth almost a billion dollars in avoided energy costs — and that’s not counting potential savings for retail, education and other types of tenants.

Despite the large potential, there is still a long road ahead to reach a world full of Tenant Star-certified spaces.

From bill to real building efficiency

To start, the bill didn’t actually provide funding for the program, which is a particular problem because the EPA and DOE will have to build the program from scratch, and ENERGY STAR already runs on a shoestring budget.

ENERGY STAR uses data from the Energy Information Administration’s (EIA) Commercial Building Energy Consumption Survey (CBECS) as its baseline for whole building consumption, and there is no comparable study for tenant spaces.

Even in a best case scenario that Congress immediately funds EIA to develop a tenant version of CBECS, we’re not likely to see the results before 2018.

The agencies have about six months to lay out a plan to capture enough data to build a baseline for Tenant Star, and they’ll run into a considerable roadblock: the vast majority of leased office spaces are not sub- or separately metered, meaning there isn’t an obvious way to obtain detailed energy usage information.

This is a really significant problem. There are only a handful of markets around the country (New York, Chicago, San Diego, and Cleveland, for example) where many office tenants receive utility bills from either the landlord or utility that reflect real energy consumption, rather than a per-square-foot estimation.

So Tenant Star either will have to be built with a limited data set, reflecting relatively few markets or types of buildings, or there will have to be a major data collection process that could involve sub-metering tenant spaces around the country.

While we’re on the topic of office buildings, the same problem applies to a large portion of the enclosed retail spaces not currently covered by Energy Star/CBECS — you might be surprised to learn that most malls charge retailers for utility costs on a per-square-foot basis rather than actual meter readings.

So what’s a potential solution? One way to establish the program could be to focus on the space design rather than operational data.

However, LEED Commercial Interiors already has a well-established market for certifying the design and projected performance of a tenant space — and Energy Star is known for rewarding buildings’ energy performance, rather than projected numbers.

To change that now would likely only further confuse a marketplace already bogged down by information overload. A better solution likely will involve EPA and DOE working with as many owners and tenants from as many markets as possible to get confidential access to sub- and separately metered data.

The EPA then could base the Tenant Star scoring system on this data in the same way it bases Energy Star on CBECS data. The agency already did something very similar in creating Energy Star for data centers.

If we’re thinking about long-term impacts of Tenant Star, it’s a good bet that the first widely felt one will be a potential surge in sub-metered tenant spaces, likely accompanied by billing tenants for lights and plug load usage separate from other operating expenses.

Landlords mostly have avoided this structure until now, but it’s hard to imagine that tenants will want to pursue Tenant Star certification without accruing the benefits of a more-efficient space. A new Energy Star program won’t magically provoke tenants to think or act differently about how they occupy their space, either.

Take a look at the adoption curve for the original buildings program: 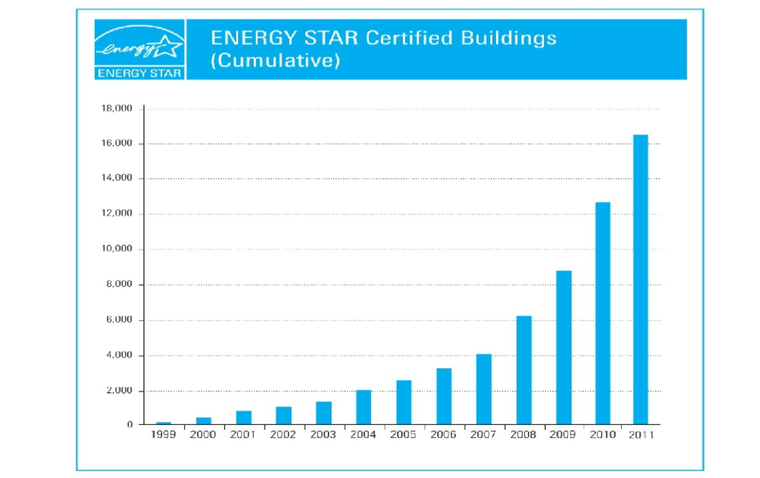 Matching this track record will require time and effort on the part of building owners, and likely some changes to the way they currently interact with tenants and structure their leases.

Some leading owners and managers already understand this and have solid tenant engagement programs in place. If you’re wondering which companies have done so, the list of the 2014 and 2015 Green Lease Leaders is a great starting point.

The potential is extraordinary, but realizing it will require sustained effort to nail each step along the way.

Are We Missing the Green Buildings Deal of a Lifetime?