The Environmental Protection Agency's (EPA) Portfolio Manager, used by more than 9,000 hotels across the United States to benchmark their energy and water performance, is about to undergo some significant changes.

On July 10, the EPA will release a complete upgrade of the online tool. Users of the new Energy Star Portfolio Manager tool will enjoy an easier-to-use interface, more streamlined sharing tools and enhanced reporting features, according to EPA.

For example, data entry will be easier with improved graphics, wizards and prompts. Collaboration will be improved with advanced sharing and reporting functions.

In preparation for the new release, Energy Star Portfolio Manager has been completely unavailable since June 26 through July 10, when the new tool is launched. Those hotels in the process of submitting data for Energy Star certification must have completed their submissions before June 26 or will have to start the application process all over again in the new tool.

According to EPA, hoteliers, in particular those who design and construct new hotel properties, will benefit from the new "design" tab, where they will be able to monitor and track their new design projects' intended energy performance alongside the rest of their existing properties. Once a new property is constructed and in operation, hoteliers simply can add the new property to the rest of their portfolio within the tool.

In conjunction with the launch of the new tool, Energy Star is updating energy conversion factors, weather data and greenhouse gas emissions factors with the most up-to-date information available. These changes are likely to result in changes to buildings' performance metrics, including their energy use intensity and their 1-to-100 Energy Star scores.

A score of 75 or higher makes a building eligible to earn EPA's Energy Star. A hotel building is not compared to the other hotel buildings entered into Portfolio Manager to determine an Energy Star rating. Instead, statistically representative models are used to compare a building against similar buildings from a national survey conducted by the Department of Energy's Energy Information Administration.

"As of March 31, 2013, there were more than 450 Energy Star-certified hotels," an EPA representative said. "We expect the number of hotels that measure and track their energy use in Energy Star Portfolio Manager to continue to grow in the coming years. This is in part due to a growing awareness among the owners and managers of all commercial buildings of the fact that energy efficiency is the single most cost-effective way to save energy, save money and reduce greenhouse gas emissions. Benchmarking is the first step in that process, since you can't manage what you don't measure. In fact, a recent EPA study found that buildings that consistently benchmarked their energy use in Portfolio Manager for three years saw an average energy use reduction of 7 percent. That speaks to the power of information."

Cities mandating use of Portfolio Manager

"The majority of the feedback we received from our users revolved around data entry and reporting," the EPA representative said. "Users requested a more intuitive user interface that would simplify the benchmarking process." 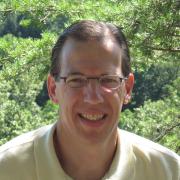