The way that you trade energy soon could have a whole lot more star power.

Elon Musk is entering the energy trading scene with a new Tesla Energy software asset called Autobidder, which would allow both providers and consumers to exchange their energy capacity. The software is being used to run the company’s new battery farm in South Australia.

Electrek reports that Autobidder is just one early step in Tesla’s ultimate goal of becoming an electric utility company. Last year, the EV news site reported that, according to Musk, "the company’s energy division, Tesla Energy, is becoming a distributed global utility and it could eventually outgrow Tesla’s automotive business."

Now Autobidder is here to help take Tesla energy to the "giant distributor global utility" level. "The idea," according to Electrek, "is that Tesla would keep deploying more solar and energy storage systems, big and small, at the residential level and on utility-scale, and manage those distributed systems to act as a giant electric utility."

Musk’s company is "already using Autobidder as a part of its Powerwall deployment with Green Mountain Power in Vermont" and seeks to use the program in the United Kingdom to take its first steps to becoming an energy provider there if it can secure the proper licensing.

"Though its website is clogged with business-to-business doublespeak, if Autobidder's overall behavior at that battery farm is any indication, the model itself is pretty straightforward," reports Popular Mechanics. "Battery facilities like Hornsdale Power Reserve are designed to capitalize on the difference between peak usage and low usage."

As home solar panels turn homeowners into both consumers and producers of energy, managing energy flow to and from the grid has become much more complicated. The popularization of solar and other independent sources of renewable energy which allow individuals to produce excess power and sell it back to the grid has led to the rapid growth of Distributed Energy Grids (DERs).

But while these producer-consumers are revolutionizing the way that the energy market works on a small scale, their buying and selling remains under the control of the utilities. That’s where Tesla’s new ambition comes into play — starting with Autobidder.

Electrek breaks it all down in layman’s terms: "Basically, people who own battery farms and even homeowners with rooftop panels shouldn’t need to have business degrees in order to translate their investment into a reduced utility bill or even a passive income stream. Autobidder is using an adapted version of the software model for automated stock trading or any other machine learning algorithm that buys and sells goods. (Right now, that also includes the people who have trained software to automatically buy out masks, toilet paper, and other necessities.)"

Getting into the utilities game with a focus on renewable energy sources seems a particularly good idea at a moment when everyone from the World Economic Forum to Forbes is proclaiming, "In A Post-Pandemic World, Renewable Energy Is The Only Way Forward."

Musk’s vision for Tesla Energy could bring Tesla into even more prominence in the business sector. 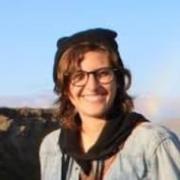 See all by Haley Zaremba