Intellectually speaking, most corporate real estate managers and developers "get" the value of building efficiency retrofits such as LED lighting and sensor upgrades.

Practical objections over how to finance same, however, often keep those discussions from turning into real projects. So one company, Enlighted, is borrowing a model from the high-tech industry — where hardware is sold "as a service" — to override the capital expenditure objection.

Under its new offering, the Global Energy Optimization program, facilities managers or real estate companies receive lighting upgrades without having to invest upfront. In exchange, they agree to pay a set rate for the saved electricity (this varies depending on the extent of the improvements and the region in which the facility is located).

It's sort of like the power purchase agreements that organizations negotiate for on-site renewable energy projects, only the focus is on reductions. Enlighted guarantees savings of 10 to 20 percent on the energy bill.

So far, the program has been adopted at more than 228 locations, across 30 states, with roughly 19.4 million square feet installed. Enlighted names Fortune 500 retailers and telecommunications companies as its clients. Some brands that have gone public with their commitment to the technology (not necessarily this specific model) are AT&T, Agilent Technology, Google, Interface Global, LinkedIn and Starbucks, according to the company's website. 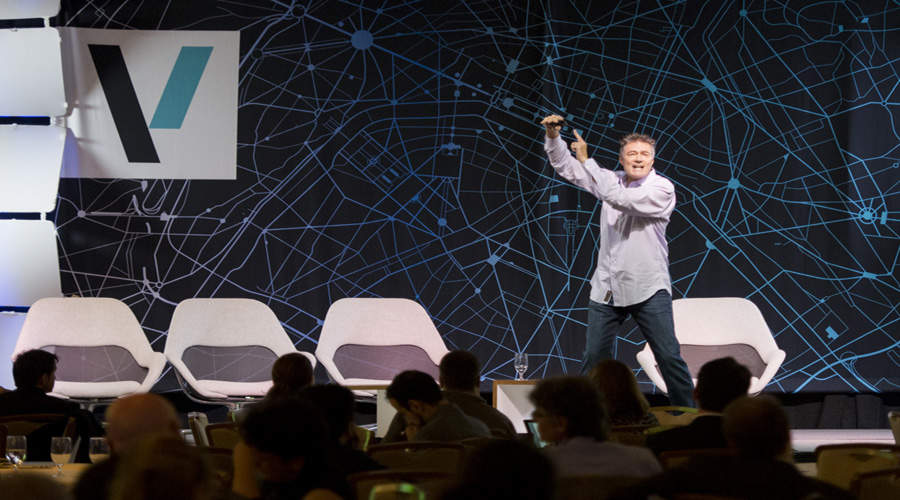 Could this approach be as effective as the SolarCity model that transformed residential rooftop solar installations? Enlighted Chairman and CEO Joe Costello, previously the top executive at Cadence Design, is optimistic.

"Business-model innovation is just as crucial as our technological innovation for addressing the massive global energy problems we face," Costello said when announcing the new program. "We are thrilled to have landed on the mechanism that will quickly diffuse this technology across a company's global real estate portfolio."

Enlighted already has arranged up to $40 million in financing for its service, but is targeting more than $1 billion over the next several years. Costello won't name the more than one dozen banks and financial institutions that are backers, but Deutsche Bank Securities is quoted in its press release about GEO.

Over time, Enlighted believes the rich data collected by its smart lighting sensors will be valuable for a host of other applications ranging from HVAC optimization to security to fire prevention and other safety services to occupancy trends.

For example, information about when people use offices and conference rooms could be used to help building owners determine whether certain spaces are underused and could be used for different functions. Enlighted plans to introduce analytics services over time, for which it will charge ongoing subscriptions.

"When you look at the apps, lighting is actually the least valuable," Costello said. "We are the Internet of things for commercial real estate. We are the nervous system or the brain."

How Internet of things startup Verdigris gives buildings a voice