Like no time in the past, organizations now have choices about where and how their electricity is generated.  Many are looking to make a difference by voluntarily buying green power to reduce the risk of climate change and the environmental impacts associated with their electricity use.

Some organizations are developing projects on their own and others are entering into long-term contracts. Both approaches offer advantages beyond simply using green power; they also contribute to new capacity and, for some, provide valuable economic benefits.

These trends are reflected in this year’s Green Power Leadership Awardee accomplishments. Award winners were recognized last month by the EPA for demonstrating leadership among their peers nationwide. From large corporations and universities to small cities, the range of award winners and their accomplishments highlighted below illustrate long-term commitment to green power. 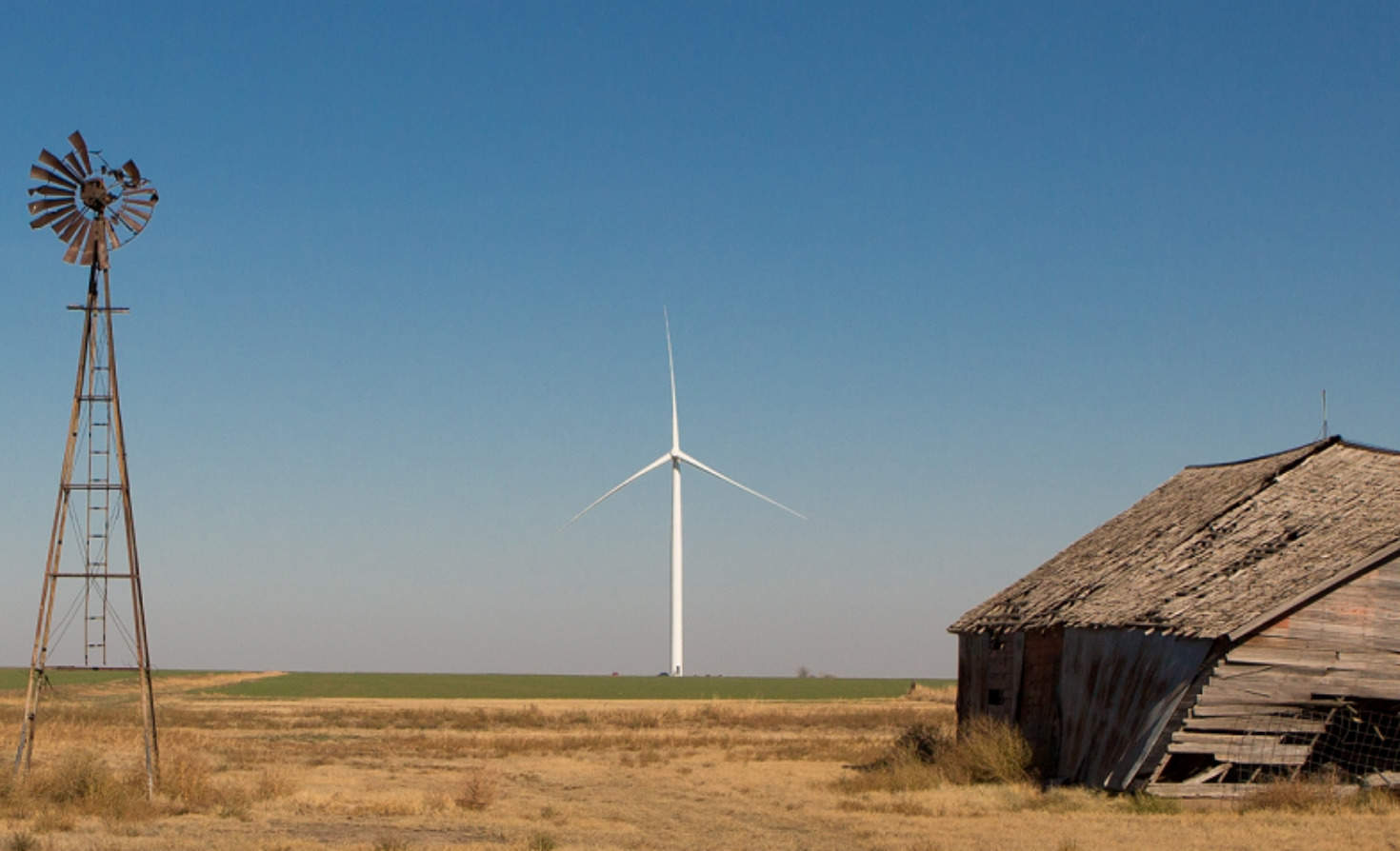 For example, Oklahoma State University signed a 25-year power purchase agreement with Oklahoma Gas & Electric to purchase the output of the 26-turbine Cowboy Wind Farm to provide electricity for the university’s campus. That set a statewide precedent.

Another winner, Google, is using on-site generation and long-term power purchase agreements to power its data centers with 100 percent renewable energy. To date, Google has signed 1040 megawatts worth of long-term wind contracts, including a 20-year contract for the entire output of the 240 MW Happy Hereford wind farm outside of Amarillo, Texas, and a second 20-year contract for 48 MW of the Canadian Hills Wind Project in Oklahoma.

Kohl's Department Stores is generating more than 36 million kilowatt-hours of green power annually from on-site solar and wind projects and using it to answer its own electricity needs.

The city of Beaverton, Ore., invested in on-site generation which led its city council to approve construction of a 433 KW solar array on a local reservoir, one of the city's largest electricity users. Under a 25-year power purchase agreement, Beaverton will purchase the electricity generated from the solar array at a discounted rate.

Another emerging trend the EPA sees is municipal governments from cities and towns of all sizes buying green power. They are accelerating the development of a robust clean energy portfolio across the country. Seven of the 19 Green Power Purchaser awardees this year were municipalities in Oregon, Texas, New Hampshire, Nevada, Pennsylvania and Tennessee. 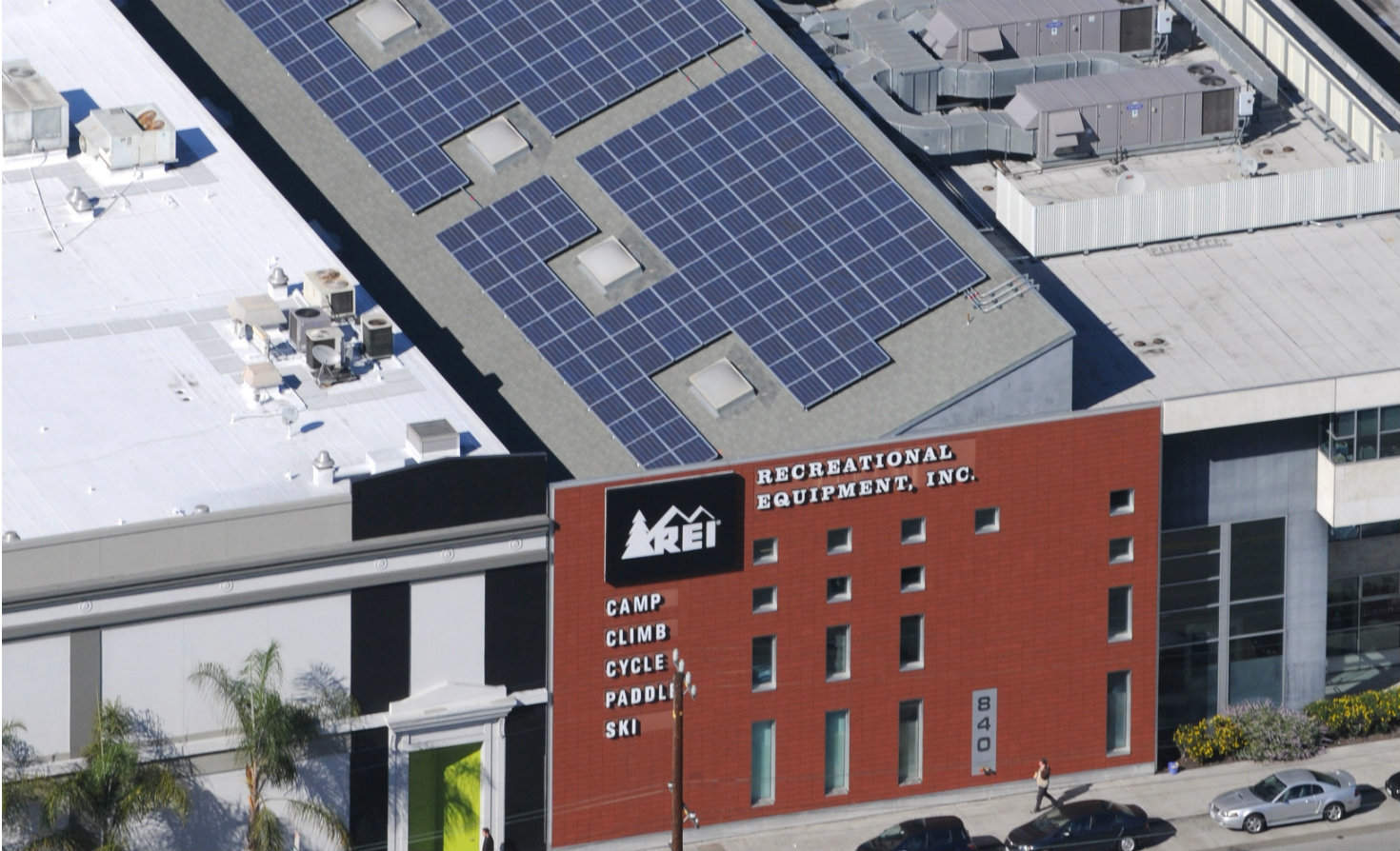 Solar panels atop an REI store in San Francisco

Kohl’s showcases sustainability efforts via KohlsGreen.com, overhead announcements and window decals to remind customers and associates of the company's environmental initiatives. REI not only engages its customers and employees in the organization's renewable energy efforts but also has extended its influence to its supply chain by asking suppliers to benchmark performance in energy consumption and renewable energy sourcing. Herman Miller holds educational seminars for suppliers and encourages state and local government officials to develop energy policies that support renewable energy and energy efficiency.

Cities and towns, meanwhile, are encouraging citizens to support use of renewable energy sources. For instance, Beaverton's solar panel installations and renewable energy purchases arose out of a citizen-based community visioning process. The city encourages community members to invest in on-site generation as well. Philadelphia uses an education and outreach program to raise awareness about renewable sources and encourages city stakeholders to purchase green power.

As the green energy market continues to expand, the EPA expects to see these trends continue and strengthen. And, as the cost of renewable energy continues to drop, it expects that organizations nationwide will have even more options available for how and where their electricity is generated.

The EPA’s Green Power Partnership is a federal voluntary partnership program, meaning any organization that meets the program’s requirements can join for free. The Green Power Partnership has grown to more than 1,300 partner organizations buying more than 28 billion kilowatt hours of renewable electricity annually, thereby substantially reducing the environmental impacts associated with conventional electricity use.

The 2014 Green Power Leadership Awards were granted in December during the Renewable Energy Markets Conference in Sacramento, Calif.

REI Steps up to 20% Green Power

How cities and counties are showing the way on climate action