The following is an edited excerpt from the last chapter of "Replenish: The Virtuous Cycle of Water and Prosperity" by Sandra Postel. Copyright 2017 Sandra Postel. Reprinted with the permission of Island Press, Washington, D.C.

On Dec. 24, 1968, the crew of Apollo 8, the first manned mis­sion to the moon, beamed back to Earthlings one of the most iconic and transformative photographs of the 20th century: Earthrise. It showed our planet in its most fragile, isolated and vulner­able state — aloft in outer space. Yet against the barren moonscape, the swirling blues and wispy whites turned earth into a stunning gem in the vast darkness. Water, the source of life, and every astronaut’s holy grail, cloaked the planet like a comfortable shawl.

Earthrise showed us unmistakably that water is the planet’s greatest gift, the gift of life — and that it is finite. From that knowledge flows a moral truth: if water is essential to life, and it is finite, the ethical response is to share it with all of life.

Stewardship of earth’s finite freshwater is all about finding an entry point and then taking action. For some, that means bringing about change through the channels of policy or law. For many conservation­ists, it is taking on strategic projects that return water to a damaged ecosystem. For a growing number of businesses, it is about reducing the environmental effects of their products. And for others, it is acting locally to better a river or watershed they know and love.

Such was the case for Roger Muggli, a third-generation farmer in the Yellowstone river basin of eastern Montana. I visited him at his farm outside of Miles City on a warm summer day in August 2013. Muggli’s call to repair the Tongue River, a major tributary to the Yellowstone, came at the ripe age of 10 when he was shocked to find fish flopping around on his family’s farmland. A diversion structure, 12 Mile Dam, was blocking saugers, suckers and sturgeon from reaching their spawn­ing grounds. Aside from that, some fish floating downstream were get­ting swept into the local irrigation canal and spewed onto his family’s cropland. 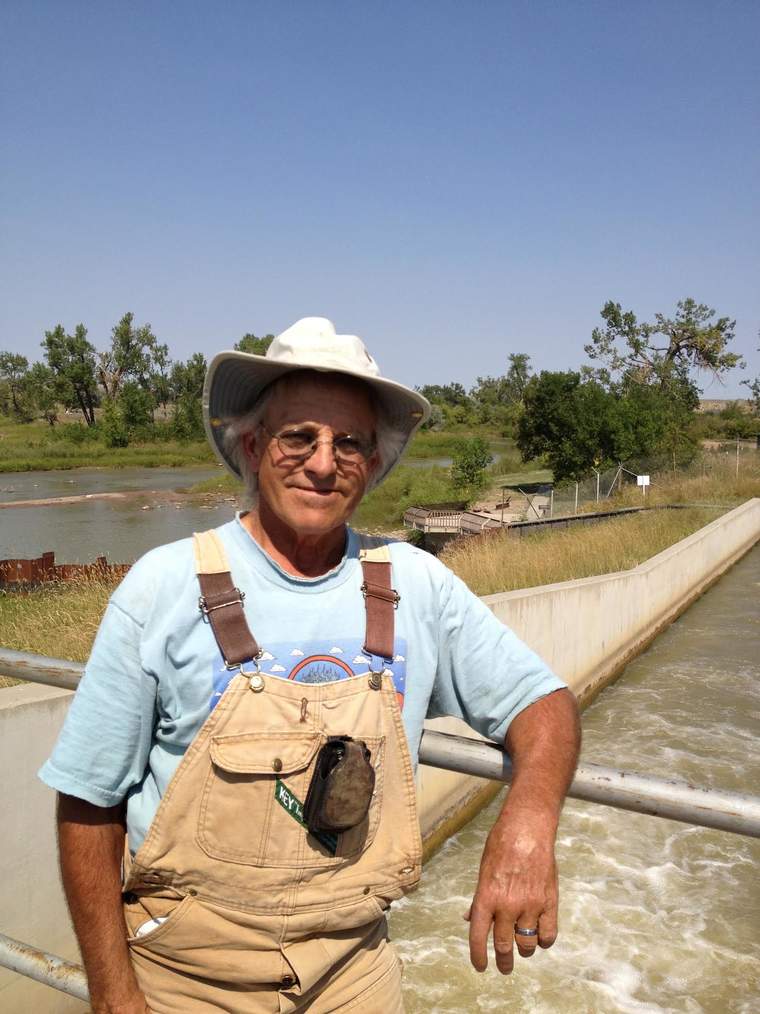 "I couldn’t stand to watch them die in the field," Muggli recalled. He would scoop stranded fish into buckets, hop on his bike and release them into the Yellowstone River, which flowed near the Muggli farm. He tried placing a screen against the canal’s headgate, but it got so clogged with debris it would no longer pass irrigation water. The week he got his driver’s license he took a bucket of fish from his field down to local officials, convinced that they would be mortified like he was at the death of so many innocent creatures. Instead, they shooed him out of the office. Undeterred, and fortified by his mother’s reminder that he would outlive the older folks shouting him down, he waited for his opportunity.

It came in 1986, when, in his late 30s, Muggli was elected to the board of the Tongue and Yellowstone (T&Y) Irrigation District. Both his father and his grandfather had served before him, so the Muggli name was well known around Miles City, where he’d lived his whole life. In addition to farming 1,700 acres, Muggli owns and operates the largest feed-making plant in Montana. In the off-season, he and his team turn alfalfa and grains into some 30,000 tons of pellets that feed livestock throughout the state.

Stewardship of earth’s finite freshwater is all about finding an entry point and then taking action.

From his position on the T&Y board, Muggli went about build­ing a coalition of partners to solve the problem that had plagued him since he was a boy. The first fruits of his crusade materialized in the late 1990s, when, with support from public agencies and private conserva­tion groups, he oversaw the installation of a new headgate system on the canal. Muggli showed me an inlet with a baffled wall that allows water through but keeps fish out, and a passageway that guides fish carried into the inlet right back to the river on the dam’s downstream side. As a result, many thousands of fish previously siphoned into the irriga­tion canal to meet certain death were now heading downstream to their mother river, the Yellowstone, which ultimately joins the Missouri, the nation’s longest river.

"You’ve got to fight it to the end or it’s not going to get fixed," Mug­gli said.

In 2007, Muggli’s full dream for a fish-friendly diversion dam was realized. With assistance from state and federal agencies, as well as the Nature Conservancy, a $400,000 bypass channel was built to enable fish heading upstream to spawn to circumvent 12 Mile Dam. State fisheries assessments have found that the Muggli Bypass is helping a wide variety of native fish get past the dam. Shortly after the upgrade at 12 Mile, two other diversion structures farther upstream on the Tongue began to be dismantled. Combined with the Muggli Bypass, their removal opens up some 190 miles of river habitat and spawning grounds on this critical tributary. Success on the Tongue has also inspired fish-passage projects on the Yellowstone, in particular to aid the ancient and endangered pallid sturgeon.

Ambitious efforts like these require a great deal of collaboration and commitment among many agencies and stakeholders. But the spark for stewardship came from a 10-year-old boy’s resolve to do something about the stranded and dying fish in his family’s fields.

"It’s a complex world and we have to be responsible players in it," Muggli said. "I want to leave this place better than I found it." And as for those naysayers that his mother advised him about: he outlived them all, he said. "They’re all pushing up daisies."