<p>Will Europe be the first region to hit the tipping point in smart water?</p>

Acciona Agua, the water services division of Acciona, a global renewable energy, infrastructure and water services group, will deploy Spain's first smart water grid in the western city of Cáceres as part of a European project that aims to apply new technologies to the management of drinking water networks.

As the water concessionaire for Cáceres, Acciona Agua will introduce the new "smart water" technologies in the town's historic quarter and city center, which is expected to detect underground leakages, deliver real-time control over water quality and remote meter reading.

Cáceres, a member of the Spanish Smart Cities Network, will become a pioneer in incorporating "smart city" technologies into its water supply.

Acciona Agua will use a single software platform that integrates several technologies, including remote meter readers, geographic information systems, remote control information, a large number of water quality monitoring sensors and the mathematical model for predicting the behavior of the supply system. These, in turn, will enable Acciona Agua to develop an advanced business management strategy for the Cáceres drinking water network.

The applied technologies will allow Acciona Agua to detect faults, jams or leaks as they happen, reducing the time required to locate and repair them. Until now, leaks could be detected only using conventional listening scans.

The project will introduce remote meter-reading and will be able to detect unusual consumption patterns, enabling Acciona to alert users to possible leaks at home. Non-domestic users will benefit as well: They will be able to check their accumulated consumption on a special website.

These innovations are expected to generate significant environmental benefits. The early detection of leakages, in particular, will significantly reduce the volume of "lost" or wasted drinking water.

The project also will allow Acciona Agua to measure the efficiency and cost savings obtained through the application of smart technologies. Real-time data is expected to optimize investment plans according to real needs, as well as hone the management of water services.

The Cáceres project forms part of SmartWater4Europe, an EU research project that brings together 21 participants, including water utilities, technology companies, universities and research centers. The project has a budget of more than €10 million, of which €2.5 million has been assigned to Cáceres.

The project is led by three water utilities: Acciona Agua of Spain, Vitens of the Netherlands and Thames Water in the U.K. Together with France's University of Lille, the water companies will be responsible for integrating the software and instruments to the grid at four demonstration sites across Europe. Results will be measured over four years.

Vitens will lead the project in the Dutch province of Friesland, Thames Water in London and the University of Lille in the Villeneuve d´Ascq science city. Acciona Agua chose Cáceres, where the project will cover 74 kilometers of the grid, or about 35 percent of the city's drinking water network.

During the four years of the project, Acciona Agua's Services, R&D and innovation departments will analyze and quantify the data in order to apply the experience in other cities. 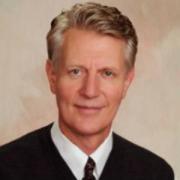