Ever heard of a ZEC? Nuclear energy in New York banks on it

New York, New York. What a great town — and state.

Born in the Bronx before moving out West at a young age, I couldn’t be more proud of the Empire State or its Public Service Commission for recently adopting a zero-emissions credit, or ZEC.

As someone who has spent a good portion of my adult life in and around the nuclear sector, it’s exciting to see New York’s growing leadership on clean energy under its Reforming the Energy Vision initiative, and more specifically, the state’s unveiling of the first emissions standards created specifically for nuclear power in the U.S.

Considering that New York has a mandate set by Gov. Andrew Cuomo to generate 50 percent of all its electricity from renewable sources by 2030, it has become increasingly obvious that without nuclear power, Cuomo’s goal never will be achieved. New York’s Energy Czar Richard Kauffman recently made this point.

Therefore New York, which has opposed hydraulic fracturing or "fracking" under Cuomo, is emphatically making nuclear power the real bridge fuel; one that is cleaner and more protective of the environment than natural gas. Additionally, the ZEC move only amplifies the idea that nuclear power should be seen as a complement to renewables, and not an alternative to them — a topic I’ve written about before.

New York is emphatically making nuclear power the real bridge fuel; one that is cleaner and more protective of the environment than natural gas.

With climate change and air pollution being growing topics of interest for many people around the world, the idea of creating clean energy standards that support nuclear, such as the one in place in New York, soon should be emulated — not only in other states in the U.S., but also in other nations around the world. This stance certainly makes even more sense in the post-COP21 period that has seen 177 countries (PDF) sign the Paris Agreement that likely will take effect within weeks, according to President Barack Obama.

Even if one is skeptical of our impact on climate, humans most certainly have an impact on air quality. Therefore, no matter one’s stance on anthropogenic global climate change, the implementation of ZEC in New York is extraordinarily important to make sure we retain the clean energy benefits of our mature nuclear plants.  Remember, America’s current fleet of nuclear power plants generates about 63 percent of all zero-carbon and zero-emission energy in the U.S. and avoids billions of tons of air emissions.

ZEC also brings a concept called the social cost of carbon into play — a metric developed by the EPA that is intended to bring greater consideration of flooding, agriculture, property damage and human health into the equation when considering energy alternatives.

The basis of this concept is climate change, but the same considerations can be applied to the promotion of human health and prevention of air pollution. Using the concepts inherent to the Social Cost of Carbon equation, in my view, nuclear clearly rises to the top upon an examination of all costs and benefits.

Unfortunately, there have been a number of premature nuclear plant closures in the U.S. since 2012. While those units were actually operating quite well, the decision to shutter these plants did not consider the health and economic benefits those plants brought to the table. Lawmakers in New York are recognizing this backward dynamic — and have acted boldly to correct it in their state.

Relevant to this discussion, in recent weeks massive power outages in South Australia have affected 1.7 million people, and more in Puerto Rico left 1.5 million people without power. This may make the ZEC not just an important piece of legislation from an environmental perspective, but also from the power resiliency goal that New York’s initiative seeks to promote. Why? Simply put, renewables alone cannot keep the lights on in our modern, energy-intensive society.

Any increased use of fossil fuels due to nuclear power plant closures would be an enormous mistake.

In fact, as it relates to the Australia power outage, there have been calls over the past few days for an inquiry to explore whether there is too much reliance on renewable energy — something the country’s prime minister, Malcolm Turnbull, claimed was a "wake-up call" on energy security and an acknowledgement of the simple fact is that too much reliance renewable energy sources can create grid instability.

In light of these obvious facts, why are people in the U.S. demanding that additional nuclear plants be closed in the U.S.?  What agenda is driving the opposition to ZEC from a few so-called "environmental" groups?  In my view, the ZEC seems well-timed, because any increased use of fossil fuels due to nuclear power plant closures would be an enormous mistake that degrades our air quality and undermines the spirit and commitments of the Paris Agreement.

As legendary entertainer Frank Sinatra once sang, "If I can make it there, I’ll make it anywhere." By putting the ZEC forward, New York is making the bold moves necessary to truly achieve a clean energy future. And when it’s successful, we expect to see the ZEC spreading the news and benefits beyond New York. That could be a positive development for an energy sector attempting to position for a truly cleaner and more resilient tomorrow. 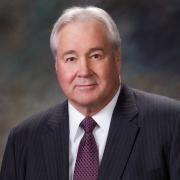 See all by Stephen Antony