For every action: how cities are using new tools to drive climate action

With every country in the world committed to the Paris Agreement (including commitments from a large portion of the United States even though the White House has announced its intention to withdraw), cities are in the driver’s seat in leading the charge against climate change. Cities hold over half the world’s population, and generally have the political and economic power to drive a lot of the needed action. These leading cities — many of which are members of coalitions such as the C40 Cities Climate Leadership Group (C40) — have compelling stories to tell and lessons learned that are paving the way for others within and beyond their direct networks.

Take the city of Detroit as an example. Climate change was not on the agenda for Mayor Mike Duggan when he first took office. He was dealing with a city in bankruptcy and suffering from decades of disinvestment, with immediate economic and public safety issues that had to be addressed. Taking actions that aligned with good climate planning created the political will for the mayor to do more, and to realize that climate mitigation, adaptation and resilience projects could help meet other parts of his agenda.

An early win for the Duggan administration was a complete overhaul of the city's streetlights, in which the entire system was replaced with LED streetlights. It was the largest LED streetlight replacement in the country at the time, and it was done to meet basic city services and address public safety while saving the city money on its streetlight expenses.

Now Duggan has hired the city's first sustainability director, is working on a sustainability plan and is moving more projects forward. He signed the Chicago Climate Charter (PDF) at a gathering in December as one of over 50 mayors making commitments to further climate action. I spoke with him then and asked him what motivated him when climate change was not one of the top issues he was grappling with for his city. Duggan said, "When we replaced all of our streetlights with LED fixtures, it just made sense. It made the neighborhoods better while saving money. These goals don’t have to be in conflict. So it's important to be here, and to do more."

When we replaced all of our streetlights with LED fixtures, it just made sense. It made the neighborhoods better while saving money.

City leaders committed to climate action are as diverse as the cities across the U.S. that they represent, yet there is a growing awareness that cities can — and should — share valuable resources and tools that can maximize efficiency and effectiveness in not just setting targets, but in making meaningful progress toward them. To accelerate this work, C40 has created the C40 Climate Action Planning Framework (which Rocky Mountain Institute provided input on) and an online resource center to support it.

C40's new framework is part of a larger effort to help cities realize the level of action they must take now to make meaningful progress toward carbon reduction goals, and to build the capacity of leaders to take action. The network recently required that all C40 member cities have a comprehensive climate action plan (CAP) by 2020. The C40 Climate Action Planning Framework defines what this means and creates a process for creating those plans. The framework will be useful to cities that are not part of C40’s network as well, as it can help align more leaders around a common approach to combat climate change and streamline efforts for other cities to launch comprehensive plans themselves.

The framework covers a range of components required for a climate action plan to be comprehensive and ultimately to set a city on a path to success. It is organized around three pillars:

The framework serves as a strategic tool to ensure plans are created or to help them be revised to be more thorough, and it also can help cities to create a review process to make sure their plans are actionable. It defines a series of elements within each section of the plan — categorized by whether items are essential or "go further" — that can help a city choose among them depending on its own level of ambition.

The framework considers both mitigation and adaption in an integrated fashion, and focuses on a 2050 target while also requiring interim goals. It also requires mapping what jurisdictional authority the city has and identifying other stakeholders necessary for moving a CAP forward. The framework also integrates other nonclimate benefits to help with other city priorities, and to plan for an inclusive approach that provides benefits across the city’s population.

This planning effort is meant to accelerate city action as part of a broader effort by C40 cities. C40's report Deadline 2020 showed that cities must launch significant action by 2020 to keep the world’s temperature rise below 1.5 degrees Celsius. Comprehensive CAPs can help cities recognize the scale of the changes they must make, and then prioritize them appropriately to meet their goals. The plans can create a reality check while also setting the stage for action. According to Mark Watts, executive director of C40, "C40's Climate Action Planning Framework was developed for cities by cities. To achieve the highest goals of the Paris Agreement, at the lowest cost and with the greatest benefits, cities need to act now. Without a long-term vision and a robust action plan, precious time and resources are being wasted. This framework is designed to support all cities — wherever they are in the world — develop ambitious, evidence-based, inclusive and integrated climate action plans."

Of course, if creating a plan is all that cities do before 2020, then they'll already have missed the critical window for action. Cities must begin launching actions in parallel with creating their plans. The luxury of waiting for comprehensive plans to be completed before taking action is not one that we can collectively afford. Yet neither should cities launch ambitious actions that their plans might contradict.

The luxury of waiting for comprehensive plans to be completed before taking action is not one that cities can collectively afford.

Fortunately, "The Carbon-Free City Handbook" can help address that gap. Released at COP23 in 2017, "The Carbon-Free City Handbook' defines 22 recommended actions that drive significant impacts while creating economic development. They are intended as "no-regrets" steps for ambitious cities to launch actions. While all of these actions will help address the need for cities to reduce their carbon footprint, these are not bitter pills that must be swallowed. Instead, they will help cities more quickly become models of thriving urban centers. Failing to take action at this time is likely to create greater economic vulnerability for cities. While the comprehensive CAPs will round out the activities cities must undertake, these 22 actions can create momentum before 2020.

Smaller cities with limited budgets and resources might forego the work of creating a comprehensive plan altogether, and instead build on best practices and their own knowledge of their cities to create an action agenda and begin implementing it.

Planning is often seen as a necessary step to build political will for comprehensive action, but resistance to plans also can make it hard to build in the necessary level of ambition. Taking immediate action can help build the will for more comprehensive plans. Seeing that actions can successfully create economic opportunities and community acceptance can build momentum for the political will to tackle more.

Action and planning working together

C40's new framework is a great tool for creating comprehensive climate action plans. It is likely to define the parameters and guide practitioners for many cities globally, far beyond the boundaries of the C40 network itself. To begin a journey, it's fine to start moving in the right direction, but to arrive at your destination, you'll need a good map. 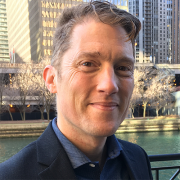 How many hours-of-safety do our homes have in extreme weather?

See all by Jacob Corvidae