Exit Interview is an occasional series profiling veteran sustainability executives who recently have left their job.

Last week, Arthur Weissman stepped down as president and CEO of Green Seal, the nonprofit eco-labeling organization he joined in 1993 and had led since 1996. I’ve followed Green Seal since it was founded in 1989 (and, in fact, attended the group’s organizing meeting that year, in Washington, D.C.) and watched it both grow and struggle — and ultimately endure. Today, Green Seal has become a core part of the eco-labeling scene in the United States, for both consumer products as well as those sold to businesses and institutions.

In the run-up to Weissman's departure as chief executive, he and I discussed his and Green Seal’s journey, the state of eco-labeling and where things might go from here. The conversation has been edited for clarity and length.

Joel Makower: Let’s start with a little of the background that led to you joining Green Seal.

Arthur Weissman: I had been at EPA for almost a decade, from the early '80s to the early '90s. So, I experienced various administrations and the frustration of bureaucracy and had started looking around during the first Bush presidency, as volunteerism and using market incentives started coming into the fore as an alternative to regulation.

As I looked around, I came upon Green Seal — a small, nonprofit that, by the time I joined it in 1993, was only several years old. So it was kind of a nonprofit startup and was on the cutting edge of trying to promote greener products and services, looking upstream rather than downstream, when the pollution had already taken place and the products were wasteful. I had spent most of my time at EPA dealing with Superfund, which is all about what happens downstream at the end of the line, where you have all the toxic waste to deal with. Green Seal wanted to get the toxics out of products in the first place.

Makower: What did you see as the big opportunity at Green Seal in 1993?

The opportunity was to transform the economy, nothing less than that.

Weissman: The opportunity was to transform the economy, nothing less than that. Of course, it was kind of a joke, in a way, coming from a big organization like EPA, with 13,000 or 14,000 employees. I was coming to an organization that had 11 people and wouldn't even qualify as a division in EPA, and yet had a mission of greening the economy. But that was really what we tried to do from the beginning, and what I've been trying to do all the time I've been at the organization and what we continue to try to do, which is to be an agent of the transformation of the economy by helping to identify and then promote and reward those products and services that meet the highest sustainability standards.

Makower: You were the third chief executive of Green Seal. And up to that point, and maybe even including that point, Green Seal had tried to be a consumer-facing label. Why do you think that part never really took off?

Weissman: Well, just to finish your first question about what we hoped to achieve. By saying, "Greening the economy," two-thirds of the economy is the consumer economy. You can imagine, with our name, Green Seal, that's who we were targeting: the consumer.

It never occurred to our founder, Rena Shulsky, much less our early boards, that we were dealing with anyone else. They didn't, frankly, even know much about what we call the I&I, the institutional and industrial economy, the remaining one-third of the economy — government and company-to-company purchasing. That wasn't even in their thinking. It was, "How do we get the consumer to change her behavior?" 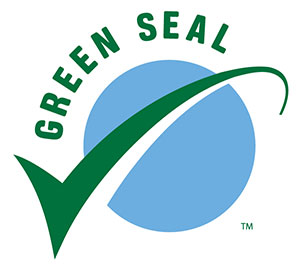 Why that did not materialize was one of the big surprises to everyone, including myself, one of the biggest shocks that we had in our first decade or more of existence.

I would say there were two reasons for it. One, the consumer has never been focused on the environmental or sustainability aspects of products. They are focused, when they buy something, on what the product does and how much it cost, and does it do what it's supposed to do? That's what they're thinking about, and most of us think about, frankly, as well.

So there has always been that gap between the profession of doing that and the actuality. The consumer is fickle. You don't want to base your effort in greening the economy on the consumer. The consumer has to be kind of led along or be an agent in it almost unwittingly. It has to be built into the consumer product.

The consumer is fickle. You don't want to base your effort in greening the economy on the consumer.

The other major thing that we never anticipated at the beginning was that industry would mount such opposition to Green Seal and third-party eco-labeling.

It wasn't just Green Seal, because we were very small then. It was the European eco-label that they were most concerned about and its effects on the United States and on multinationals. They formed this thing called the Coalition for Truth in Environmental Marketing Information. They got the former EPA general counsel to head it and lobby the government against eco-labeling as something that the government should not rely on: "It's an abrogation of federal procurement responsibility to take an eco-labeled, certified product." That was essentially their argument.

We didn't ever expect that, and we had to spend a lot of resources and time in the 1990s fighting that, which we did somewhat successfully. I think it damaged us, to some extent.

Makower: Somewhat ironically, given business pushback on Green Seal, you become more of a B-to-B organization, setting standards and certifying products that are sold to business and institutional buyers.

Weissman: We started a program in the mid-1990s called Environmental Partners when we saw that certification wasn't taking off like lightning, as we expected it would. The program was a way of getting at the demand side, because up until then, we had been trying to get the suppliers, the manufacturers, to come and get their products certified. It was like we had set out the table at a party and said, "We have these wonderful, very difficult standards for you to meet. Come pay a fee to meet them."

That wasn't going to go very far, except for a few companies that had sustainability in their core values, until we pushed the demand side. That's what we were trying to do with Environmental Partners: to get institutions to say that they're going to buy green. As we started doing that, we also got inquiries from some of these institutions, "Can you help us do that?" because they didn't have many certified products to offer.

We started putting out reports called "Choose Green Reports" for our Environmental Partners that basically said, "OK, we're going to whittle down our very elaborate standards to three or four key criteria. We're going to get information from manufacturers and make a judgment about whether they meet them, and put them out as recommendations. Not certifications, not certified products, but recommended products for your purchasing."

So we put out a whole bunch of those over the last half of the 1990s. In the process, too, people came to know us — agencies like the Aberdeen Proving Ground in Maryland and the National Park Service here in Washington, D.C. And others started asking for us to help them determine what products they should buy for their operations.

So that kind of snowballed, and that actually became the mainstay of the organization until certification took off in the first decade of the 2000s. All of a sudden, we found ourselves developing standards that they needed. Aberdeen Proving Ground funded three Green Seal standards, and one of them is the standard that many people know us for, GS-37, for the large-volume, institutional cleaning products that are used ubiquitously. So we found ourselves just naturally gravitating into that institutional space.

Makower: So far, you’ve created a couple dozen standards. How are they doing?

Weissman: I think our major standards are about 30 or so, covering about 500 product categories. We still do have consumer-oriented product standards, and some of them are applicable to both. The last major standard that we put out last year, GS-54, for architectural thermal insulation products — insulation, as you and I know it — applies to both residential and commercial buildings. So we always try to have an eye to that and we are getting more and more interest in some of our consumer standards. Our paint standard is for both, as well.

Makower: The eco-label landscape seems pretty complex. How does Green Seal stand out with so many labels?

Weissman: There’s a website, ecolabelindex.com, that has 465 labels or something, and the number is probably growing. But it's a little bit misleading just to throw out numbers like that because they are not all equal in value and credibility. Most of them are very specific to a particular industry sector or a product category, or environmental or health issue, like chlorine or something like that. So there are really very few of them out there that are comprehensive — what we would call ISO Type 1 eco-labels, which are multi-attribute, lifecycle-based labels.

The field is much more complicated than anyone ever expected back in the late 1980s when it started up in North America.

But overall, yes, there are so many different sources of these green labels that one would need to know about and figure out, that it does make it a problem. There's also an asymmetry about it. Not only that you have third-party versus second-party eco-labels, you have a trade association putting out an eco-label for its own industry that it may not even charge for or has a very low fee. They may not do anything near what a third-party would in terms of auditing a manufacturing or service facility.

We at Green Seal feel that we have tried to build over 27-plus years a robust and credible program as possible. Over the years, standard development itself has gotten much more complicated, as has, by necessity, the evaluation of products or services to the standards. We just keep learning a lot more about what it takes to make a product or a service more sustainable, and so many more issues, things like endocrine disruptors and, of course, climate change.

Makower: What advice would you have for the next president and CEO of Green Seal?

Weissman: One of the frustrations of any CEO of a small nonprofit is that you are perennially underfunded and understaffed. The particular challenge of this kind of a certification organization is that you have a source of funding through your work, which are the certification fees. But they're not enough to really help you grow the organization and develop the programs, and you always need more funding than you can get from just that baseline funding to explore new things. So that would be one thing.

The other would be exploring new ideas, despite our name. Our name should never restrict what we do. I always said that certification is simply a means to the end. Our end is transforming the economy to make it more sustainable. So, if Green Seal winds up becoming something else, that's fine with me, as long as it's accomplishing its mission.

Is 'net zero' much ado about nothing?

Is 'greenwash' the new 'fake news'?