The organizers are striving to build a platform where virtually anyone can share ideas and best practices about urban design, workforce development, manufacturing, food production and more.

Asia Tamaoki, 18, admits he doesn’t know much about Fab City, an initiative challenging cities around the world to produce everything they consume by 2054. Tamaoki, a physics student at the College of Alameda in Oakland, California, has other things to focus on, such as doing his homework, getting good grades and being accepted into a four-year university. However, despite his unfamiliarity with Fab City’s larger efforts, Tamaoki is very much a part of them.

In December, while he was casually looking for a part-time job, Tamaoki stumbled across a posting by the college’s Fab Lab to be a maker-in-residence. The position sounded intriguing, and Tamaoki was hired. Since January, he’s learned how to operate high-tech machinery, expensive tools and cutting-edge computer programs.

"This is the coolest place," Tamaoki said. "I’m learning all the time, and without the Fab Lab, I wouldn’t have the chance to access this stuff."

Fab City is about surfacing known inventions that haven’t been sufficiently exploited and connecting people to put those ideas into practice at the community level.

Given that humans have spent over 200 years developing global industry, Fab City understands that societal shifts won't happen overnight; however, by empowering global citizens to make local changes, Fab City is connecting people around the world to transform the cities of today into the circular cities of tomorrow.

Tomás Díez, director and co-founder at Fab Lab Barcelona, helped launch Fab City in 2014. According to him, it was an aspirational "weekend project" that quickly grew into a much bigger reality.

Fab City was set in motion more than 10 years before it officially launched, when the first "fabrication laboratory," or Fab Lab, was created by MIT in 2001. MIT’s Fab Lab became a place where students could learn to design and make, as it was pitched to students, "almost anything" using digital means. The concept took off, and an open-source network of makerspaces spread across the globe, doubling in size about every 18 months. As of 2018, there were over 1,300 Fab Labs worldwide, in places such as university campuses, developing countries, trade schools, disaster sites, traveling buses and the College of Alameda, where Tamaoki gets to play with cool tools as part of his work-study program. 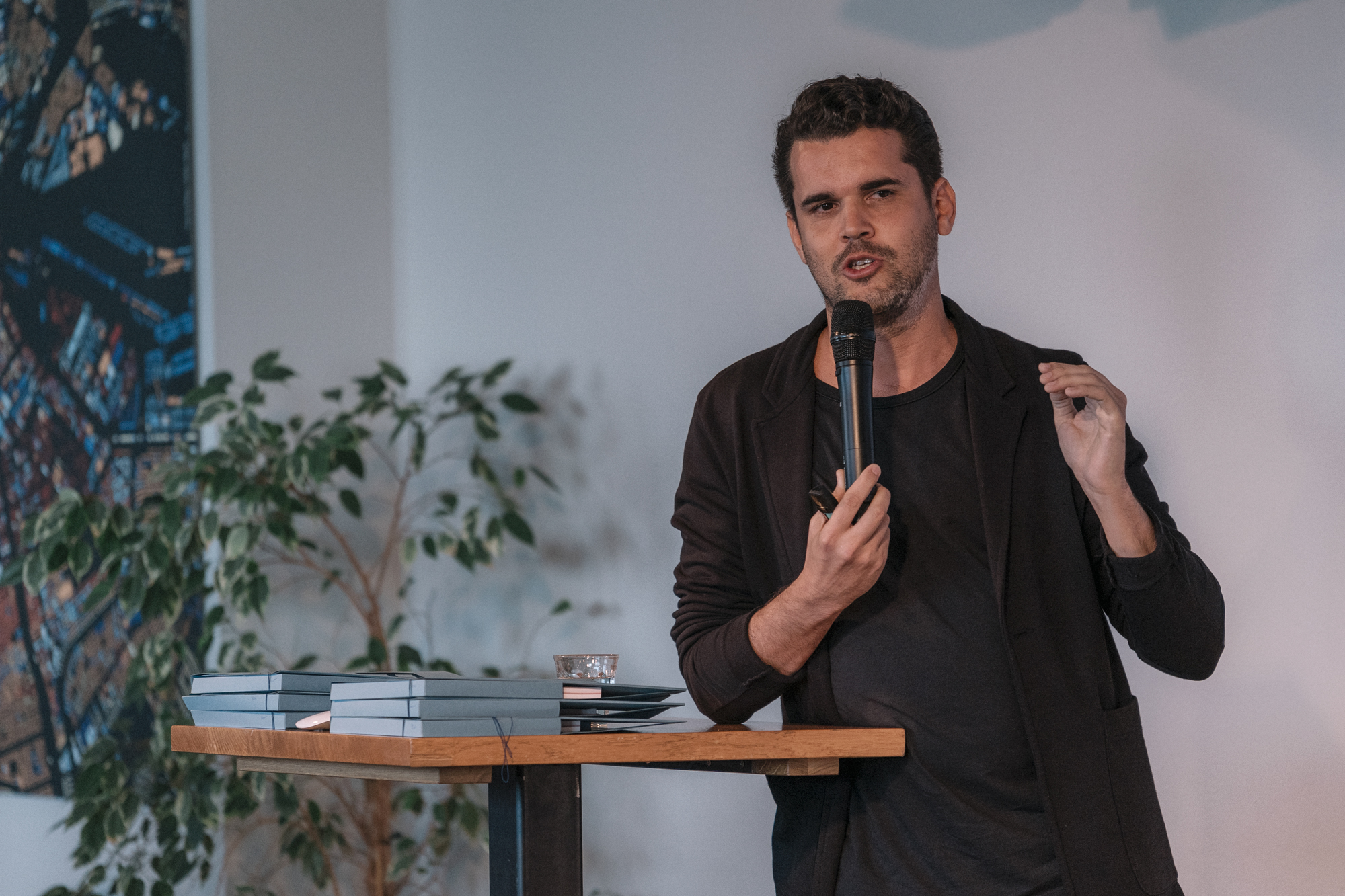 In 2014, the City Council of Barcelona, Spain, pushed Fab Labs to new heights. With support from the Institute for Advanced Architecture of Catalonia, MIT and Fab Lab Barcelona, the city’s mayor made a commitment (PDF) to have Barcelona produce everything it consumes within 40 years. Organizers, including Díez, called it Fab City, and other cities were invited to make the 2054 pledge to transform their cities into fully circular economies. Today, with about 34 years left to shift away from the industrial, product-in, trash-out paradigm that we live in, 34 cities, countries and regions are signed onto the global Fab City initiative.

From the very beginning, one of Fab City’s biggest challenges has been its rapid growth. According to Díez, Fab City’s organizers didn’t anticipate other cities to follow Barcelona’s lead so quickly. "The growth has surprised us, and our challenge has been to make it grow sustainably and to make it grow in a distributed, [team-oriented] way," he said.

Therefore, Fab City relies on seemingly basic technology tools such as email and instant messaging, as well as in-person events, to bring people from across the movement together to coordinate larger initiatives, exchange experience-based best practices, share methodologies and find better ways to live in cities without compromising the future of the planet.

Although Fab City hosts a number of small, targeted events throughout the year in cities around the world, Fab City’s biggest event is its annual summit. In 2019, the summit was hosted in Amsterdam, and over the next three years, it’ll be held in Montreal, Canada; Seoul, South Korea; and Mérida, Mexico, respectively.

Besides its quick growth, Fab City’s other major challenge is that it’s not technically a formalized organization — it’s an organized movement. However, that’s about to change.

Within the next couple of months, the Fab City Foundation officially will launch, thus making Fab City a fully operational organization that’s able to funnel private funding and public dollars (primarily from the European Union) into supporting a number of local projects. The foundation will be based in Estonia, and its main office will be in Barcelona.

"The foundation will help us to develop stronger Fab City consortiums in each one of our cities so we can work more consistently on deploying agenda-related actions," Díez said. "Funding is needed in order to make that happen, so the foundation will be able to channel funds coming from organizations like the United Nations and World Bank to support cities at the local level."

When asked to highlight an exciting invention or an innovative best practice "at the local level" that’s emerged out of the global Fab City movement, Díez stressed that Fab City isn’t about "moon shots," as he calls them: it’s about building a platform. Therefore, rather than pursuing quick-fix solutions that he sees as feeding into society’s need for instant gratification, Díez says Fab City is more about surfacing known inventions that haven’t been sufficiently exploited and connecting people to put those ideas into practice at the community level.

Oakland Fab City’s programs are coordinated by Elevator Works, a micro-manufacturing hub in West Oakland started by Sal Bednarz and Danny Beesley, who together have decades of experience working within Oakland’s small business, Fab Lab, green building and education scenes.

For years, the two wanted to explore how they could close the gap between local education and regional entrepreneurs, manufacturing, innovation and jobs. After a series of meetings with Fab City leaders, the two decided Fab City had the potential to "knit these things together," as Bednarz phrased it. In July 2018, the two makers pitched Fab City to Oakland Mayor Libby Shaaf, and she signed the pledge, thus plugging the East Bay into Fab City’s larger global coalition.

Soon after Shaaf signed the pledge, Bednarz flew to Paris to represent Oakland at Fab City’s 2018 annual summit. He was expecting a conference centered around technological advances and new machinery; however, that wasn’t his experience. 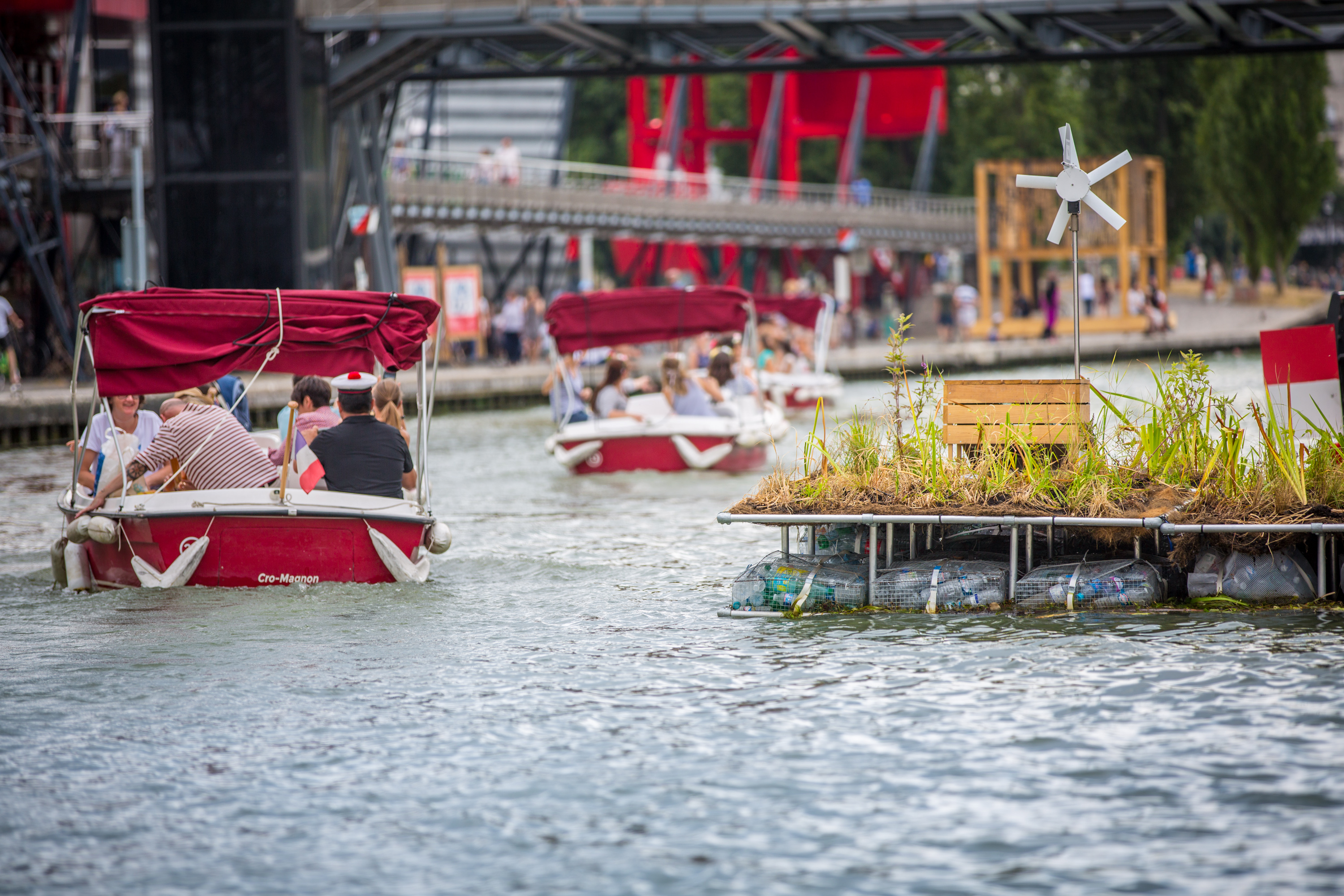 "What I saw at the Fab City conference was a lot of projects that were really prototyping an idea that was relevant to the local community around a Fab Lab," Bednarz said. "The Fab Lab was just a platform on which those conversations could happen. It wasn't a technology story. It was a people story."

Bednarz and Beesley returned to the East Bay with a new level of clarity of how they wanted to grow Fab City in Oakland: They wanted to include everyone. Over the past year, Oakland Fab City has cast a wide net aimed at capturing the city’s history of social justice, inclusivity and innovation, and Oakland Fab City organizers are working with everyone from formerly incarcerated youth to business associations to college students to architecture firms to start a conversation about what Oakland 2054 looks like.

"I like to say this to people," Bednarz said. "It’s 2054, we built a different city, we achieved our goal: tell me what you did to help us get there."

"The unique thing about the Fab City initiative is it's an idea that invites everybody to the table," Beesley said. "It’s a catch-all. When we talk to educators about Fab Labs and maker spaces, everyone agrees they’re valuable. Fab City fits right into that. If we’re talking about sustainability or climate change or producing things locally, Fab City is a core solution that can involve everybody."

2054 is far in the future for Asia Tamaoki, the 18-year-old College of Alameda student. However, knowingly or not, Tamaoki is helping to push Oakland Fab City toward its 2054 goal each and every time he steps into the Fab Lab. That’s because he’s doing his part to bring more people into the larger conversation. In the past nine months, Tamaoki has welcomed his entire family and many of his friends into the College of Alameda’s Fab Lab so they can see the machines, the makerspace and the community for themselves.

"Part of it is finding this awesome thing and wanting to share it with people," Tamaoki said. "The more people that come in the better."