With the 23rd session of the United Nations Conference of the Parties, or COP23, in progress, it isn’t just prime ministers and presidents of nations gathering and negotiating.

This time, the focus is on what’s being done by states, cities, businesses and investors — the so-called sub-nationals — especially from the U.S. where the federal government had reneged on its climate commitments. They’re holding fort and filling chairs at U.S. Climate Action Center.

California is particularly in the limelight, with Gov. Jerry Brown serving as the U.N.’s Special Envoy for States and Regions, chatting up heads of state and discussing collaborations with the European Union around carbon markets. California legislators, businesses and investors are also in full-force at COP — and attracting audiences as they speak about how California successfully navigated a path to reduce its greenhouse gas emissions while driving robust economic growth.

In fact, from a climate action perspective, California has a runaway success story to tell, with its GDP and job growth both dwarfing those of the nation as a whole as it sharply reduced emissions. California added 2.3 million jobs since 2011 and its real GDP grew 17.2 percent between 2011 and 2016 as the state’s ambitious Global Warming Solutions Act was implemented. Meanwhile, emissions from California are down 12 percent from their peak in 2004 and 33 percent per $1 million unit of productivity.

From a climate action perspective, California has a runaway success story to tell.

Governments around the world are watching California’s cap-and-trade program and two Canadian provinces already joined it, while Mexico and China are emulating it in creating their own.

The main agenda at COP23 is for the 195 national signatories of the Paris Agreement to measure progress against their commitments and set up rules for how to update them for 2020 and be accountable to those targets.

The United States — a major polluter that spews 14.5 percent of global greenhouse gas emissions, second in volume only to China — isn’t providing much of an example of how to follow through on commitments since the Trump administration vowed to pull out of the Paris Agreement.

But thousands of U.S. sub-nationals — states, businesses, cities, investors, universities, tribes and faith organizations — are fully committed to carrying out the U.S. pledges and are doing so. In fact, the We Are Still In coalition counts 2,500 of these entities working on reducing their carbon emissions by volumes that collectively, they hope, could meet the U.S. pledge to the Paris Agreement. Together, these entities represent 127 million Americans from all 50 states and $6.2 trillion of the U.S. economy.

Thousands of U.S. sub-nationals are fully committed to carrying out the U.S. pledges and are doing so.

California is galvanizing states, just as my organization, Ceres, is galvanizing investors and businesses. Many in America share an enduring commitment to tackle climate change and We Are Still In signatories are their presence at COP23.

Some of the businesses attending — Autodesk, Fetzer Vineyards, Patagonia, Facebook and PG&E — are living examples of businesses that have reduced emissions or even cut emissions to zero and yet prosper.

Fetzer Vineyards is receiving a U.N. award this week for innovation in reducing emissions to become the first American winery to reach carbon neutrality. Fetzer is one of only 19 winners globally to receive the U.N. Momentum for Change award. But it is not the only California business that’s transitioning to 100 percent renewable energy. Autodesk, Apple, Facebook, Google and scores of others are well on their way.

These business leaders, Brown and the six state legislators traveling with him to Bonn are telling others about specific steps they’re taking to achieve ambitious climate goals. The world needs these voices.

For sure, the road ahead to meeting the Paris Agreement and prevent global temperatures from rising to catastrophic levels is tough. But steadfast commitment and the example of those bold enough to try eventually will get us there. 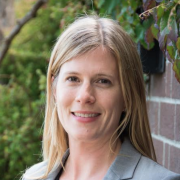