Farmers are reaping the love of Campbell, Kellogg, Stonyfield and Molson Coors

Barley can be a finicky crop, especially for brewers. It needs just the right amount of moisture to produce a plump kernel, loaded with starch, for malting into one of beer’s top ingredients. Hot and dry weather thins the barley kernel, and excess rain can make it sprout before harvest, rendering it useless for beer making.

Idaho grower Lucas Spratling was hit hard by that monsoonal weather in 2014. "We had a ton of rain during harvest, and it really devastated the barley crop," he said.

Today, however, the fourth-generation farmer says he’s "very optimistic about the future," and that he’s raised some of the best barley crops since 2014. The weather’s been better, but he stressed, "I think that has to do with how we’re raising it and adapting."

Spratling has been implementing sustainable growing practices that are helping to increase his climate resilience, with the help of Molson Coors’ Better Barley Better Beer Program. The program provides agronomic assistance to the company’s 949 barley growers in the United States and United Kingdom, and pays a premium to farmers adopting sustainable practices such as no-till, cover crops or improved irrigation water efficiency. Molson Coors also has invested $20 million in weather stations and soil moisture probes to help growers better understand the impact of weather and the precise water needs of their crops.

The brewer isn’t the only food or beverage company stepping up its work with farmers to achieve corporate sustainability goals and build climate resilience. Many others, including Stonyfield, Campbell Soup and Kellogg, are experimenting with different models for motivating growers to adopt new practices. And as big data becomes more the norm in agriculture, they’re getting smarter at how they’re leveraging it to collect farm-level metrics, get more growers engaged in reporting those metrics and communicate back about what’s working and what’s not.

Field to Market President Rod Snyder attributes some of this shift to the 2015 Paris Climate Accords, when many global food brands made public commitments, particularly around greenhouse gas (GHG) emissions. "Companies that set public goals are now in the midst of making them actionable and trying to figure out how you influence and support farmers to deliver against those goals," he said.

From combines for harvesting, to planters, to sensors for monitoring field conditions, a lot of new farm equipment today collects data automatically. Much of that data can be connected wirelessly to enhance on-farm decision-making.

"It’s a huge data game right now," Spratling said. "We layer our soil samples on top of our yield data and you get a really amazing picture of your field, and you can begin to micromanage your farm acre by acre."

That sort of granularity not only helps farmers become more efficient, it offers a treasure trove of data to downstream companies seeking to match their sustainability goals with grower performance. 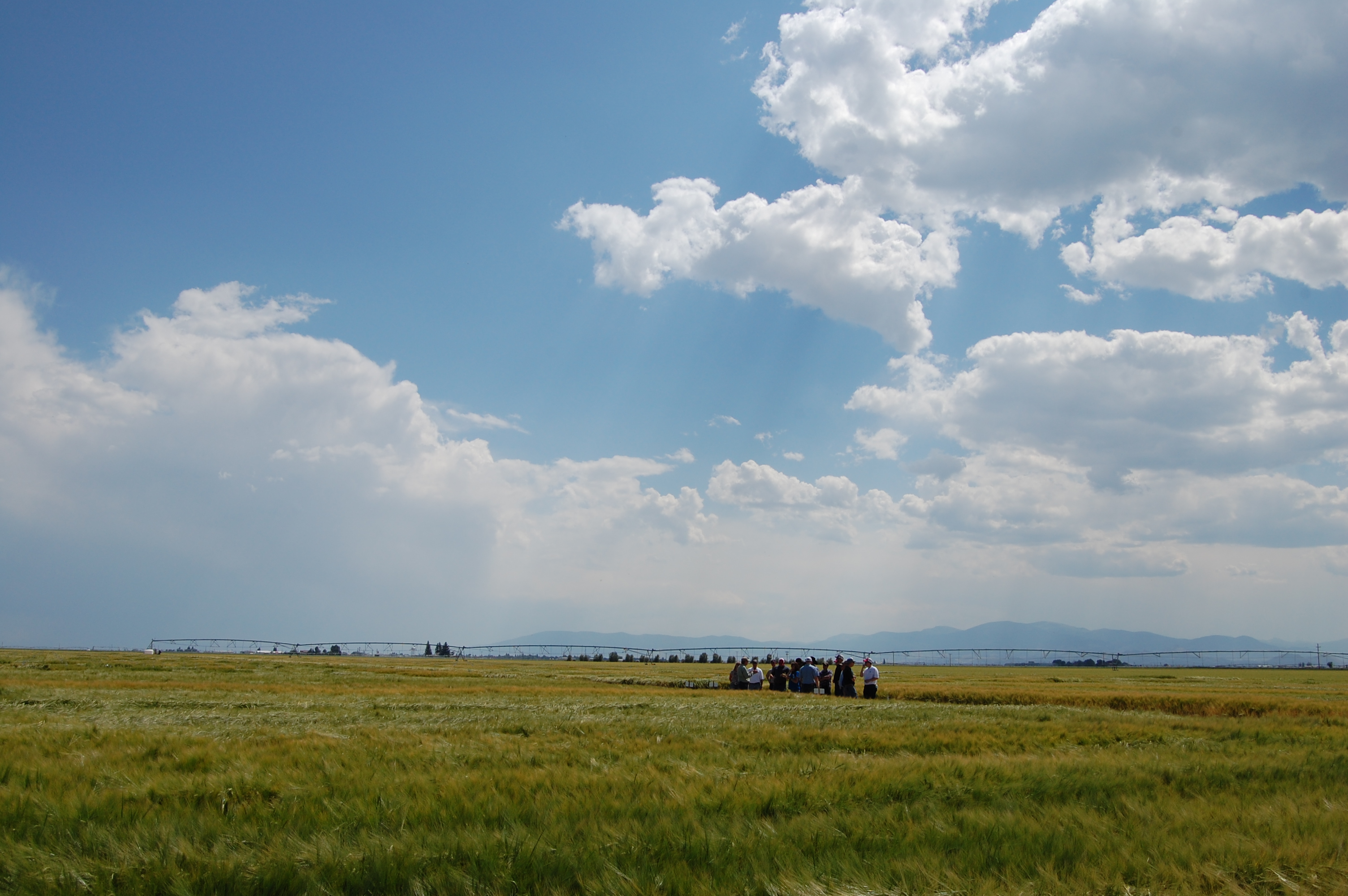 Molson Coors set up its own digital platform for collecting data and tracking farmer progress. Spratling, for example, used 10 percent less water this year, in part because of new pivot irrigation, but the soil probes installed by Molson Coors also tell him exactly how much water his crop is taking up and what it needs. Such progress contributes to Molson Coors’ corporate sustainability goal of decreasing water use by 10 percent by 2025 in its agricultural supply and malting operations.

The brewer also aggregates the data to identify sustainability trends, shares that information back with its growers and incorporates it into its breeding program focused on climate-resilient barley varieties.

Of course, many growers don’t have state-of-the-art farm equipment with automated data collection. Some still use paper for record-keeping and others keep minimal records, according to Snyder, and that makes it a bigger lift for them to participate in sustainability monitoring efforts. And as more and more tools come online for tracking on-farm sustainability progress, growers are facing multiple requests from buyers to participate in different data platforms.

To solve for that problem of competing data tools, at least when it comes to soil carbon sequestration, Stonyfield Organic teamed up with researchers at Wolfe’s Neck Center for Agriculture & the Environment, the U.S. Department of Agriculture and the Foundation for Food and Agriculture Research, to create OpenTEAM, a platform that connects individual tools for tracking soil health and climate mitigation. More than a dozen agricultural research institutions and organizations have since joined the collaboration.

If you can make the data more actionable and meaningful for farmers, even just for productivity and profitability, farmers will be willing to pay for that.

Launching next year, OpenTEAM will enable various tools for tracking GHG emissions to communicate with each other, and any user will be able to access all of the platform’s tools through their preferred entry point, such as COMET-Farm, Cool Farm Tool or farmOS. Farmers will have to enter their data only once to use any data tracking or decision-making (farm management) tools on OpenTEAM.

OpenTEAM is necessary because "all of these tools are good at doing a piece of the puzzle, but none of them talk to each other," Lundgren said.

As Lundgren put it, "the challenge we’ve encountered as a business is we haven’t found the best way to take the information and get it out to our farmers so it’s actionable at an individual farm level, and then further monitor the results of what happens, so that the farm knows they’re being successful, and we as a company know that we’re actually getting the results we want."

The entire industry is trying to crack that nut right now, Snyder said. "If you can make the data more actionable and meaningful for farmers, even just for productivity and profitability, farmers will be willing to pay for that," and sustainability will be a co-benefit.

Stonyfield hopes to make data more actionable by enabling farmers to identify other growers with similar farm conditions so that they can learn from what those farms are doing. Pooling data from multiple tools, across different geographies and production systems, will increase the quality of data for researchers so that they can improve the platform’s decision-making tools, said Lundgren.

Campbell has long worked with its contract tomato growers to incentivize a reduction in both water and fertilizer use, employing the Stewardship Index for Specialty Crops as a monitoring tool, and it’s on track to achieve its 2020 tomato goals of 20 percent reductions in water use and GHG emissions from nitrogen, said Daniel Sonke, director of sustainable agriculture at Campbell.

To incentivize behavior change, Campbell gives each tomato grower an annual report crafted by a third party showing their irrigation water use benchmarked anonymously against the population average of all Campbell tomato farmers.

"That may sound like a minor thing, but farmers don’t often have a good way of getting access to a perspective like that, of how their water use compares to others," Sonke said. "It’s where the social science comes into hard science. You’re giving them a personal motivation to strive to do better."

Farmers don’t often have a good way of getting access to a perspective like that, of how their water use compares to others. It’s where the social science comes into hard science.

Campbell doesn’t reward farmers financially for sustainable practices, but the company is taking its data set on water and fertilizer use in tomatoes — the world’s largest, according to Sonke — and using big data analytics to see if there are aspects of the production that are more sustainable that also have quality benefits (higher tomato solids) for which it already incentives farmers.

"One of my passions is to make it a two-way relationship," Sonke said. "We’re committed to the idea of providing value in return, even if it isn’t expected to be a direct payment." In other words, Campbell, which is harder pressed than other companies to provide farmers a sustainability premium because it doesn’t sell premium food products, is seeking to reward farmers indirectly for shifting to more sustainable practices.

Beyond tomatoes, Campbell set a goal of sourcing 100 percent of its top ingredients from sustainable production systems by 2025. Sonke’s team is focusing next on wheat and potatoes. Partnering with the Land O’Lakes Sustain program, Campbell is piloting an initiative with wheat growers on 70,000 acres. The focus is largely on fertilizer optimization, but the company is also looking more broadly at soil health and erosion mitigation. 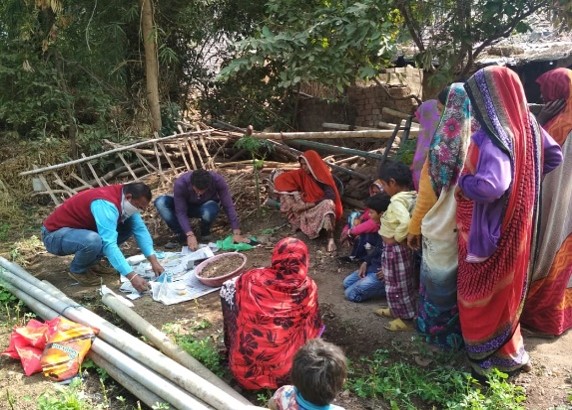 Kellogg has more than 40 active projects helping farmers around the world to implement sustainable agricultural practices and improve livelihoods. It aims to reach 1 million farmers by 2030 and source its 10 priority ingredients sustainably by 2020. In the United States, Kellogg co-chairs the Midwest Row Crop Collaborative and uses platforms such as Field to Market’s Fieldprint Calculator, the Cool Farm Tool and its own Kellogg Grower Survey (automatic PDF download) to monitor grower progress in its many programs.

Kellogg also focuses on smallholder farmers with scant access to inputs and finance, let alone sophisticated farm machinery. Even so, it’s finding ways to engage some of the world’s poorest farmers to achieve impact.

"We are moving past conventional engagement models and focusing on resilient and regenerative farming systems" that improve livelihoods and benefit the environment, wrote Amy Senter, chief sustainability officer at Kellogg, in an email.

Are food companies on track with these grower programs to transform our agricultural systems and avoid a world food crisis, as laid out in the IPCC’s recent report?

"Much work remains to be done," Snyder acknowledged. But he added: "Companies are getting smarter about this. As the supply chain sees itself as a partner in that work, I think it’s helped to accelerate the behavioral change."