Farmworkers are deemed 'essential' but are not protected from COVID-19

Sixteen men tending budding grapes on a farm in the Sacramento Delta hit the fields by sunrise, arriving in packed cars and vans.

As Americans shelter in place across much of the country, washing their hands and making sure to stay six feet away from others, the farmworkers carpool on grocery runs. At day's end, most retreat to cramped, crowded quarters, sleeping several to a room.

They are not coronavirus deniers: The pandemic terrifies them.

In forums the United Farm Workers union leads on Facebook, they vent about being called "essential," about being compelled to work yet feeling disposable, with no government-mandated protocols to safeguard their health. They are scared to work, scared to not work.

The frontline labor force for the nation's food supply, in the news lately but usually invisible, is poor and desperate. Two-thirds of the 500,000 to 800,000 farmworkers in California are undocumented, and so excluded from the coronavirus relief bill. Farm work is how they survive — if it doesn't make them sick.

That is a big if. Beyond putting themselves in the path of the coronavirus as they move about their day, farmworkers as a group are at risk of becoming severely ill from COVID-19. With an average life expectancy of 49 years, they fall ill and die young at far greater rates than the general population. They are especially prone to respiratory illnesses such as asthma, chronic bronchitis and fungal infections, according to reports compiled by the National Center for Farmworker Health Inc.

Two-thirds of the 500,000 to 800,000 farmworkers in California are undocumented, and so excluded from the coronavirus relief bill. Farm work is how they survive — if it doesn't make them sick.

With spring kicking off the agricultural high season, expected to be warmer than average this year in the continental United States, the ranks of farmworkers will swell by the thousands in the coming weeks — at the same time that the coronavirus is expected to be reaching its deadliest impact in California. Advocates and researchers say that catastrophe clouds the horizon unless changes in how these essential workers are forced to live and work are addressed.

"My fear is that once COVID-19 enters the farmworker population, it will be very difficult to prevent the spread, regardless of what is happening in the workplace," said Heather E. Riden, manager of the Western Center for Agricultural Health and Safety (WCAHS) at the University of California, Davis, which is investigating the health consequences of extreme weather on farm workers.

The center is working with farms, worker advocates and public agencies such as the California Division of Occupational Safety and Health (Cal/OSHA) to find ways to mitigate COVID-19's risks on the farm. It has created a checklist of ways farms can help protect workers,  including establishing plans to question workers about symptoms when they arrive at work and creating boundaries with tape to keep them at least six feet apart.

Employers are taking steps such as having workers alternate rows during harvest and reducing crew sizes to limit close contact, Riden said.

She added, "We're hearing that they are trying to adapt and make changes where possible. They want to keep workers safe and are also worried about business."

U.S. farmers insist they are trying to help their beleaguered workers in this collapsed economy. After hard lobbying from the farm industry, the Trump administration scored $23.5 billion in aid to farmers as part of the $2 trillion COVID-19 stimulus bill passed by Congress. It empowers Secretary of Agriculture Sonny Perdue to allocate the funds with little to no congressional oversight. The bill includes no rules for how farmers should protect their workers, if at all, from the virus, or long-term reforms to ensure their health.

A code of silence

Farmworkers have received documents to show authorities that allow them to move lawfully in public as part of the essential workforce keeping society from grinding to a total halt, said Luis Magaña, director of the Centro de la Cultura Campesina, a long-time advocate for immigrant families in the San Joaquin Valley.

But many farmworkers have not been told a word about how to navigate the coronavirus, he said. "They know about the virus from what they read in the news and hear from the community," he said. "They know they are supposed to wear gloves and masks and stay away and all those things." But they are in a situation where they don't feel they have the freedom to speak out.

The moment to strike is now, while farm workers hold the media spotlight as part of the rarefied group of essential workers keeping society from an utter standstill.

The workers may have the most unattractive jobs in the country — minimum wage, no benefits, long hours, hazardous conditions — and are so undervalued that employers rely on undocumented Mexican immigrants and guestworkers with temporary visas to perform them, Magaña added. "But," he said, "the jobs are still competitive."

The same reason workers risk their health picking, planting and packing when they are bleary from a scorching sun or choking on wind-whipped pesticide dust, Magaña said, is the reason they work when feeling sick or exploited: They need the money.

A large concern, he said, is that farmworkers will continue to work if they feel sick because they have no sick leave. Or, they will not report their illness out of fear that if they test positive for the coronavirus, their co-workers will be thrown out of their jobs and quarantined. Repercussions have taught them a kind of code of omerta — silence, Magaña said.

The farmworkers Magaña works with agree. "There is no other choice," said Jose C., who, at 32, has been working on farms in the Sacramento Valley since he crossed into California from Oaxaca 15 years ago. (He did not want his full name used because he is undocumented.)

These days, married with three children, ages 9, 7 and 2, Jose commutes from Stockton with five other workers to tend grapes and other berries in the Delta, about 45 minutes away on the now-lonesome roads.

He blames pesticides for his scratchy throat ("All of us workers have allergies, or something like allergies"), the workers' salaries for their need to carpool ("If we could, we'd drive alone now") and adverse political winds for leaving farmworkers such as himself without any concrete relief.

But the pandemic is proving that farms need the workers just as much as the workers need them, advocates say. The moment to strike is now, while farm workers hold the media spotlight as part of the rarefied group of essential workers keeping society from an utter standstill.

'We do feel exploited, maybe more than ever'

Advocates are pushing for measures that would help farm workers survive the coronavirus and beyond it. When a 17-year-old pregnant farmworker died of heat stroke in 2008 because drinking water was too far away from where she was harvesting (despite regulations on the books since 2005 designed to prevent such things), an outcry led to enhanced safety regulations.

But extreme heat is still making farmworkers ill and killing them. The laws are still being flouted. Advocates say this latest, most deadly threat provides an opportunity to make lasting reforms to help workers ward off the ill effects of more frequent weather extremes.

On social media and in interviews, groups such as the UFW have seized the opportunity to say that farmworkers are always essential to keep the nation fed.

On April 2, nearly two weeks after the UFW sent an open letter calling for the agricultural industry to step up with real reforms that would protect farm workers from cataclysmic consequences in the (likely) event the coronavirus reaches farm country, the union UFW issued another, longer one.

The reforms the letters request are part of a long wish list of protections the farm workers' leaders have wanted since Edward R. Murrow's 1960 documentary, "Harvest of Shame," sparked the farmworkers union movement 60 years ago.

On paper, the changes don't sound like too much to ask.

The letter signed by the UFW president, Teresa Romero, and its secretary-treasurer, Armando Elenes, calls on farmers to provide extended sick leave, eliminate required doctors' notes when workers claim sick days, make workplace plans to enforce social distancing and other measures mandatory, and to give workers easy access to medical services. It asks for a way for the great majority of non-union workers to get screened, tested and treated and for hazard pay in the form of pay raises or bonuses of $2 to $3 an hour.

But undocumented workers on their Facebook pages say they want what they think they will never get under the current administration: a path to legal status.

This story originally appeared in InsideClimate News and is republished here as part of Covering Climate Now, a global journalism collaboration strengthening coverage of the climate story. 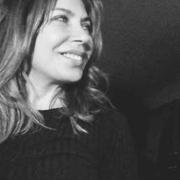 See all by Evelyn Nieves