At fashion's big gathering, calls for inclusivity and circularity

This article was first published by Circle Economy. The issue of circular business models in fashion will be explored at Circularity 19. Catch the livestream here.

May is a time for reunion in the fashion industry. Participants representing about 450 organizations gathered at the Copenhagen Fashion Summit (CFS) to celebrate its 10th anniversary and look back on a decade of work for sustainable fashion.

Although some could say 10 years are a cause for celebration, Eva Kruse, president and CEO of the Global Fashion Agenda (GFA), the event organizer, kicked off the conversation with a sobering thought: "This is a time for remembering that we haven’t changed fast enough."

That sentiment was echoed in the 2019 "Pulse of the Fashion Industry Update," released by GFA, Boston Consulting Group and the Sustainable Apparel Coalition (SAC) ahead of the summit. According to the report, sustainability progress has slowed down by one-third compared to the previous year.

The Pulse Report also recalls that 40 percent of the industry has yet to take any action at all. Alongside the fact that sustainability adoption rates have dropped, the global apparel and footwear industry keeps growing. According to the Pulse 2019 Report, the industry saw 4 percent to 5 percent growth. Projecting this growth into the future would lead the industry by 2030 to an expected volume of 102 million tonnes of apparel and footwear, and a monetary value of $3.3 trillion.

Against this backdrop, the greatest asset of the summit is clear: its convening power. Over two days, 1,300 fashion representatives, CEOs of the largest brands in the industry and policy leaders come together to restate the urgency to change business as usual and to discuss what that change should look like. 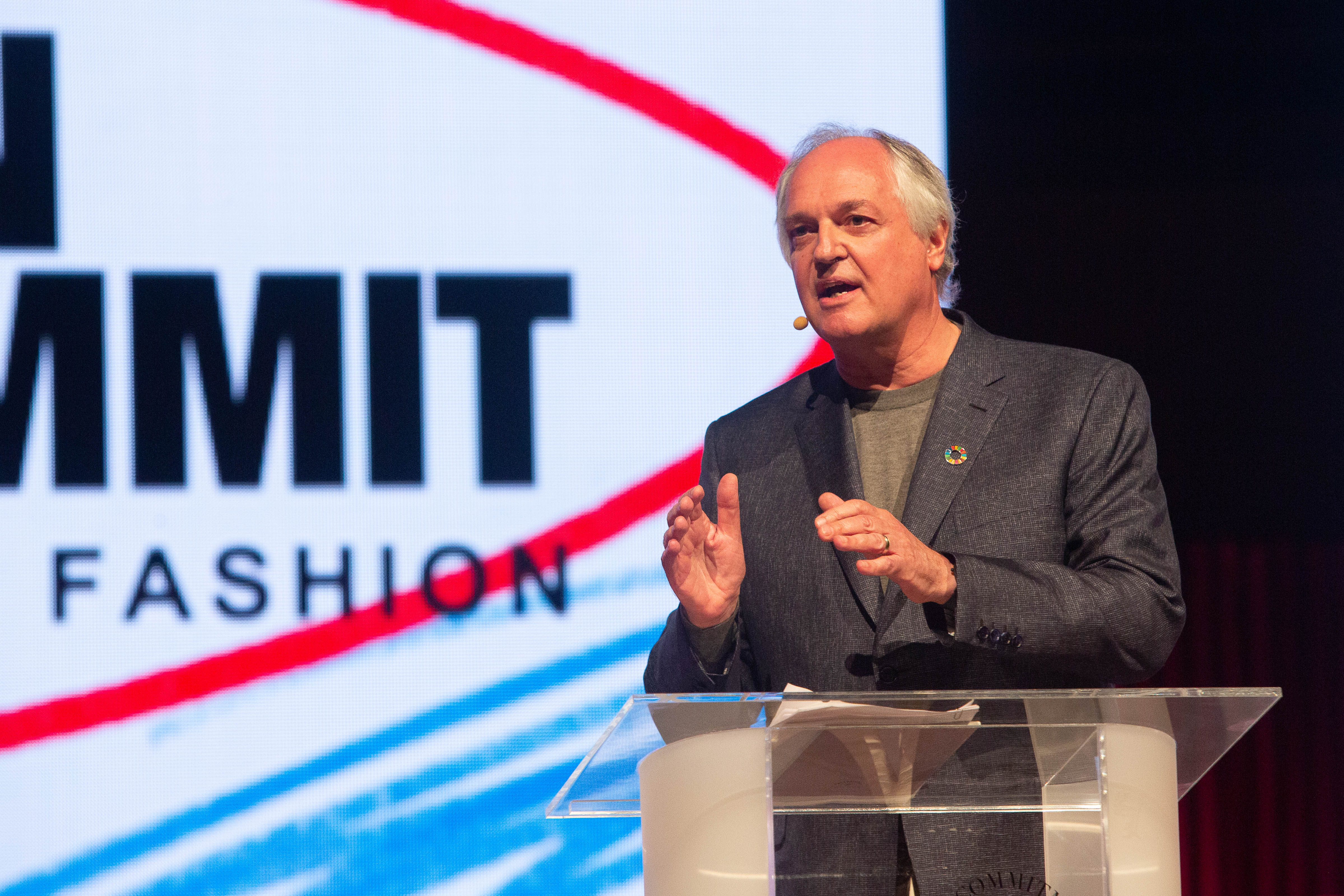 We were reminded by Paul Polman, chair of the International Chamber of Commerce and The B Team, that our current economic system has offered an immense amount of possibilities, lifting large amounts of people out of poverty, raising societal participation in education and health and triplicating GDP growth over the past 40 years. But this has come at a greater cost. "It’s a spring of hope and a winter of despair," said Polman, describing the current climate change, cybersecurity and financial markets crises.

Building on these issues, the panel discussion hosted by Martin Frick, senior director of policy and program coordination at UNFCCC, in conversation with Stefan Seidel, head of corporate sustainability for Puma Group, and Laila Petrie, textiles and cotton lead for WWF, later focused on drawing the attention to collective efforts to reach the targets set by the Paris Agreement in the fight against climate change through the UNFCCC Fashion Industry Charter for Climate Action.

During his keynote, Polman cut through the noise and went straight to the facts, facing the audience with a provoking message: "We are lucky people; we are independent; we can do what we want; we can work for what we want and bring our passions to life. You have won the lottery ticket of life, but you have done nothing for it. You belong to this 2 percent of the world population … and it is your duty to put yourself to the service of the other 98 percent."

Furthermore, he insisted that the largest obstacle in our way is not a lack of technology nor a lack of innovation, but quite simply that of "human willingness." Do you care enough to change? His stark line of questioning was greatly appreciated by participants. In playing this necessary, often uncomfortable role, he simultaneously placed the industry’s challenges into a larger, more meaningful perspective and a smaller, more personal context.

It is not possible to achieve circularity when the social foundation is not reached. This starts with respect and dignity for workers throughout the entire fashion value chain.

Polman's call for equity was reinforced by Brune Poirson, French Secretary of State to the Minister for the Ecological and Inclusive Transition, who demanded we work for coherence, transparency and accountability, in order to change the current status quo where "if you are poor [and you buy clothing], your impact on the planet is worse by default," due to the unsustainable impacts of cheap clothes. She stressed, "That is so unfair and no longer acceptable."

Youth Fashion Summit intensified this message by opening the second day of the summit with a call to respect "the human gender," highlighting: "The fact that you are here and I’m here is a privilege. We need to acknowledge that. And the question is what are we going to do about it."

Are we really being inclusive?

The overall summit presented a current picture of the fashion industry, including key facts and figures, new innovations and solution providers, launches of brand initiatives and new targets. However, it remains relevant to ask whose perspective were we listening to and who in the fashion industry was represented at this year’s event.

The 1,300 participants represented 48 countries  — a small drawback from the 53 represented last year but still a significant number. On stage on the other hand, according to calculations based on the main stage program, 63 percent of the organizations represented were from Europe and North America, 12 percent were from Asia, 3 percent from Oceania, 1 percent from Africa and zero from South and Central America. The remaining 11 percent represented international organizations or associations. Manufacturers and other upstream value chain partners, such as fiber and fabric producers, represented merely 14 percent of the presence on stage.

If the Copenhagen Fashion Summit really aims to position itself as the global platform for sustainable fashion, then it would be encouraging to see more diversity and representation from other regions and parts of the value chain next year. Echoing this sentiment, the Union of Concerned Researchers in Fashion, which hosted a conference May 13 preceding the larger summit, has raised the question of representation of the global south in the summit’s agenda. 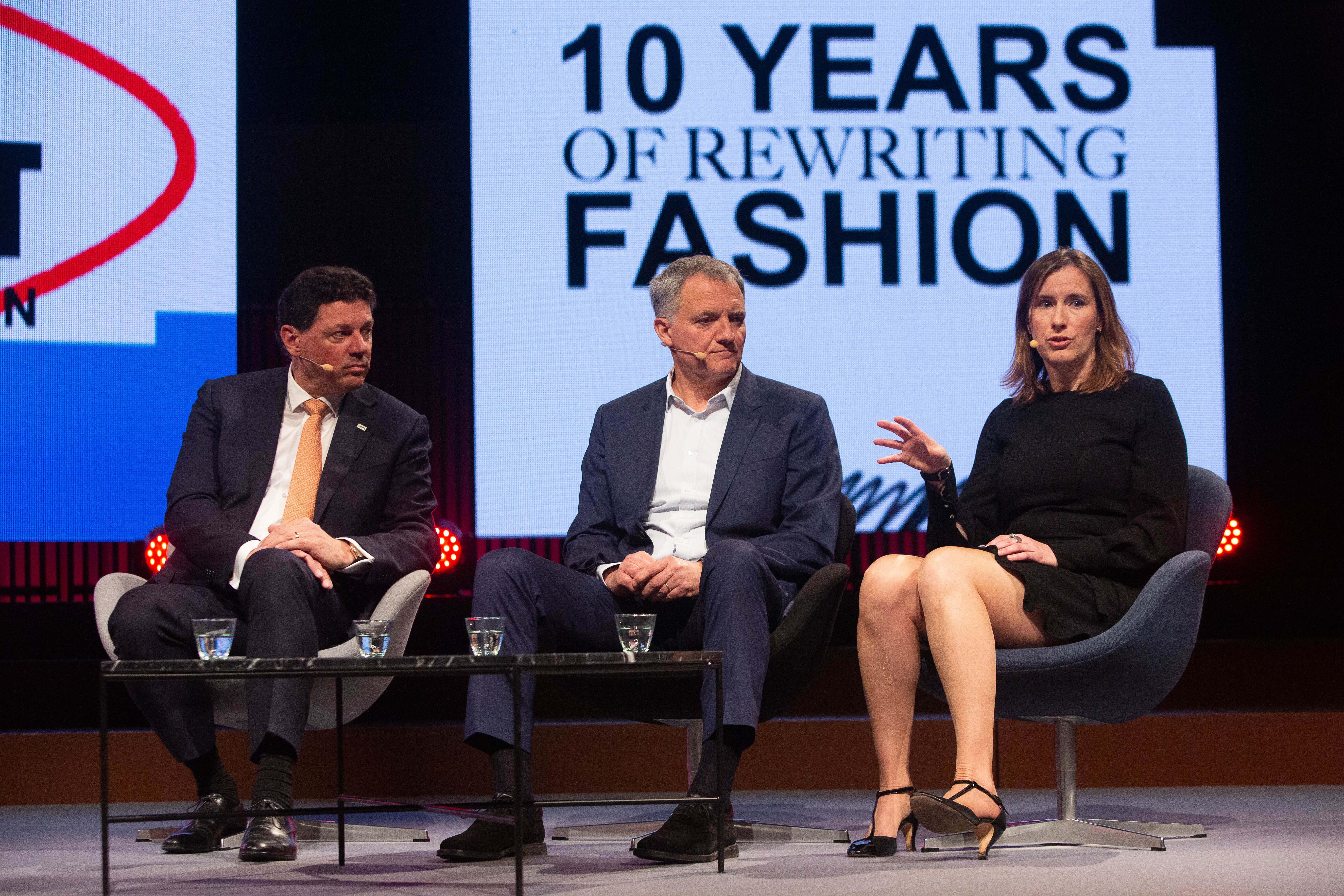 Circularity and its social foundation

The circular economy was largely the focus of Thursday morning. The panel discussion "Circular Economy in Fashion: from commitments to action" moderated by Sandrine Dixson-Declève, co-president of Club of Rome, shaped the discussion. The circular economy provides an alternative model to the current unsustainable take-make-waste system, and there is a growing interest within the fashion industry to adopt new business practices that respond to this model.

In 2017, GFA launched its Circular Fashion System 2020 Commitments focused on driving brands to set targets in the areas of design for cyclability, collection, resale and recycling. 2019 has seen GFA partner together with Euratex, the Federation of the European Sporting Goods Industry (FESI), the International Apparel Federation (IAF) and SAC to draft a manifesto to take these commitments one step further, by calling to action current and forthcoming EU policymakers to tackling the conditions needed to enable a circular fashion system.

The manifesto (PDF) identifies three main areas of impact of circular practices. Firstly, to combat fashion waste and to guarantee circular business models. Secondly, circularity also relates to a new approach for technological developments and the power of innovation. Finally, the third impact area relates to groundbreaking policy measures to address the needs of a diversity of businesses, as well as developing regulations for consumers to rethink the way they use and dispose of their apparel.

Some stakeholders argue that circularity does not tackle the root causes of overproduction and overconsumption of the fashion industry.

The concept of a circular economy is not without criticism, and some stakeholders are skeptical as to its ability to deliver the breadth of change required, for instance arguing that circularity does not tackle the root causes of overproduction and overconsumption of the industry or that the most intrinsic and pressing challenges related to social and human rights are not substantially addressed by the framework.

However, implementing circularity under the circular economy framework calls for a profound connection of social, environmental and economic values to be developed hand-in-hand to deliver practical solutions to the societal challenges we face. The richness of the framework is thanks to its multifaceted origins from diverse schools of thought.

Although the environmental aspect is often times predominant in some circularity discourses, the wealth of the social foundation represents the basis of a safe and just space to develop a regenerative and distributive economy that sits within our planetary boundaries.

As Nazma Akter, president of Sommilito Garments Sramik Federation, voiced in the panel discussion on wages: "The goods are expensive but the human [labor] is still very cheap." It is not possible to achieve circularity when the social foundation is not reached. This starts with respect and dignity for workers throughout the entire fashion value chain.

According to the European Commission (PDF), the circular economy is estimated to have the potential to generate net employment increases of about 700 000 in the EU by 2030. The circular labor market will drive job opportunities in a range of sectors, from waste management to the creative industries. The 2020 Commitments have led 94 brands so far to focus on the power of design, collection, resale and recycling as drivers for industry transformation.

What comes next on the agenda?

Next year’s summit will see the Global Fashion Agenda 2020 Circular Fashion System Commitments come to a finish line. This will be a time for revision, adjustment and new target setting. The question remains, in which area will the next commitments be set?

It is of sincere hope that the focus on circularity remains and that the GFA take this as an opportunity to expand and deepen the industry’s understanding of the circular economy, enabling the overarching concept to reach its full potential, in which the environmental, social and economic are intrinsically linked, and its practical application extends to all stakeholders across the value chain. 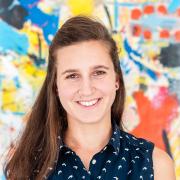 See all by Natalia Papu Carrone