Feeling the pulse of the renewables transition

Today’s political, economic and social climate have made it increasingly difficult to keep abreast of all that is happening in the realm of renewables. In 0.56 seconds, a Google search for "renewable energy" will return roughly 3 million news headlines. As you peruse the top of the pile, you may be led to believe that the sector is in a downward spiral. But in the same sitting, you also may gain the impression that the industry is better than ever and is essentially unstoppable.

In attempt to gain some clarity, Alex McRae of Clean Energy Finance Forum interviewed the Head of Americas at Bloomberg New Energy Finance, Ethan Zindler. Untangling complex issues and breaking them down into simple economics, Zindler sheds light on the fundamental struggles and signs of resiliency defining renewable energy today.

Alex McRae: SunEdison and Suniva have filed for bankruptcy while SolarCity and Sunrun seem to be just fighting for survival. Can United States solar power develop solutions to the financial issues hamstringing the sector? 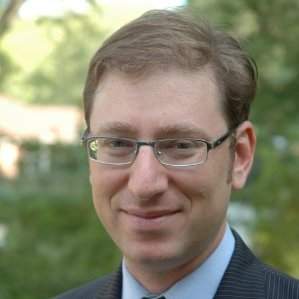 Ethan Zindler: That’s a really good question. Certainly, the industry has seen its share of high profile flameouts over the last 12 years that I've been doing this. The thing to remember is that it is still a relatively new and rapidly growing industry, so within it you're going to have companies that take big risks and make big mistakes.

This is the nature of a new, rapidly growing, risk-taking industry. That being said, I don't think it necessarily knocks us off the long-term trajectory because the costs continue to come down.

Fundamentally we are seeing a real relationship between the volume that gets built and the cost per megawatt-hour of clean energy. That's why we think there's an inevitability about the longer term.

McRae: Despite these volatile times, has the renewable-energy sector started to demonstrate resiliency and ability to weather the storm in Washington?

Zindler: The industry is definitely more resilient. However, I also think the steps that have been announced by the administration, at least so far, aren't really all that potent in terms of what they can do to hurt the industry.

The major domestic thing that the president has announced is to essentially rescind the Clean Power Plan, the Obama administration's regulation to cut CO2 emissions and promote clean energy. Our view of the Clean Power Plan all along was that we didn't think it was going to make a meaningful difference in terms of the amount of clean energy that would get built.

Renewables are going to get built in the United States because of their low cost, state renewable portfolio standards and tax credits.

Renewables are going to get built in the United States because of their low cost, state renewable portfolio standards and tax credits. Those drivers will continue to push clean energy, so Donald Trump’s move on the Clean Power Plan did not affect our short or long-term forecasts in any meaningful way.

Along very similar lines, the announcement about the Paris Agreement is one step removed from the day-to-day policies that affect the lives of people working in this industry. I think everyone in the industry would like to have seen the United States stay in Paris because it would send a message to the world that we would be a viable market for clean energy over the long term. However, I think most would also tell you that it didn't demonstrably change their business conditions.

Decision-makers will continue to make decisions strictly based on whether they'll earn a return on investment on the project that is appropriate with what they and their investors need. That is what drives everything and Paris is several steps removed from that.

McRae: What needs to happen in terms of infrastructure to take renewable energy to the next level?

Zindler: The infrastructure needs are substantial. One thing that has been getting talked about a lot more is the intermittency issue surrounding renewables. If there's no sun, you get no solar power. If there’s no wind, you cannot generate wind power. How we deal with the unpredictability of that generation profile is something that frankly didn't really matter when the penetration rates of renewables were really low. But now, as penetration rates get higher, this becomes a legitimate concern.

Certainly, there are questions about reforming markets to adjust for this. But in terms of infrastructure and equipment, we need to think about what kind of power storage can be built into the system, how we can shift the load, and other types of mechanisms such as demand response can address this issue.

The other concern is the need of a more modern and high-speed transmission network. It is incredibly difficult to complete high-voltage projects across state lines in the U.S. The issue around transmission is one that doesn't solve itself. The United States has a severe regulatory challenge when trying to do anything that crosses certainly state lines. But even sometimes county lines make it difficult to build large-scale infrastructure.

CEFF: As we hit the halfway mark of 2017, are you able to identify any trends that indicate what this year will end up looking like for solar?

Zindler: We're not quite ready to make the call globally about solar deployment in terms of whether the growth rate will be up or down. I think we’re still generally of the view it will be up a little bit off last year globally, but in the U.S., we think it will be down a bit based on what we're seeing.

It is incredibly difficult to complete high-voltage projects across state lines in the U.S.

To be more specific, 13.6 GW were installed in 2016 and we think that will drop to about 10.4 GW this year. We think next year will be more or less the same. And then we anticipate a gradual rise to a level of roughly 15 GW per year and then it levels off from there. Part of the reason for the decline from last year to this year is the utility-scale market saw a lot of build-out in anticipation of tax-credit expiration and that market will be a lot smaller this year.

McRae: We saw a $6 billion decrease in spending within the solar sector in 2016. What factors influenced this spending cut?

Zindler: In 2016, we actually saw a record volume of solar in the U.S., but the amount of money invested doesn't always match up year-on-year with the amount of stuff built. The decline in dollars is probably a reflection of two things: some of that money was going towards building projects in 2017; and prices have continued to come down and that definitely impacts the overall dollar figures as well.

There's no question though that 2017, based on our view, will see a decline in terms of the volume of new build. It’s not like the renewable market is shrinking, it's just not going to maintain last year’s growth. This is primarily because the overall demand for electricity in United States markets has been pretty flat. Therefore, if you want to build a new power project, you need to be replacing an existing one. This is limiting how much capacity can be added in a given year.

McRae: There’s a lot going on in the clean-energy sector. What are some recent headlines that have caught your attention?

Zindler: There's so many different things going on in the market right now. But probably the most important is the competition that's clearly underway on price,  and whether renewables can be cost-competitive without subsidies.

We are starting to see that they are in some markets, in some places, and that's obviously very exciting for the industry.

Low prices are creating greater and greater competition to serve the consumers.

Zindler: It is definitely great news if you're a consumer. Utilities have to try to find creative ways to offer expanded services or creative ways of billing the consumers.

It also creates a challenge for independent power producers, the guys who are further up the chain in generating power. Wholesale power prices are way down and there's not much of a sign that they're going to go up. So without revenues increasing, it can make for a very competitive and challenging market for all players involved.

More specifically, in terms of what it means for clean energy, the key for renewables has always been to compete against incumbent forms of generation and come in at a price that's lower than whatever the incumbents are. By simply by adding more renewables, you're bringing down the average incumbent price and making it that much harder for new renewables to get in.

Clean Energy Makes Big Strides, but Just How Sustainable is the Growth?