On the fifth anniversary of the TCFD, a call to action

December marks the five-year anniversary of the Paris Agreement — a turning point for the movement to limit dangerous climate change and environmental destruction. But that is not the only pivotal milestone we should commemorate this month.

In December 2015, as a response to increasingly frequent environmental disasters that disrupted ecosystems and human health — plus caused unforeseen business losses and jeopardized assets and infrastructure — the Financial Stability Board launched the Taskforce on Climate-related Financial Disclosures (TCFD).

These leaders understood the direct linkage between climate change and financial risk. They knew the world needed a clear picture of these risks, as well as of the opportunities presented by corporate sustainability action, in order to ensure long-term profitability — especially in a world with a precariously changing climate. They recognized that without reliable climate-related financial information, assets could be mispriced and capital could be misallocated, meaning the global economy potentially could face a tumultuous transition to a low-carbon future.

So, the TCFD was born.

Two years later in 2017, the group introduced its official recommendations for corporate financial disclosures. To support the TCFD and the companies committed to meeting its suggested actions, CDP redesigned its own climate change questionnaire in 2018 to align with the recommendations. This streamlined the reporting process for disclosing companies, providing them with ready-to-go material climate and natural capital disclosures that can be used for their annual reports. It also standardized decision-useful information for the financial community.

The TCFD’s recommendations already have made a tremendous impact in catalyzing a groundswell of corporate action on climate change. Out of 727 companies headquartered in the U.S. and Canada that disclosed to CDP in 2020:

Investors are responding positively to this streamlining of environmental-financial disclosure. In its latest status report, the TCFD notes that investor support for its recommendations grew by 85 percent from 2018 to 2019. Many investors use this TCFD-aligned data generated by CDP disclosures to assess which companies are best positioned in a climate-constrained future and to mitigate financial risk within their portfolios — exactly what the TCFD’s members first envisioned when they began their work five years ago.

But, five years after its birth, the TCFD’s work is not done. More robust disclosure — both in quantity and quality — is needed. Investors cannot make apples-to-apples comparisons on sustainability information if companies do not report their data within a common framework. Companies that choose to solely provide TCFD-related information via standalone reports end up doing themselves a disservice for this reason.

Disclosure also prevents greenwashing. Standardized frameworks such as CDP’s make it clear to investors what critical climate actions companies are — and are not — implementing.

Disclosure puts companies a step ahead of likely mandatory disclosure regulation. Earlier this year, we saw the Canadian government announce that companies seeking COVID-19 relief must disclose their environmental impacts based on TCFD guidelines. More recently, the U.K. government announced that all companies must be TCFD-compliant by 2025. Most countries, including the bulk of the G20, already have implemented some form of mandatory corporate climate impact reporting.

We should celebrate this progress, the above stats from the 2020 corporate climate disclosures and the many other signals that environmental transparency and action are a business norm.

But we should also mark the five-year anniversary of the TCFD’s initiation with a call to action: Now is the time for all companies to join this growing movement.

With pollution poisoning communities from Louisiana to Beijing, forest fires blazing across the West Coast and states along the Gulf of Mexico still reeling after the destruction of Hurricanes Laura and Delta — among countless other environmental disasters wreaking havoc on lives and livelihoods — companies that are not disclosing simply have no excuse at this point.

Climate change’s toll is worsening here in the U.S. and in the rest of the world. As we grapple with its impacts and advance known solutions, the TCFD guidelines provide critical guidance on what companies and investors should be focusing on to minimize risk, accelerate progress and reap the benefits of a low-carbon transition.

The TCFD has designed the roadmap. Now companies must forge the path. 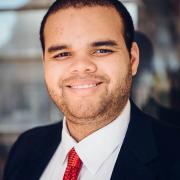 See all by Ateli Iyalla