Financial innovation can expand the reach of clean energy

Low- and moderate-income households are often respectively defined as families with incomes less than 80 percent or 100 percent of the Area Median Income.

They comprise 40 percent of American households, according to a report by the Federal Reserve Bank of Kansas City. They also represent an underserved portion of the clean-energy market.

On Oct. 20, stakeholders from across the clean-energy-finance sector came together for the day-long conference in New York City, Innovations in Clean Energy Finance IV: Market Successes and Lessons for Lower Income. The conference was convened by Citi, Environmental Defense Fund and Elevate Energy.

According to Richard Kauffman, chairman of energy and finance for New York, who gave opening remarks at the conference, energy costs place an especially high burden on low- and moderate-income (LMI) households in New York state. He also pointed out that current energy-affordability programs only reach "a fraction of those in need."

Several presenters spoke compellingly about the need to identify, quantify and monetize the health benefits of energy retrofits of LMI households.

The dearth of clean energy penetration into low- and moderate-income communities becomes even more problematic as incentives that make clean-energy adoption economic begin to phase out.

Morris Cox, cofounder and chief investment officer of BlocPower, referenced this "health-energy nexus" when describing a pilot partnership between his organization and a New York City hospital. As a part of the pilot, BlocPower will prioritize energy-efficiency retrofits in LMI rental buildings that generate a high number of emergency-room visits.

The "energy divide" also was front and center. Cisco Devries, chairman and CEO of Renewable Funding, described how in Hawaii, solar penetration rates in LMI communities are less than one-fifth of those seen in upper-income communities.

The dearth of clean-energy penetration into LMI communities becomes even more problematic as incentives that make clean-energy adoption economic begin to phase out.

Presenters and participants also emphasized the breadth and complexity of the LMI market.

In Connecticut, for example, over 70 percent of the population lives in single-family homes or small one- to nine-unit rental properties. This disaggregated market reality necessitates a deployment strategy different from the strategies used in communities where LMI families live in large multi-unit buildings. 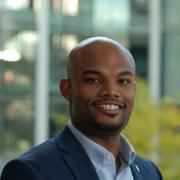 See all by Jahi Wise