With private economic inequity at a high, public financing for community health and wealth is more important than ever.

Today we constantly hear grievances about there not being enough money for this or that beneﬁcial cause. But at the same time, many people have huge privately managed assets that ﬁnance all kinds of ventures through retirement investments — some of which they would probably not wish to support. We often keep these funds out of fear for our long-term security.

What would happen if people mobilized these vast assets in shared projects to create a better and more stable future in their own communities? By pooling citizens’ wealth for community purposes rather than simply for the highest returns, money and credit can be made much more abundant to ordinary people. Finance enables communities to flourish, to pool their commonwealth, to share and thereby reduce risk, and to achieve objectives that individuals cannot achieve alone.

The tools to implement this imagined future already exist. Finance of this kind funds projects that do not offer quick returns on investment, but are immensely important for our continued well-being and the stability of natural ecosystems. Needs-oriented finance takes public needs seriously, which also means that benefits and risks are shared equitably. This is only possible if all people involved share in the ownership, responsibility and decision-making.

The case studies in this chapter present solutions to realize this vision of shared finance in cities. The selected cases are meant to cover the main actors at the level of the city — that is, citizens, businesses, financial institutions and the local government. Furthermore, we have tried to cover many aspects of finance — including the creation of money, savings and investments, and mutual security.

So let us start with what citizens can do.

First, citizens can create means of exchange that take on some of the functions of money, and determine the rules governing their circulation. Generally, central and private banks enjoy the privilege of creating money, which is one of the factors leading to the accumulation of wealth in the hands of a few. The attempts so far to create alternative systems of exchange, like community currencies, are generally small or specialized, but they can have significant benefits for the participants and demonstrate how we might redesign the institution of money on a large scale.

Second, citizens can use their money to invest in enterprises they wish to support, providing mutual benefits to the entire community. The investment fund for local sustainable food production in Freiburg, Germany, and civic crowdfunding by Spacehive in the U.K. both focus on investment. The first example uses money as savings, while the other seeks only nonfinancial returns on investments.

Third, citizens can pool their money as well as their time, skills, ideas, and knowledge in order to provide mutual financial security. Sickness and old age are two of the main financial risk factors we all face. The Fureai Kippu time banks in Japan address these issues. It is a case where a successful social welfare system has been established to ensure financial security in case of illness and old age.

What can businesses do? They can provide mutual credit as a means of exchange, and facilitate mutually beneficial trading relationships, both of which tend to increase stability in the face of economic downturns. The WIR Bank of Switzerland, essentially a network of small and medium enterprises, has successfully performed all these business-to-business functions ever since the depression years of the 1930s.

Specialized financial institutions with a well-defined mission for the public or the common good also have an important role to play. They can be public, cooperative or socially driven institutions.

What can businesses do? They can provide mutual credit as a means of exchange, and facilitate mutually beneficial trading relationships.

Cooperative financial institutions are owned by the people or institutions that rely on their services, which ensures accountability to the people they serve. As a particularly successful example, we have featured the Self-Help Credit Union of North Carolina. It is part of a broader category of community development financial institutions (CDFIs) in the United States, which have as their mission to promote economic opportunity among minority and other disadvantaged communities. Customer-owned and cooperative banks play an important role in many other countries as well, and generally provide financial services at reasonable cost, while investing primarily in the local economy.

Socially driven financial institutions devoted to the common good can also follow a variety of other institutional models, belonging to foundations, trusts, or other institutions. A number of such banks have come together to form the Global Alliance for Banking on Values. We have featured a bank that does not belong to this alliance, but is remarkable for the local economic development work it is promoting in Brazil and the local currency it has launched: Banco Palmas. It follows a hybrid ownership model, involving the local communities and the non-profit organization Instituto Palmas.

How can local governments support shared finance? They can establish policy goals to support those building blocks of shared finance that already exist in a place and help them grow, to help establish new tools, and to help create mutually supportive connections. A local government can support its own citizens’ efforts in alternative finance. Cities can even set up or support their own financial institutions, as North Dakota has done. Although this is strictly speaking a state — and not a city — policy, it should be noted that North Dakota has a population of only around 700,000 people, which is easily exceeded by the population of many metropolitan areas. This means that many cities would be able to start banks that would have at least as much business and profit potential as the Bank of North Dakota.

... It would be difficult to find a single place where all these types of institutions flourish. Which city in the world will be the first to develop a complete network of institutions, policies and practices to finance the emergence of a truly sustainable economy that supports the aspirations of all its people? This would be a challenge worthy of a Sharing City. 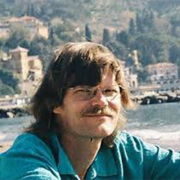 See all by Wolfgang Hoeschele