It is a widely accepted truism on Wall Street and in the City of London (not to mention among financial analysts in Zurich, Hong Kong, Singapore, Mumbai, Beijing, and Sao Paulo) that the quality of a company’s management is ultimately the number-one determinant of its competitive and financial performance. We have collectively read at least a dozen analyst surveys over the past few years which confirm this emphatically. And indeed, that proposition makes intuitive sense and is in fact the very cornerstone ofInflection Point Capital Management's approach and value proposition to clients. There’s just one small problem: one searches in vain, even anecdotally, among traditional investment managers for any evidence whatsoever of a robust analytical framework or criteria for systematically analyzing and defining what a well-managed company in a given sector actually looks like. How would we know one if we tripped over one?

As a generalization, it seems that, for many investment managers, “well-managed companies” can be spotted in only one of two ways: (a) the CEO seemed like a good guy when the analysts and portfolio managers went golfing with him, or (b), much more importantly, the company’s latest quarterly (or perhaps hourly) numbers looked good. Note the use of the past tense here: they looked good over the past three or twelve months. What they will look like 3, 5 or 10 years into the future is another matter entirely, and seems to be anybody’s guess.

In fairness, this approach is a perfect reflection of the zeitgeist in much of the investment world today. High-frequency, algorithmic traders now account for fully 70 percent of the trade volume on the New York Stock Exchange, and 77 percent in London. A recent straw poll of chief investment officers at a major investment banking conference apparently revealed that 80 percent – eighty percent! – of them had investment horizons of one year or less, and for a staggering 53 percent of them it was only one quarter! This sets up a self-reinforcing dialectic where the investors overwhelmingly look primarily at very short-term factors and performance indicators, and the companies obligingly “game” them by focusing on precisely the same short-term indicators and trying to deliver the instant gratification their investors crave.

We have canvassed the considerable limitations of “focusing on the numbers” previously and extensively elsewhere.  For us, two failings in particular are critical:

The further and faster we move into a world of globally interconnected business hypercompetition, in an environment of unprecedented velocity, volatility, information transparency, and “stakeholder capitalism,” the more and more inadequate our traditional analytical tools become. The concatenation of interconnected, secular global megatrends, many of them driven by the “sustainability” imperative is literally reshaping the very basis of companies’ competitive advantage.  Sadly, for the most part, our analytical tools and investment approaches haven’t even come close to keeping up. They are really playing yesterday’s game.

Beyond ESG: Some new proxies for management quality 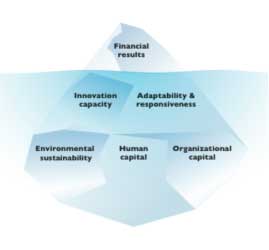 As we said at the outset, we agree enthusiastically with the (apparently) consensus view that management quality is king. Indeed, in keeping with that fundamental investment belief, we have spent the past two years (and basically the 15 before that as well, at Innovest) developing and testing what we believe to be some powerful, forward-looking proxies for assessing companies’ management quality and ability to execute. The result, a constantly-evolving work in progress, is our 5-Factor model, graphically summarized here.

Two of the factors may deserve special mention here: adaptability and responsiveness, and innovation capacity. They are rarely if ever found within traditional “ESG” models, yet we would argue that they may well be the two most critical competencies companies will require over the next 3-5 years, given both the velocity and the breadth of change in global markets. We would readily – and indeed, cheerfully – concede that those two attributes are infinitely more ethereal and elusive than, say, last quarter’s numbers. We happen to also believe, though, that:

They are, admittedly, inherently qualitative, judgmental, and open to criticism and debate. But they are also at the core of our firm’s differentiation and information advantage, as long as they are combined with more traditional financial analysis. If we’re even remotely accurate in our assessment of the emerging global competitive environment for companies and the capabilities companies will require, we expect that they will also be the source of investment out-performance as well – in the long term, of course.

But we’re also hanging on to our Bloomberg terminals.

Image of Business Trends and Monitoring Data as a Concept by kentoh via Shutterstock. 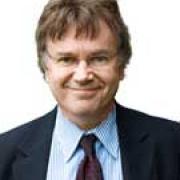 For social and environmental investors, why more diligence is due

Let's call a spade a spade: A plea for accountability

Beyond ESG: A new acronym for investors

Lessons on the road from Rio: A post-mortem

See all by Matthew Kiernan