First Climate Day heats up discussion of a warming world

As I left the World Economic Forum in Davos, I was filled with more hope than I have had for some time. For the first time, the meeting of many of the world's pre-eminent political and business leaders held an official "Climate Day" to discuss the challenges posed by a warmer world. The day and the forum's several events and panels yielded encouraging talk — and the potential for some transformative initiatives.

Signs of climate progress in Davos

First of all, no climate denial was heard in Davos. Perhaps the reason for this is the backdrop on which the forum occurred. The Intergovernmental Panel on Climate Change's (IPCC) latest report, which confirms the overwhelming scientific consensus that climate change is happening and is caused by humans, was released just a few months ago. We've also witnessed some destructive extreme weather events in the past year — from Typhoon Haiyan in the Philippines to wildfires in Arizona to the current drought gripping California — all of which serve as a reminder of the significant risks faced by businesses and their supply chains. To the Davos crowd, the science is in. It is time to act on climate change.

Second, a tremendous number of companies — whether bankers, soft drink manufacturers, sporting companies or furniture makers — already are taking action to make their businesses more climate-resilient and competitive in a low-carbon economy. These businesses and others are becoming leaders in climate action, and hopefully can inspire others to follow suit.

Third, it was strongly recognized that unabated coal is not part of the future. This came up in many contexts, from discussions of stranded assets to policy changes. The economic world is starting to realize that preventing increased sea level rise, heat waves and extreme weather events means keeping roughly two-thirds of fossil fuels in the ground.

So how do we get the job done?

Most of these points certainly have been made before Davos. But there is something about getting a group of intelligent, strategic people in the room to work out how to solve a problem. Numerous ideas came forward on how to speed and scale up solutions — including unusual coalitions.

For example, business people who might have felt alone in their quest to make their supply chains more efficient formed teams to strive for the same sustainability goals. Some cities — pursuing climate action on their own — joined with investors to discuss how to de-carbonize urban infrastructure and make it more climate-resilient. Strategic discussions occurred with key players such as oil and gas companies and regulators on how to move forward on important issues such as reducing methane emissions and phasing out hydrofluorocarbons (HFCs), powerful greenhouse gases found in refrigerants.

It was encouraging to see multiple components of the climate change solution — companies with innovative technologies, financiers and policymakers — sitting at one table. These discussions moved people out of their silos to create integration amongst business, investment and political sectors. The key now is to go beyond talk and make those initiatives real. A key date for doing so is Sept. 23, when the U.N. Secretary General has invited heads of state and other leaders to the Climate Summit in New York. The bar for participation in this event likely will be high — in order to be part of this critical climate summit, initiatives will need to shift investments, create policy change and generate real outcomes. If initiatives discussed at Davos move forward with ambition, the summit can give them the attention they deserve — thus reinforcing and hopefully multiplying the action they generate.

Building on talk to create action

While I'm inspired by the positive discussions at Davos, I'm also doubly aware of how much we have to get done this year in order to turn the corner on climate change and avoid its devastating impacts. Business and political leaders are tasked with turning their good talk into real, tangible action. This is a key space to watch in 2014 to see whether the world can get on track to solve the climate crisis. 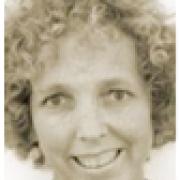 Will the G7 really give up fossil fuels?

See all by Jennifer Morgan