FirstFuel tops off with $23 million financing round

Startup FirstFuel Software, which sells analytics technology for uncovering energy efficiency opportunities in large building portfolios, has raised $23 million more in venture capital and plans to put most of it into international expansion.

The lead investor is Next World Capital along with Electranova Capital, both of which specialize in helping companies grow their presence in Europe.

“FirstFuel has established a unique pole position in the industry, emerging as the analytics leader in the regulated utility market and developing strong inroads into the global unregulated energy provider markets,” said Tom Rikert, a partner with Next World, who is now a director of the Lexington, Mass.-based company. “They have all the hallmarks of a great vertical [software-as-a-service] company — world-class customer intelligence software and scalable analytics, domain expertise and focus on industry-specific value creation.” 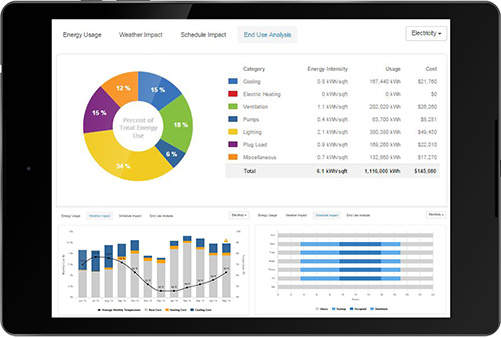 FirstFuel
FirstFuel's FirstEngage lets customers monitor their usage in categories such as "cooling" and "plug load."
FirstFuel’s customers include at least two dozen utility companies including Pacific Gas and Electric Co., E.ON, Southern California Edison and the Los Angeles Department of Water & Power. It also works closely with energy services companies, such as Efficiency Maine, along with several federal agencies including the General Services Administration. The latter uncovered literally millions of dollars of cost-savings opportunities during its initial six-week audit on just 26 buildings. It since has extended that effort.

On the commercial side, businesses or municipal agencies can make far more informed decisions about energy efficiency priorities by using the remote auditing services that FirstFuel enables. Building managers have to work with their energy providers, however, in order to get at this data.

Approximately 70 percent of the company’s current revenue comes from regulated utilities seeking to help big customers reduce consumption. Increasingly, however, deregulated ones are adopting the tool as a competitive differentiator. “It helps them get far closer to their customers,” Shah said. “It also helps generate new revenue streams.”

Why VMware’s sustainability team reports to its CTO