Fission to fusion: capital is flowing to the new frontier in nuclear technology

This year’s MIT Energy Conference was all about "tough" technologies and ideas that will revolutionize the energy space. Academics, businesspeople and policymakers gathered in Boston in April to discuss the status of energy technology development and showcase new ideas.

Chris Mowry, CEO of General Fusion, and Bob Mumgaard, CEO of Commonwealth Fusion Systems, enlightened the crowd on a technology that has yet to make a visible presence in the current energy market — fusion energy.

Nuclear fusion could be considered the opposite of what nuclear power plants use today, fission, the splitting of a nucleus of an atom into two or more smaller parts. In fusion, two lighter atomic nuclei collide to form a heavier nucleus, releasing an astronomical amount of heat that can be used to generate electricity.

Fusion has been carried out in experimental settings, but researchers have not yet been able to generate net-positive energy from the process. Researchers often use the idea of Q to measure whether fusion energy can produce net-positive energy. Here, Q is "the ratio of the amount of thermal power produced by hydrogen fusion compared to the amount of thermal power injected," according to the International Thermonuclear Experimental Reactor (ITER) project. The goal is to have Q greater than 1. According to Mowry, a number of research programs are achieving breakeven equivalent (Q=1).

Mumgaard pointed out that humankind’s "desire for deep decarbonization" drives the interest in fusion. The nuclear fusion process has virtually no emissions — only helium as exhaust. If fusion technology can be successfully commercialized and integrated into the electric grid, it could go a long way toward addressing climate change and future energy crises.

Mumgaard pointed out that humankind’s 'desire for deep decarbonization' drives the interest in fusion.

Fusion also offers advantages over other low-carbon energy sources. For example, fusion is immune to intermittency problems, which solar and wind have been criticized for, and doesn’t carry fission’s public stigma from events such as the 2011 Fukushima nuclear disaster.

However, fusion still has technological and economic barriers to overcome. A growing number of private enterprises are stepping up to the challenge — as the New York Times recently put it, the technology is "attracting science-minded entrepreneurs and investors willing to make a long bet." These ventures aim to help demonstrate the practical viability of fusion technology.

Private industry is building off of long years of fusion science research supported by governments. Now, "the process of transforming ‘I know how to make fusion happen’ to ‘how do you make fusion practical?’ is the role of private industry, because they can do it better, faster, cheaper," said Mowry in a follow-up interview with CEFF.

So now what? What is private capital doing to move fusion energy from a promising idea to a commercial reality?

Fusion is what powers the Sun. It is the fundamental source of all power in the solar system. To emulate the fusion process on Earth, we also need to create equally high temperature and density and be able to confine plasma at 100 million to 150 million degrees Celsius for long-term reactions to occur. Confinement is especially crucial in keeping the system hot and dense for long enough to undergo the reaction.

Because of these intense technical requirements, fusion requires heavy capital investment to develop the technology and infrastructure needed to deploy it. Mumgaard emphasized that machines for fusion research and experiments cost billions of dollars. For this reason, fusion energy startups necessitate immense financial support to invest in equipment and human capital to bridge the gap between research and commercialization.

Because of these intense technical requirements, fusion requires heavy capital investment to develop the technology and infrastructure needed to deploy it.

Fortunately, investment in fusion is really "taking off," said Mowry. He said that nearly $1 billion in total from venture capital has been invested in fusion since 2002. In addition, private fusion ventures are launching every year.

One example of how more resources are flowing to fusion efforts is Breakthrough Energy Ventures, a venture fund seeded by billionaires such as Bill Gates and Jeff Bezos. It specifically supports technologies that help address climate change and often require lots of capital and long timelines. Recently, it contributed an unspecified amount to Commonwealth Fusion Systems to support its research activities.

The public sector and governments also continue to support academic fusion research activities and private startups. The U.S. budget on funding fusion has been increasing in recent years, and the Canadian government invested about 38 million in U.S. dollars in General Fusion last year.

Now, with greater brainpower and capital, the development of commercial fusion energy is expected to speed up.

Research still continues today to advance the technology. ITER is large-scale project to note: an international research initiative on nuclear fusion and the world’s largest magnetic confinement plasma physics experiment. The ITER reactor aims to obtain a tenfold return on energy: 50 megawatts of input heating power generating 500 megawatts of thermal output power. This multi-decade project is  in the assembly and integration phase, and the first experiment is scheduled to take place in 2025.

General Fusion has a five-year demonstration program that aims to show that fusion — at present Q levels — can work at a power plant scale and to confirm the economics behind it.

On the private side, companies are steering away from the conversation on Q and acting on demonstration projects to realize practicality. For example, General Fusion has a five-year demonstration program that aims to show that fusion — at present Q levels — can work at a power plant scale and to confirm the economics behind it; the company aims to use such demonstration to sell the fusion power plant "architecture" to utilities and launch a first-of-its-kind power plant.

Many startups are also partnering with academic institutions and industry partners early to form long-term coalitions. Combining the best from both the academic side and the startup world to work together could help "accelerate through the valley of death," added Mumgaard.

However, it is still too early to expect that fusion will be implemented very soon and become the superhero for all future energy problems.

In addition to generating net-positive energy, other uncertainties about full-scale commercialization still need to be addressed. For example, no one can give a definite answer about the potential impact of having lots of helium — fusion’s only exhaust — in the atmosphere. Whether fusion can be scaled to produce sufficient energy return to supply the increasing human demand is also unsettled.

But once net-positive energy can be generated at large scale, "what else can possibly go wrong with fusion technology?" asked Bob Armstrong, director of the MIT Energy Initiative, at the conference.

Although fusion energy is inherently very safe, "a lot of power is concentrated in small systems, and there could be standard industrial hazard issues," answered Mumgaard. In addition, because fusion involves rearrangement of atomic particles, neutron activation potentially could be dangerous. Therefore, keeping track of this dynamic atomic reaction through confinement is very important.

Will fusion be worth the wait?

Despite all the uncertainty about fusion, conference speakers argued that if we can make fusion energy a reality, it can offer a number of advantages beyond just climate-friendly energy.

Mowry highlighted that one liter of fusion fuel can replace 55,000 barrels of oil (and 23,500 tons of carbon dioxide) and this can power 10,000 homes for a year (about 100,000 megawatt-hours of energy). Fusion fuel’s high energy density makes it particularly appealing in densely populated regions. Also, because fusion does not require particular weather conditions or topography to operate (like solar and wind), fusion fuel is expected to work independently of geography.

When the technology matures, according to Mowry, the wholesale price for fusion fuel is expected to be around $50-60 per megawatt-hour.

Power supply for fusion fuel is also virtually inexhaustible. The most commonly used fuels for fusion are deuterium and tritium. Deuterium isotopes can be distilled from seawater and tritium can be "bred" in the reactor. Thus, fusion fuel is easily manufacturable and dispatchable.

When the technology matures, according to Mowry, the wholesale price for fusion fuel is expected to be around $50-60 per megawatt-hour. At this price, fusion fuel may be able to compete with conventional fuels such as crude oil in the North American wholesale energy market.

Another advantage of fusion is zero possibility of a meltdown scenario or uncontrollable chain reaction events that could re-enact catastrophes, according to speakers. Its waste products have low radioactivity and are short-lived, with a lifespan of less than 100 years.

If fusion can become commercially viable in the market, its clean, safe, emission-free power soon could reshape the energy mix of the world. To awaken this potential, fusion will need more innovation, scientific breakthroughs, and both regulatory and financial support from governments to continue moving forward. 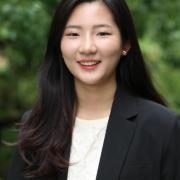 See all by Lucy Shim