Our SDGs Letter Project is a call to action. Over a year ago, the U.N. adopted the 17 Sustainable Development Goals, which collectively represent millions of dreams and aspirations. GreenBiz, in partnership with the Yale Center for Business and the Environment, is publishing 17 letters by Yale University students that highlight the ideas of youth regarding the 2030 developmental agenda. This series seeks to drive forward the collective will to translate the SDGs into reality.

When is the person with more money poorer than the person with less money? This is not an ancient riddle or an introduction to a folk tale. It is a question that the United Nations Development Programme has tried to answer in successive editions of its Human Development Report.

The answer is rooted deep within the multifaceted aspects of poverty: of information; of access to healthcare, economic opportunities and the lack of resources that people need to realize their potential. What constitutes poverty? 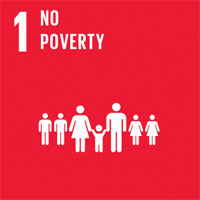 U.N. Sustainable Development Goal (SDG) 1 — calling countries to end poverty and all its manifestations by 2030 — is a Pandora’s box. Many may see the goal as ambitious and contentious.

Poverty has complex manifestations across regions, identities, age and other indicators. Climate change and economic inequality further undermine efforts to simplify the issue. Your predecessor, Ban-Ki-Moon, remarked, "We can be the first generation to end poverty, the last to end climate change."

The SDGs, adopted by U.N. member states in September 2015, were heralded as one of the most comprehensive development agendas for the world — and indeed, they are. Headlined by the formidable SDG 1 of eradicating poverty everywhere, they represent a major leap forward compared to the Millennium Development Goals and echo the sentiment, "leave no one behind."

But when I joined the several groups of people participating in the Open Working Group during the draft process, an overarching concern plagued me: Amidst the soup of acronyms and jargon, are we prepared to do what it takes to achieve the challenge set forth by SDG 1?

The private sector must act as a catalyst for financing development programs, but with the understanding that it is no magic bullet and needs to be equally accountable so that public-private partnerships work in favor of public interest.

The goal, as outlined in the Agenda 2030 document, comprises five indicators that call to create sound policy frameworks at the national, regional and international levels. These are based on pro-poor and gender-sensitive development strategies as well as 12 indicators including populations below the international poverty line and people in households without basic services.

Following the adoption of the goals, the international poverty line recently has been revised from $1.25 a day to $1.90, although the revision is yet to be integrated into the targets. Based on the new threshhold, about 800 million people are still living in extreme poverty despite poverty rates being cut by half since 1990. In addition, a quarter of children younger than 5 are hungry and receive inadequate nutrition. Statistics such as these are further aggravated by the deep-seated gender bias and social discrimination that runs in most societies, even today.

So, in which way can we transition from the "what" to the "how"? I believe that SDG 1 is not an impossible target, but that it will require us to do things that fundamentally overhaul our social, economic and political systems. And we need to be prepared for that. For example, all governments from developed or developing countries need to make national implementation plans guided by the SDGs framework. These should be clear and binding with specific milestones. Moreover, the implementation needs political capital and cannot merely be a technocratic exercise.

The private sector must act as a catalyst for financing development programs, but with the understanding that it is no magic bullet and needs to be equally accountable so that public-private partnerships work in favor of public interest.

Finally, the availability of high-quality, timely and reliable data is still a challenge in many parts of the world and national statistics offices continue to remain woefully underfunded. If we are to assess our progress, we need to be able to plug these data gaps. 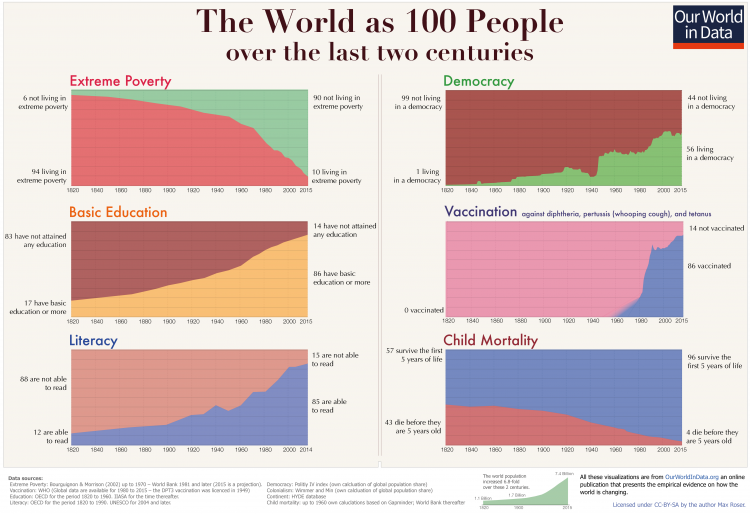 As you can see in the above graph, we have made great strides in the last two centuries — but 10 out of 100 people still live in extreme poverty. And it continues to astonish me that 1 billion people lack access to energy today, despite the light bulb's invention more than a century ago.

We need to recognize that the greatest drivers of poverty reduction today are education, affordable technology, clean energy and equal social and economic opportunities. The achievement of SDG 1 drives, and is in turn driven by the other 16 SDGs. But they all hinge on several big "ifs" — if we address the goals at their source. 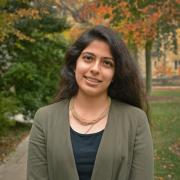 See all by Riddhima Yadav