A groundswell of product repair efforts — including Patagonia's new "Worn Wear" tour — are banking on macro-trends such as the maker movement to help sell the value of extended product lifespans.

There is no shortage of activity at the San Francisco debut of Patagonia's newest sustainability-centric campaign.

Beneath the airy, lofted ceilings at the Potrero Hill headquarters of Yerdle — an app to buy and sell extra stuff sans actual money, in which Patagonia invested some of its very real money last year — happy hour is in full swing.

Next to the plastic tubs packed with cans of Tecate and Sierra Nevada, Patagonia is providing hors d'oeuvres in the form of sustainably-sourced salmon, neatly packaged in spicy salmon rolls, along with samples from a new line of inca berry and almond bars. There is also a kale and quinoa medley of some sort up for grabs. 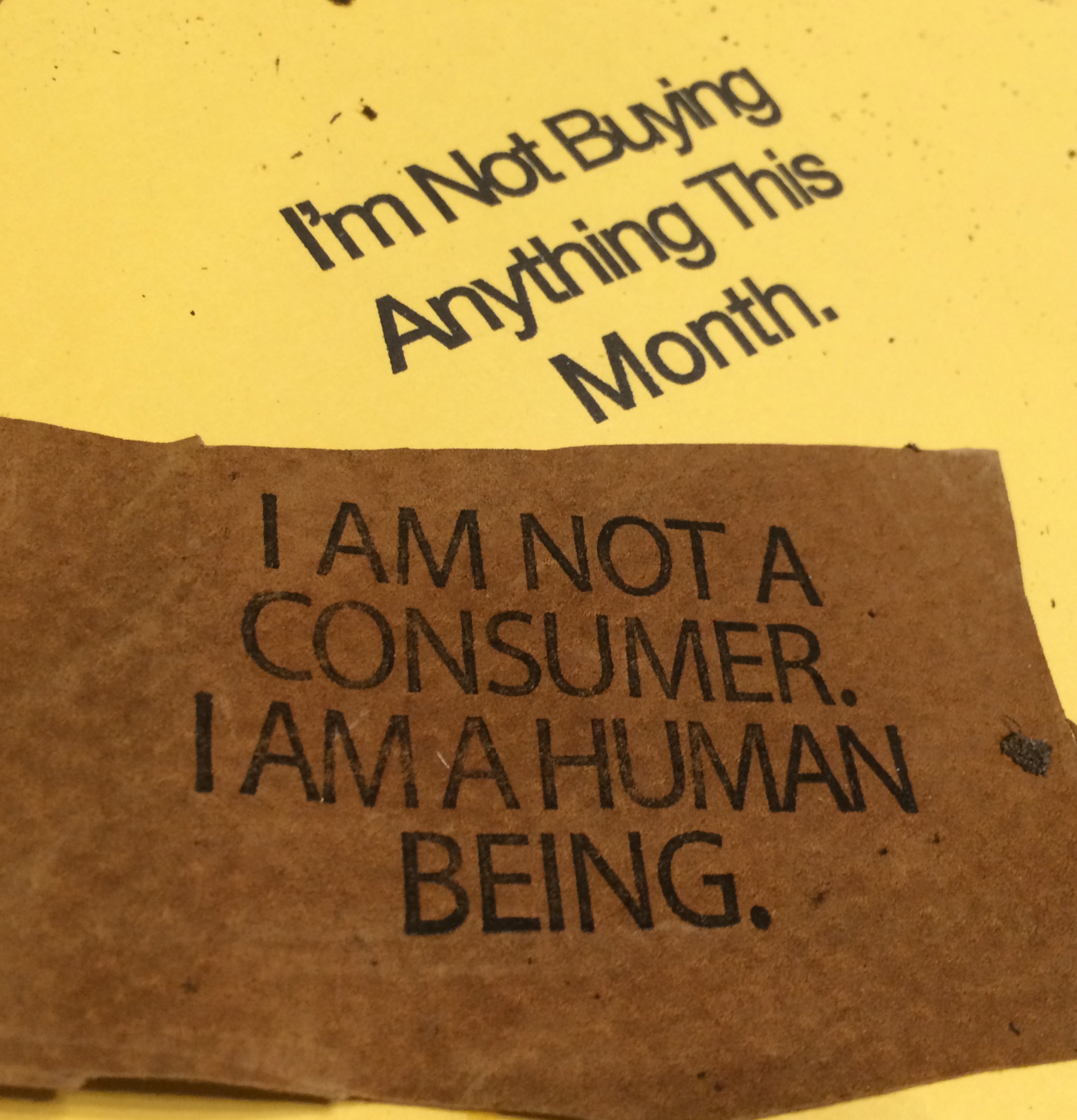 Around the corner, in a small nook of the open office, kombucha is brewing. Just across the hall, there's a do-it-yourself succulent garden workshop and a demo on shaping surfboards with more environmentally-friendly foam cores.

"This is the most San Francisco moment ever," one bystander quietly says to a friend.

But the big draw for the event is outside, where a white truck adorned in reclaimed wood holds a small team of garment repair techs and a limited selection of Patagonia threads.

The eclectic, sustainability-focused gathering is also helping to mark the launch of Patagonia's first road show: a California-to-Boston trip with stops planned along the way in hipster coffee bars, surf shops and Patagonia stores. Each pit stop on the Worn Wear tour, which kicked off in early April and runs through mid-May, allots time for a few dozen on-site repairs.

The underlying message of the tour — clearly evident at the event in San Francisco — is a new turn of the screw in Patagonia's and founder Yvon Chouinard's long-running efforts to counter over consumption.

"Eighty percent of the things in our home are used once a month," said Yerdle co-founder Adam Werbach at the event.

Werbach emphasized that behaviors as innocuous as building a surfboard still can entail the use of toxic materials or lead to large amounts of waste. Then he pivoted back to more immediate concerns: "I already talked about the kombucha, right?"

Finding a fix for product repairs

If something breaks, you fix it. At least in theory.

In reality, plenty of companies have warranties and policies in place that favor trashing a broken product and replacing it with a new one, even if it should be a relatively simple fix.

"This is what we’ve done to our supply chains. We can’t reverse them," said Jamie Facciola, community engagement planner for the Oakland, Calif.-based Sustainable Business Alliance.

Facciola cites one recent micro-example from when her father contacted the manufacturer of his microwave about a broken part on the door of the appliance. Instead of shipping him a new component and repair instructions, the company sent him a gift card for half the value of the microwave. Meanwhile, a trip to a local hardware store turned up a $5 part that did the trick, illustrating the bizarre financial scenarios that can accompany aversion to repairs.

On the user side, time constraints, a lack of proper tools or plain laziness also sometimes can be to blame for neglected opportunities to extend the lifetimes of all kinds of products, from torn jackets to broken appliances at home or in the office.

In a hyper-local twist on the Patagonia effort to build consumer knowledge about the value of fixing broken goods, Facciola has planned a May 17 Repair Fair in Oakland. Her dual objectives: cut waste while also stimulating the local economy.

She has recruited local merchants such as shoe cobblers and computer techs to participate — no easy feat given that many operations are one- or two-person shops wary of taking a day off — and plans to distribute a roster of area repair pros at the event, as many can't easily be found online.

What makes Facciola's quest ironic is that in some ways, it's never been trendier to be handy. Buzzwords such as the maker movement, the circular economy and closed-loop manufacturing are all rooted in concepts related to more sustainable product design and waste reduction — concepts that have struck a chord with sprawling corporations, the fashion industry and smaller groups such as global Repair Café meetups or the ewaste-focused Restart Project.

“It almost needs to be repackaged or re-framed," Facciola said of local old-school repair businesses. "I’ve made a joke that I’m going to go around and put ‘maker’ signs on them."

When it comes to Patagonia, Worn Wear is by no means the company's first foray into sustainability and marketing programs that border on potentially cutting into its own sales margins.

The company previously made headlines for taking out a full-page New York Times advertisement on Black Friday emblazoned with a tag line you don't often see from an apparel company: "Don't Buy This Jacket."

Nellie Cohen, the Patagonia product responsibility analyst overseeing the Worn Wear campaign, said the company was looking to evolve its approach to re-use; "One thing that wasn’t totally working was the complexity," Cohen said of the Common Threads project.

A promising alternative soon surfaced from a source close to the company. Lauren Melloy, wife of Patagonia-sponsored surfer Keith Melloy, had started a Tumblr blog encouraging people to share personal stories of the adventures their Patagonia clothes had accompanied them on.

“We thought, 'Can we start riffing off of this?'" Cohen recalled in an interview with GreenBiz. “It takes the environmental conversation from something preachy and, ‘You have to do this,’ to, 'Let’s celebrate what we have." 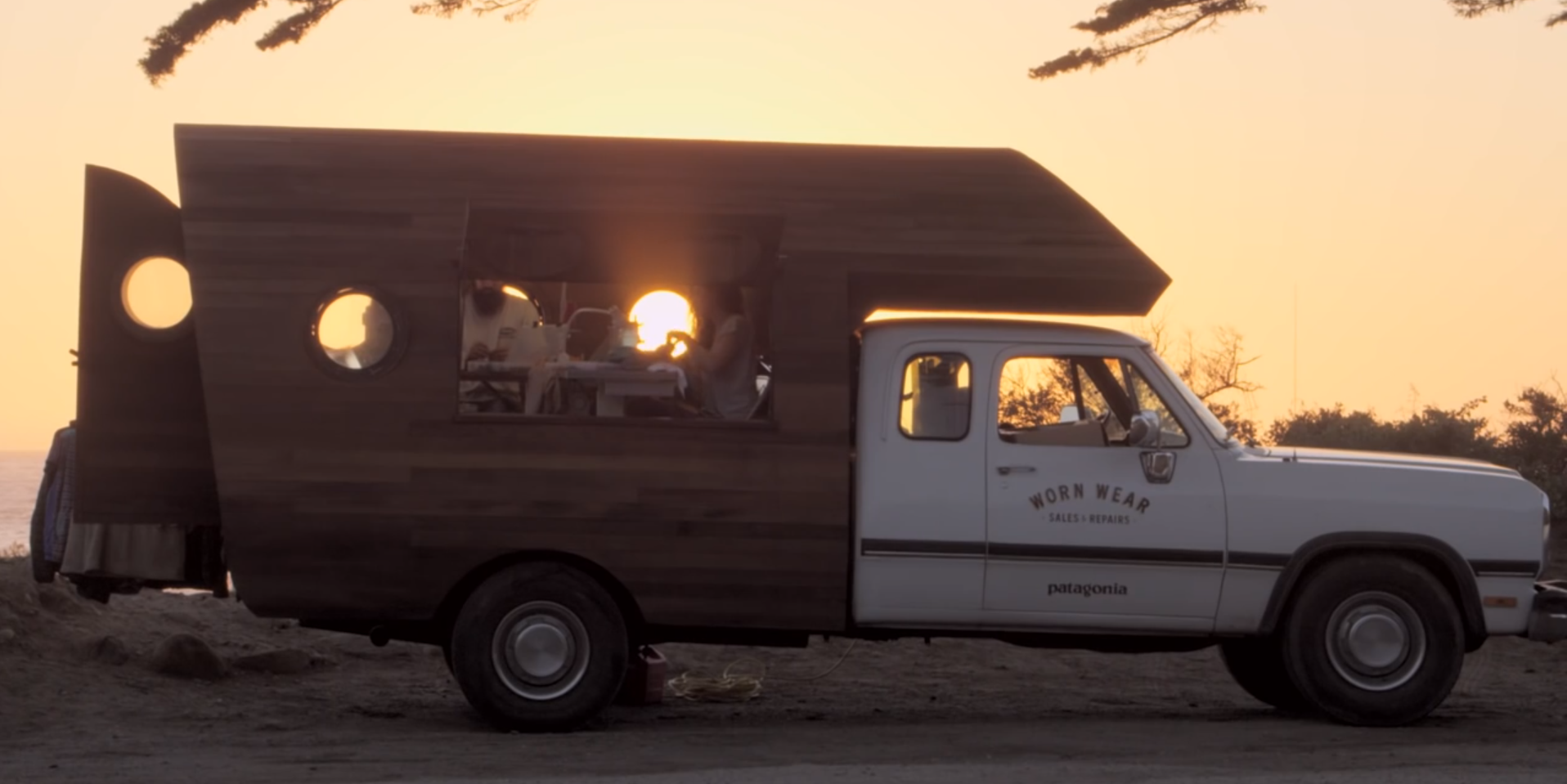 The next step was a series of "all hands on deck" strategy sessions involving not only Patagonia's in-house sustainability experts, but also representatives from the company's marketing, finance and design teams.

From there, the Worn Wear tour concept emerged, with the goal of elevating the work the company's existing 45-person repair team in Reno — which Patagonia's research has concluded is actually the largest apparel repair facility in North America. Repairs are done for free at both in-person Worn Wear tour stops and by mail to the repair center.

Although the company has already experimented with Common Threads and a "store within a store" selling used clothing at its Portland location, Cohen said there were conversations from the start about how sales efforts might be affected or the effort might be perceived.

"Absolutely there was discussion," Cohen said.  "There’s also the sort of hypocrisy criticism. It ignited a conversation, and that’s really Patagonia’s bread and butter."

While effective marketing and trends such as the maker movement or buying local certainly can add incentive to repair efforts, one particularly thorny obstacle is harder to overcome.

"We’re small," Cohen said. "We’re not going to save the world alone."

Although Patagonia is watching the results of the Worn Wear initiative for indications of whether it might be wise to expand sales of used clothes or embark on related programs, examples of all the ways companies disincentivize fixing their products are everywhere.

Consumer electronics companies, while by no means alone, are familiar offenders. Tech giants such as Apple frequently update models for electronic chargers and tend to favor product design that makes it exceedingly difficult to switch out component parts (though newer repair programs like iFixIt are also beginning to pop up).

The evolution of product delivery also adds to the complexity.

Cohen added that much of Patagonia's work around repairs comes down to having products worth saving — an issue of material selection and product design sometimes lacking in cheaper products that have become more disposable.

In terms of achieving bigger scale, Facciola noted that small efforts can make a big impact.

"It’s hard to innovate on the repair business model — it’s pretty good," Facciola said. “What can the bigger guys do? They can make things that are repairable and make parts for the things they make."