If the mention of a cooperative grocery store conjures images of barefoot hippies pawing through bins of nuts and grains like squirrels, then we have news for you. Many of today’s co-ops have modernized their business plans to reach a wider audience. This fact is especially evident in the way many co-op groceries, such as national supermarket chains, are on their way to offering online ordering with delivery in one to two hours.

The reason that many brick-and mortar grocery stores are jumping on the online grocery bandwagon is simple — for many people, shopping online is more convenient.

Due to the emergence of delivery services such as Instacart and Amazon Fresh, the technology which has made it possible for the chains to get online also has made it easy for co-ops, many of which have only one or two stores. Customers simply go to the store’s website, log into the online ordering section and start shopping.

Membership entitles the 'member-owner' to one share of the business and one vote in board elections… a membership acts as equity to keep the co-op healthy and growing.

Instacart currently has 100 retailers nationwide, including several co-ops such as Rainbow Grocery in the Bay Area, Good Grocer in Minneapolis, Central Co-op and Puget Consumers Co-op (PCC) in Seattle and Harvest Coop in Boston. Andrew Nodes, head of retail accounts at Instacart, said that co-ops particularly benefit from online ordering and delivery services because it allows them to expand beyond their neighborhood membership base by giving them access to new customers.

"[Co-ops] also sell hyper-local and perishable items that don’t have the exposure that national brands backed by multibillion dollar corporations do," he said. "Instacart is a way for them to increase customer exposure to those items."

According to Brie Hilliard, marketing director of Food Front Cooperative Grocery in Portland, Oregon, the co-op decided to go forward with an online system two years ago, but put it on the back burner until it had a point-of-sale (POS) system in place. This year, they’ve begun offering sales through Instacart and so far around 130 customers have taken advantage of the service.

The timing was fortuitous, as it coincided with the opening of a popular 17-store grocery chain, New Seasons Market, just a few blocks from the co-op’s flagship location. With online ordering, Hilliard said, Food Front is able to fill orders from its two locations for most of Portland’s neighborhoods in one to two hours.

Historically, co-ops were formed when a group of people pooled resources in order to meet needs they had in common, whether those were economic, social or cultural. In 1844 a group of artisans in Rochedale, England adopted a set of eight principles that formed the foundation on which all modern cooperatives operate. Put simply, these principles defined a cooperative as a jointly owned and democratically controlled enterprise.

In most co-ops, membership entitles the "member-owner" (as they’re referred to) to one share of the business and one vote in board elections and general decisions about the business. The investment in a membership acts as equity to keep the co-op healthy and growing. Most also offer some kind of patronage refund, with additional discounts available depending on the way the co-op is structured.

Both Food Front and Wheatsville Food Co-op in Austin, Texas offer the online service to everyone in the community, not just their member-owners.

Co-ops particularly benefit from online ordering and delivery services because it allows them to expand beyond their neighborhood membership.

"We use our online storefront just as we do our brick and mortar [store]," said Raquel Dadomo, brand manager for Wheatsville. While member-owners get a discount when they join the co-op, she said, "Everyone is welcome to shop at the same prices you’ll find in the store. We want people in other cities to be able to buy food gifts for their local friends, for businesses to restock their office kitchen and for all shoppers to get their favorite locally made items."

Eamon Molloy, Food Front’s general manager, said one goal is to expose a broader spectrum of people to the high-quality products that the co-op offers and, as a result, gain new member-owners, who receive a discount in exchange for their membership. But with the addition of online ordering and home delivery, it no longer matters if people live near the store, which in the past has been a limiting factor for cooperatives.

Now, member-owners simply enter a 12-digit number through Instacart to receive their discount when shopping online.

Will online orders be a game-changer for co-ops?

C.E. Pugh, the chief operating officer for National Co-op Grocers (NCG), a business services cooperative for retail food co-ops, said that about 10 percent of its 150 members are experimenting with online ordering and delivery. While hedging on calling online ordering a game-changer for co-ops, Pugh said, "Every little bit — a 3 to 4 percent boost in sales — helps."

Both Wheatsville and Food Front have found Instacart’s system works well for them and their customers. It helps that the company provides trained "pickers" in each store who collect the orders, then hand them off to drivers. And if the number of orders is too much for the pickers, the co-ops can always fill in with their own employees.

Dadomo said that getting started on Instacart was the biggest challenge but now that everything’s set up, it’s fairly easy to manage.

As for Food Front, in the first two weeks, without any big announcement or press releases, orders were coming in from as far away as Sellwood on the city’s southern border and St. Johns in the north — a promising start. "We’re really excited to offer this service," said Molloy.

Apparently shoppers are jazzed, too. One happy customer summed it up this way when she placed her order: "This is a gift to my daughter. Thank you for making it possible for a mother living in Germany to send a hug." 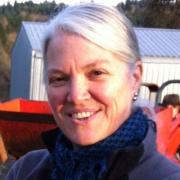 See all by Kathleen Bauer