By John Mandyck & Eric B. Schultz

The following is an excerpt from the book Food Foolish.

One-third or more of the food we produce each year is never eaten.

More than 1 billion metric tons of food is lost or wasted, never making it from the farm to our fork.

Often in developing countries it decays in fields before harvest or spoils while being transported. Some is lost in retail markets before consumers can buy it. Meanwhile, in developed countries people buy too much and then throw it away. They reject perfectly nutritious food that is cosmetically imperfect.

Too often we are served oversized meals, large portions of which are discarded. Although reasons vary, we waste food everywhere, often in ways that are unintended yet seem foolish given our fundamental need for this precious resource. 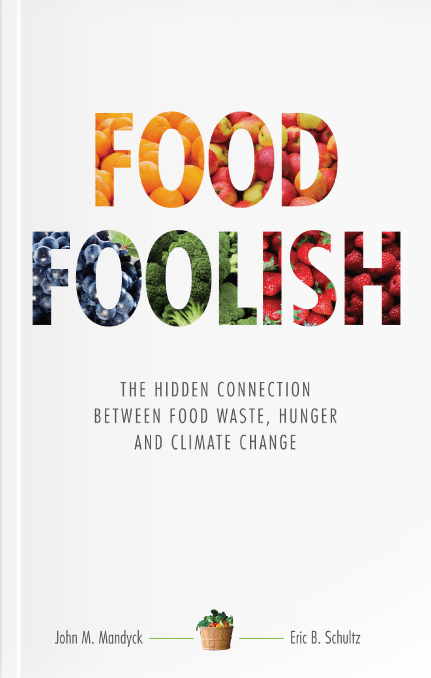 In reality, we produce enough food to feed 10 billion people — everyone today and those expected by 2050. Yet people are still hungry. It’s hard to imagine so much waste of something so valuable in our modern, connected world.

More than 800 million people — a population equivalent to the United States and European Union combined — are chronically hungry. Two billion people, many of them children under 5, suffer from malnutrition.

Food waste causes enormous misery and robs billions of people of their full potential. But the issues go well beyond hunger.

In 2007 and 2008, an unexpected escalation in global food prices threw millions of people into poverty and caused panic in markets around the world. Riots rocked cities in 20 countries.

The globe’s urban populations — growing at 180,000 people per day — recognized just how far removed they had become from the sources of their food. Leaders around the world questioned their nations' food security.

The extraordinary growth of cities also means a rising middle class. This leads to demands for improved diets, shifting from simple grains to more nutritious meats, dairy, vegetables and fruits. The kinds of foods increasingly in demand are the very foods that reduce malnutrition.

They are also the most susceptible to spoilage and waste and require the greatest care as they move through the food supply chain.

Food waste also has a devastating impact on the environment. The water used to grow just the food we discard is greater than the water used by any single nation.

Greenhouse gas emissions are no less significant. The embodied carbon dioxide (CO2) emissions in food waste alone represent 3.3 billion metric tons. That’s all the energy that goes to produce the food we never eat, including fuel for tractors used for planting and harvest, electricity for water pumps in the field, the power for processing and packaging facilities and more.

Yet the connection between food waste and climate change is missing from policy discussions and public discourse.

Food conservation is every bit as important as energy conservation. Public policies have long and successfully encouraged energy efficiency to spread more power throughout our economy without having to build costly energy production facilities that result in greater environmental emissions.

That same rigor must now be applied to prevent food waste.

The magnitude of food waste is shocking. Imagine purchasing three bags of groceries. While driving home, toss half of one bag of food onto the road. That represents the loss that occurs during harvest, processing and distribution.

Arrive home and immediately toss the other half of the bag into the trash. That’s the waste experienced by retailers and consumers. Buy three, get two: Welcome to our food system.

Some estimates show that we will need to increase global food production by 70 percent to meet the needs of our growing population. Yet we already produce enough food to feed everyone, including all those expected to join the planet by the middle of the 21st century.

All we need to do is get that third bag of groceries home safely and onto our plates. When we waste less, we feed more. Even saving a portion of what is wasted can have a dramatic impact on reducing hunger, malnutrition, poverty, political instability, water shortages and carbon emissions.

There is a better way. Without action, the low-hanging fruit for reducing climate change will continue to literally rot before our eyes. 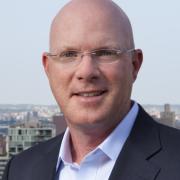 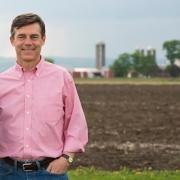 The low-hanging fruit for climate protection is rotting

See all by John Mandyck