Ailing car company Ford is turning to renewable energy and fuel efficiency in an attempt to get back on its feet.

In the past few weeks, Ford has introduced plans to roll out electric and plug-in hybrid vehicles (PHEV). A battery-powered commercial van will be released in 2010, a battery-powered car will come out in 2011, and a PHEV is scheduled for a 2012 unveiling.

Ford is not new to the hybrid scene— the company launched the first US-made hybrid 5 years ago—but the Escape SUV hybrid was overtaken long ago by cars like the Prius.

I had the chance to visit Ford's Headquarters in Dearborn, Michigan, this past August, and I can attest that the company's efforts are genuine. In addition to pursing electric and PHEV vehicles, the company is also working on incorporating green materials like soy-based foam and Indian grass into its cars. 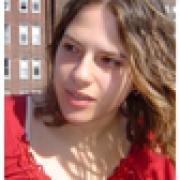