The company, headquartered in Switzerland, plans to detail its manufacturing and commercialization strategy in an event at the facility to be attended by state and local officials.

Headed by Norwegian tech and energy entrepreneur Jostein Eikeland, Alevo claims it has raised more than $1 billion to date from undisclosed private investors and equity funds. Earlier this year, a U.S.-based affiliate purchased the 3.5 million-square-foot manufacturing facility for $68.5 million.

Although the company officially was founded in 2009, it has been operating under the radar for about 10 years, Eikeland disclosed in an interview.

“We’ve been extremely stealth, but now we’ve come out and bought this property and are announcing manufacturing in North Carolina,” said Eikeland. “It’s good for us to come out now. We want to be good for the local community and the market.”

While Alevo is virtually unknown, the company’s plans are every bit as bold as Tesla’s Gigafactory taking shape across the continent in Nevada. Alevo is focused on grid-scale storage systems, similar to companies such as Aquion Energy, Solar Grid Storage, NEC Energy Solutions and others – many of which will be discussing their energy storage solutions this week at VERGE San Francisco. 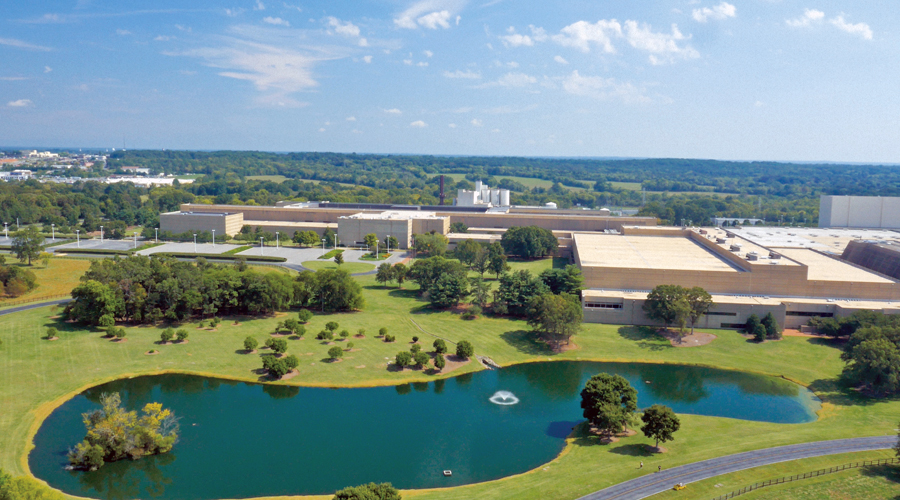 Alevo aspires to become a fully vertically integrated manufacturer, from materials to installation, according to the Alevo chief executive. The company has a research and development unit in Germany and plans to produce an inorganic electrolyte — its “secret sauce” — at a factory in Switzerland that will be shipped to North Carolina and built into the company’s “GridBanks.”

Alevo’s battery consists of lithium iron phosphate and graphite as its active material, and the inorganic non-flammable electrolyte that enables the “breakthrough battery technology” to charge and discharge more than 40,000 times, slashing the lifetime cost of utility-grade batteries, Eikeland said.

“We can help on a systemic level,” he said. “This battery is a beast.”

Each GridBank is designed to provide up to 2 megawatts of grid-scale storage capacity using batteries packaged in shipping containers. Combined with advanced data analytics, Eikeland said GridBanks can significantly cut electricity waste, help to integrate intermittent renewables such as wind and solar into the grid and provide grid operators with energy management and frequency regulation services.

An unnamed insurance company will back the product warranty, according to Eikeland.

Eikeland said the company currently employs 140 workers worldwide and plans to hire about 500 employees in North Carolina by 2015, growing to 2,500 within three years as new manufacturing lines are added. The workforce expansion is aimed at supporting Alevo’s immediate plan to produce up to 500 megawatts of GridBanks next year and “a few gigawatts” by 2016. Production is scheduled to begin next July with about 40 GridBanks per month. 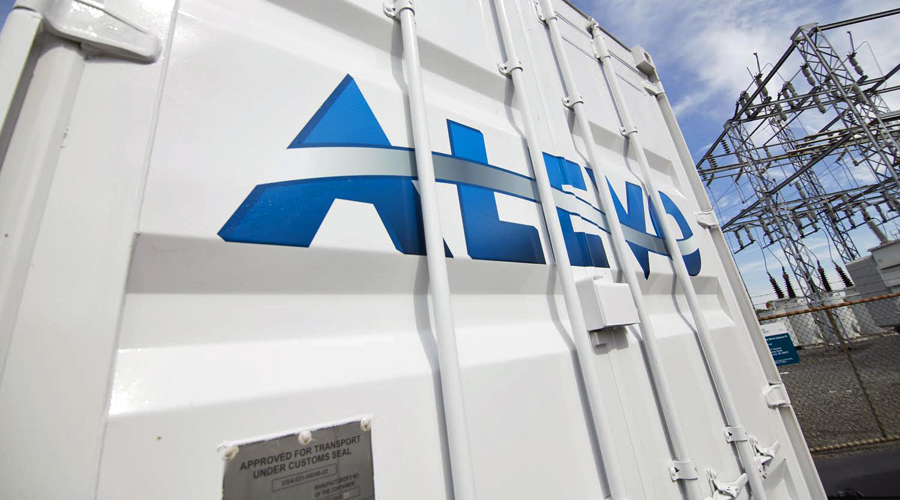 A close-up of the GridBank, which can charge and discharge more than 40,000 times.

Also announced on Tuesday, Alevo signed a strategic agreement with China-ZK International Energy Investment Co. – under which the company will promote and commercialize Alevo’s products and services in China. The agreement includes an initial pilot project in Guangdong, China, to demonstrate Alevo’s storage technology, which is scheduled to begin later this year. China-ZK also will assist in funding production of GridBanks in China, as well as production of a nickel foam substrate that is a key element of Alevo’s inorganic electrolyte.

“We are confident we will deploy GridBanks in the U.S., but we also made sure we have global markets from day one,” he added. “We have to go to scale, which is ambitious, but we are doing it.”

According to an analysis of Alevo’s technology by the consulting firm Accenture, which was supplied to GreenBiz, the characteristics of the Alevo battery system “provide a basis for improved overall economics as compared with typical systems.” Although the consultancy admits that it did not perform a full life cycle cost analysis, “specific characteristics of the Alevo system would translate into improved total life cycle costs.”

This is because of projected longer life of the battery system, “due to stability of operation even after extended charge/discharge cycles,” a “more predictable aging profile” and “lower maintenance costs due to lower risk of incidences from combustion or overload.”

How befitting, then, that one of the projected key advantages of this battery technology to be produced in a former cigarette-manufacturing factory is its non-combustible nature. But it remains to be seen whether Alevo truly will light a fire in the marketplace or whether it will go up in smoke, as numerous stealthy energy startups have done.