Starting in the 1980s, McDonald’s was repeatedly challenged on hot-button social and environmental issues by powerful NGOs. It spent over a decade in defensive mode, as groups such as Greenpeace and PETA demanded that the company rethink its approach to issues such as packaging, animal welfare, deforestation and nutrition.

Eventually, the mega-brand shifted to strategically solving issues with NGO partners. As it integrated sustainability into its core mission, it began to rebuild brand health with consumers.

Former McDonald’s VP of Sustainability Bob Langert recounts the company’s sustainability journey in his new book, "The Battle to Do Good." It’s an insider’s view of the company’s highs and lows, as well as a guide to making business stronger and more relevant.

Bard MBA alum Ben Volk spoke with Langert about the company’s toughest challenges, how McDonald’s made the shift to integrating sustainability and where it can continue to lead by example.

Ben Volk: You spent your entire career at McDonald’s. How did your role change over the course of your tenure?

Bob Langert: My career at McDonald’s started out in the area of the environment, and it was kind of narrowly focused. Over time, it expanded into so many other issues for the company: animal welfare; nutrition; human rights.

In the early stages of the work, the first 10 to 15 years, it was reactive, defensive, ad hoc. We were getting attacked on creating too much packaging — the polystyrene container was an evil symbol of a wasteful society. These were the things that were happening in the late '80s. Later on, it was that we were not treating animals correctly. We’d be kind of thrown into the fire — how do we come up with an animal welfare policy?

But over time, and it probably took too much time, we became much more proactive and strategic in really looking at this thing in an integrative way. That didn’t really happen until 2011 or 2012. That’s the journey that many other companies have also been through.

I’m very passionate that, in today’s world, sustainability should be looked at as an opportunity, as something strategic, made into a key part of any business.

Volk: So the shift was the result of leadership on the inside in response to consumer pressure?

Langert: Absolutely. Your brand is how your consumer views you. Even if you think you’re doing good things, if the consumer doesn’t see them or doesn’t believe it, that’s going to affect your business.

Our market research experts advocated that, for every 1 percent improvement in brand health, stores would see a 2 percent increase in sales. So, we saw a benefit. And by the way, that benefit doesn’t come overnight. It takes three, five, seven years to build up brand health, but that was the opportunity that we ended up seeing. It was very much consumer-driven.

Volk: Your book "The Battle to Do Good" was published earlier this year. What compelled you to write it?

Langert: For most of my career at McDonald’s, I’d talk to people both inside and outside the company about things we were doing — on packaging, animal welfare, working with Greenpeace on the Amazon — and people would say, "Why don’t I know this?" That’s what compelled me to write the book.

Plus, I felt that there wasn’t an inside, honest view of what it was truly like to work at the company. I called it "The Battle to Do Good" because the fact is that we were getting attacked and the company had to react. There was the internal battle, the external battle and my own personal battle trying to make all these things happen.

I felt that the literature on corporate social responsibility and sustainability was filled with good books that were more technical or academic, kind of how-to books. I wrote my book to reach the common person — in a way that it could be part of a book club. I wanted to tell a story that I felt only I could tell since I lived through all of these things.

Volk: Your book is broken up into 12 "battles" or chapters. can you highlight some of them?

Langert: So many things that happened over the 30 years I was with the company, and I thought the best way to structure the book was to take a look at big issues like waste, animal welfare, and nutrition and health.

The first chapter, for instance, is about packaging waste and how the polystyrene container was the symbol of all things bad. I wanted to take a deep dive into what that meant for the company, how outsiders were viewing us, how we reacted, and how we ended up partnering with the Environmental Defense Fund to come up with solutions.

The book is not a memoir. I interviewed 60 people, so when you’re reading about our journey about how to deal with waste, it’s not only the McDonald’s perspective, it’s a 360 viewpoint on what really happened. I’m hoping that when you read the book, you live the experience.

Volk: Is McDonald’s a good role model, and can it lead better by example?

Langert: A resounding yes. McDonald’s is huge. Imagine a company that serves 70 million people a day — that’s almost 1 percent of the world’s population. We always knew that being a leader in the industry bears a lot of responsibility. Your competitors look up to you and tend to follow what you do.

I can give you a lot of examples where we were a role model, like on animal welfare. We made announcements on making cages bigger for hens (going cage-free eventually), and on eliminating gestation cells for sows and pigs. It turns out that then competitors made similar announcements.

In my experience at McDonald’s, probably the toughest challenge to lead by example on was developing healthier food alternatives. McDonald’s was part of the whole obesity debate, and we needed to be part of the solution, but it was tough. I remember the CEO at one point gave us a B+ for effort and a D- for results. We’d come up with all of these healthy alternatives and we couldn’t sell them. The COO would say that we were selling six salads on average per restaurant per day, and you can’t keep something on the menu that doesn’t sell.

The bigger part of your question is about doing more, and the answer is yes. It’s complex as to where McDonald’s can make the biggest impact, what are the most material issues, and where does it have the ability to actually make a change. I’ve been retired for four years, and the company’s continued to press the edges on how it can make a difference. 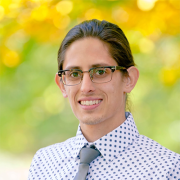 Cooperation vocation: How the Organic Valley embraces sustainability and community

See all by Ben Volk