From Hawaii's Molokai to Samso, Denmark, islands are becoming a hotbed for experimentation with renewable energy, waste reduction and water conservation.

One is a 7,300-person tropical paradise. Another is a Danish territory roughly twice the size of Manhattan situated in the icy waters off Northern Europe. They might sound like polar opposites, but Molokai, Hawaii, and Samso, Denmark, have one very important thing in common: Both islands are at the forefront of a global push to use remote, energy-constrained territories as a petri dish for fossil-fuel-free societies.

From the European Union to Australia, Asia and the Caribbean, the number of islands targeting a transition to 100 percent renewable energy has swelled in recent years as climate change models forecast increasingly dire fallout for geographically vulnerable outlying areas.

"What we are looking to create is a proactive instead of a reactive model for how communities decide where they want to go," said Emillia Noordhoek, director of renewable resources for the seven-year-old nonprofit Sust’āinable Molokai. "We’re at this perfect moment where we need to do this because of climate change, and we want to do this because of all the policies we’ve set in play."

As Hawaii targets a statewide 100 percent renewable energy goal by 2045, the 260-square-mile island of Molokai has been fast-tracked for a transition as soon as 2020. The island's challenge in going from ambitious goals to a vision of community-owned clean energy infrastructure — and navigating thorny political, economic and social obstacles likely to arise in the process — in many ways underscores broader sustainable development challenges both on islands and on "the mainland."

In this quest, Molokai also has joined with other islands with similar ambitions, including Samso, in a nascent knowledge-sharing effort called the Tentou Project. Also in Europe, dozens of islands in Croatia, France, Italy, Greece and Portugal have come together under the Smart Island Initiative to launch and study "living labs" for alternatives to incumbent oil and coal-powered infrastructure.

We are looking to create a proactive instead of a reactive model.

The case for focusing on islands first, as summed up by the Smart Islands Initiative, is, "They are among the first to experience the devastating impacts [climate change] has on local ecosystems and livelihoods. Meanwhile, insularity implies energy dependency on fossil fuels, high transportation costs, limited economic diversification and access to markets."

Still, as Noordhoek and her peers are learning, hammering out new models for ownership, funding and even neighborhood debates about aesthetics isn't easy. That's especially true, she said, when you add in utility providers who profit from existing systems and the mistrust of outsiders that can accompany life in remote corners of the world.

One very prominent outsider that has retained a very strong presence in places such as Hawaii and American Samoa is the U.S. military — an increasingly strong force for expediting clean energy adoption in its own right.

"They’re starting to look at it from a broader perspective, which is mission security," said Vicari, officially an energy coordinator and environmental project specialist with military consulting firm Dawson Enterprises. "We don’t have a back-up plan right now."

For Noordhoek, the economic case for changing Molokai's energy status quo became evident when she was working to build affordable housing on the island with Habitat for Humanity. Around 2010, when consumer energy rates hovered around 49 cents per kilowatt-hour, the nonprofit helped to build two of Molokai's first off-grid homes as a way to reduce the financial burden of utility bills.

"It’s still the highest in the nation," Noordhoek said, noting that current electricity rates are closer to 36 cents per kilowatt-hour. "The way that you use energy is a big part of what you need to look at in affordable housing, because it’s the hidden cost of housing."

That perspective has helped inform Sust’āinable Molokai's vision for focusing on social equity in the island's vision for renewable energy. Although Hawaii has struggled statewide with how best to balance the 100 percent renewable energy goal with the objectives of publicly traded power utility Hawaiian Electric, Noordhoek said Molokai aims to cultivate community-owned power. 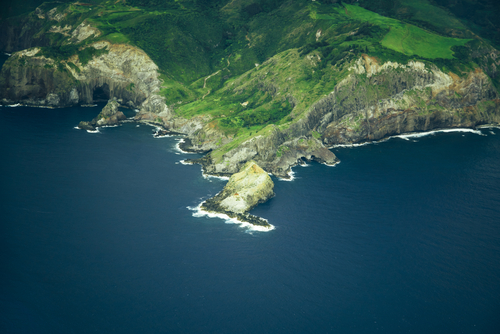 In a state filing earlier this year, Hawaiian Electric officially stated a goal to transition Molokai to 100 percent renewable power by 2020 through a mix of solar, wind, battery storage and biofuels. Now, Noordhoek said she hopes the plan, which follows years of advocacy from groups such as Sust’āinable Molokai, will allow enough time to build community input into the process.

That would be a shift from the past, she said, when major proposals for wind developments and other large-scale energy projects have at times triggered sensitivities to outsiders imposing a top-down business plan.

"It was developers and development coming from the outside in and telling the community how they were going to develop renewable energy projects and who was going to benefit," Noordhoek said. “You have to tread lightly."

More broadly, there's also the matter of extrapolating lessons learned from one island to others — or even back to the mainland.

One recent report by European energy industry association Eurelectric, for instance, pinpointed the difficulty in tailoring solutions to individual islands while also establishing frameworks for legal or technical models that can be applied in multiple places.

"Designing innovative cooperation mechanisms and financing instruments should be part of this process," the report authors wrote.

While groups such as Sust’āinable Molokai work to shore up clean energy assets for island residents, the military is one institution working in parallel to scale renewable power for its own purposes.

With the Army Reserves, priorities include a 325-kW solar project underway in American Samoa and implementing several other net-zero road maps created for installations on the islands of Guam, Maui and Saipan.

"There’s a lot of momentum," Vicari said. "Day to day, it’s keeping up to date with the progress of projects. It takes so long for these projects to start moving forward."

From scoping out where to actually build new solar installations to adjusting metering systems, a range of logistical challenges can arise. And then there are tight budgets to keep in mind.

"Not just with energy but all construction projects you’ll hear, 'Oh, we need more money,'" Vicari said. "It’s not as cost-effective as when you went into it."

Looking ahead, Vicari said the goal is to widen net-zero efforts to water conservation and waste reduction. (Across the board, Vicari said that her budget and mandate have not changed since U.S. President Donald Trump moved to withdraw the country from the Paris Climate Agreement.)

For Sust’āinable Molokai, too, ramping up renewable energy is a prospect with significance that extends beyond how islands are powered day to day.

"The goal is to create a sustainable island, not just with energy but with food and economic development and conservation," Noordhoek said.