Ten years ago Blockbuster CEO Jim Keyes said he wasn’t worried about digital streaming. "I’ve been frankly confused by this fascination that everybody has with Netflix," he said. Blockbuster’s head of digital strategy echoed this sentiment, asserting the company was "strategically better positioned than almost anybody out there." Not long after, Blockbuster went the way of the butter churn, while Netflix became a household fixture. Today, the movie streaming service is worth almost as much as Disney.

To most people, that’s a funny story about the hubris of a technological dinosaur. Imagine, however, if Blockbuster had been a cornerstone of the U.S. economy, that millions of people had been employed in the manufacture and sales of "Jurassic Park" DVDs, that there were hundreds of cities dotting the South and Midwest where brick-and-mortar video rental was the only job in town. Then, the collapse of Blockbuster wouldn’t be so funny. It would be a catastrophe.

This, experts warn, could be the future of fossil fuels.

Wind turbines, solar panels and electric vehicles are getting cheaper and more abundant by the day, which is hurting demand for coal, oil and natural gas. As demand falls for conventional fuels, so will prices. Companies that laid claim to coal mines or oil wells won’t be able to turn a profit by digging up that fuel. They will default on their loans, pushing banks to the brink of failure. Prices are likely to crash before 2035, costing the global economy as much as $4 trillion, according to a new study published in the journal Nature Climate Change.

The projected global power mix if countries meet their commitments under the Paris Climate Agreement and the price of renewables continues to decline. CCS stands for "carbon capture and sequestration." Source: Carbon Tracker

"Traditionally, fossil fuel companies have been considered very safe and very profitable industries with high returns, if you were to invest in their shares. Now, this may be changing," said Jean-Francois Mercure, professor of energy, climate and innovation at Radboud University in the Netherlands and lead author of the study.

"It requires institutions to properly reassess the risk in their portfolios," he said. "This transparency needs to start to happen, because they need to know what their money is ultimately invested in. This really reminds us a lot of what happened in 2008 with the financial crisis, where there was a lot of repackaging of assets, and people didn’t really know what they owned until they realized those assets weren’t paying off."

It requires institutions to properly reassess the risk in their portfolios. This transparency needs to start to happen.

Mercure and an international team of economists and policy analysts modeled the future of fossil fuels under a variety of scenarios, examining what will happen if countries hew closely to targets of the Paris Climate Agreement, and what will happen if they don’t. What’s remarkable is that fossil fuels are likely to go bust regardless whether countries take climate change seriously. The rapid pace of technological progress will transform the energy sector. Researchers say the only way to guard against the impending collapse in the price of conventional fuels is to accelerate the transition to clean energy, ensuring investors and fossil fuel firms aren’t caught flat-footed when oil, gas and coal bottom out.

As with everything, there will be winners and losers. Countries that import large volumes of fossil fuels — namely China, Japan and much of Europe — likely would be better off, having transitioned to cheap, renewable power and electric cars. They likely also would be spending more money on clean technology produced at home and sending less money to fossil fuel producers overseas.

On the other hand, countries that produce and export a lot of oil, coal or gas — namely the United States, Canada, Russia and much of the Middle East — would face economic upheaval. Canadian tar sands and American shale oil operations, which produce the most expensive oil, would be hardest hit. Middle Eastern countries, which produce the cheapest oil, likely would fare best. Mercure expects OPEC countries would meet most of the remaining demand for oil.

A sudden and dramatic drop in the price of fossil fuels would lead to mass unemployment. Jorge Viñuales, a professor of law and environmental policy at the University of Cambridge and co-author of the study, warns this could fuel "public disenchantment and populist politics." He pointed to U.S. coal companies, which have struggled to compete with wind, solar and natural gas. Many coal workers have thrown their support behind President Donald Trump, who has tried to keep the industry afloat, most recently by moving to stay the shutdown of coal-fired power plants.

Researchers caution against subsidizing fossil fuels — a strategy akin to forcing Netflix users to rent movies from Blockbuster. The only viable strategy, they say, is to reduce the systemic importance of fossil fuels by accelerating the transition to clean energy. Mercure recommends retraining coal, oil and gas workers for jobs in clean energy. 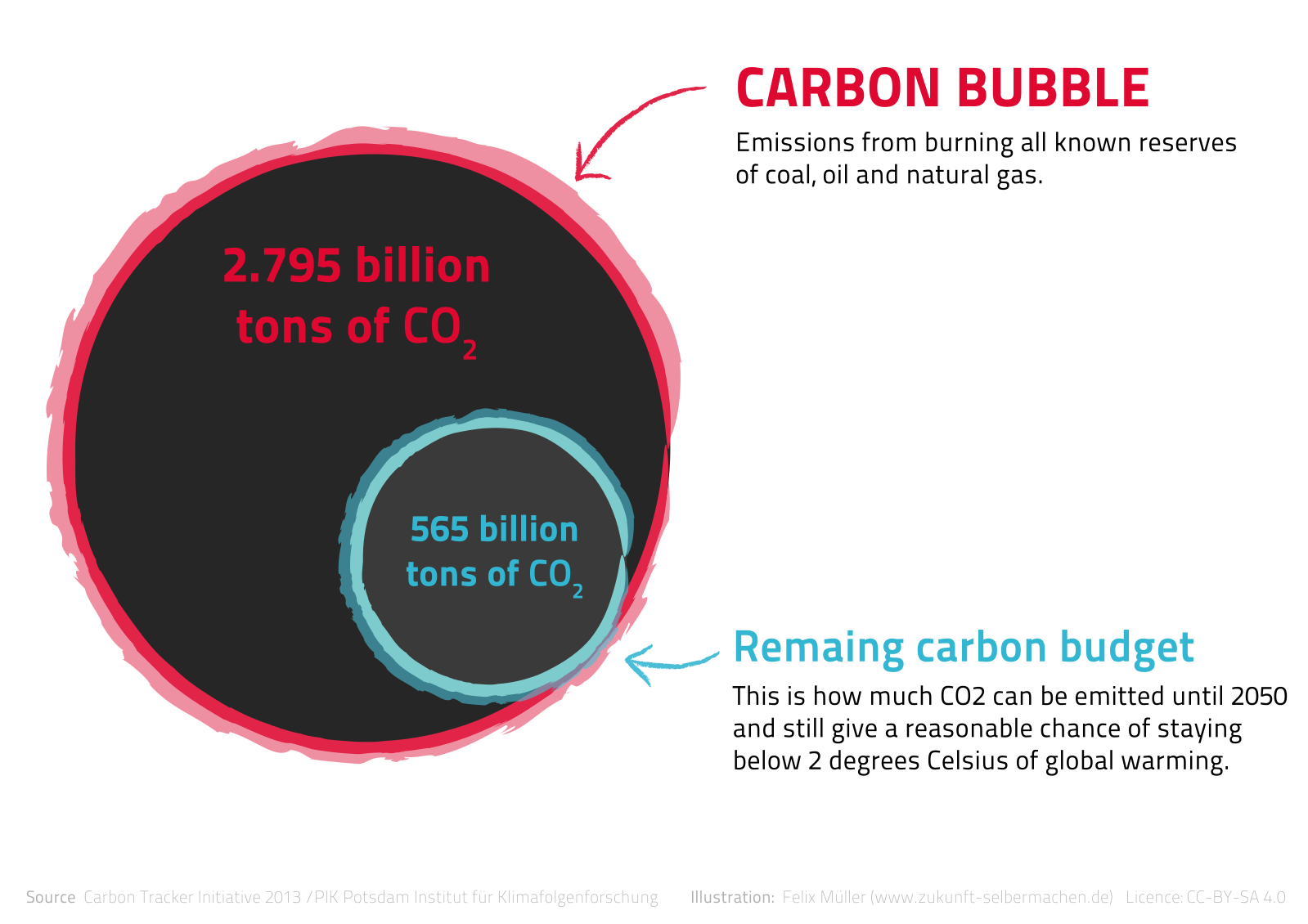 Viñuales laid out five goals for investors and policymakers. "First, don’t invest more resources in fossils," he said. "Second, if you have fossil fuels already invested, try to divest them, at least significantly. Third, if you’re a fossil fuel company, try to diversify as much as you can while you’re still alive. Fourth, if you’re a policymaker, don’t adopt policies that are conducive to more investment in fossil fuels, because that is going to be bad for your country. Fifth, if you are in the geopolitical game, you have to consider what could happen to you."

Notably, predictions of this study stand at odds with the forecasts of the International Energy Agency (IEA), which has been more bullish on fossil fuels, predicting the price of oil will peak in 2040 at the earliest. However, the IEA consistently has underestimated wind and solar historically, and many leading financial experts long have warned of fossil fuels going bust.

In a 2015 speech (PDF), Mark Carney, governor of the Bank of England, warned that meeting the goals of the Paris Agreement would require leaving as much as 80 percent of the world’s proven reserves of oil, gas and coal underground, which would alter the economics of fossil fuels. Now, it seems that in the absence of ambitious climate policies, the growth of renewables will have a similar effect. There is, however, a bright side. As Carney noted, the shift to clean energy "is a major opportunity for insurers as long-term investors. ... The more we invest with foresight; the less we will regret in hindsight."

'Alarm bells should be ringing' for coal companies and investors

COP and the carbon bubble: What a climate deal could mean for fossil fuel