President Donald Trump has promised his supporters in Iowa that the federal government will take a step that may increase corn ethanol sales.

This plant-derived fuel, which comprises about 10 percent of the 143 billion gallons of gasoline Americans buy each year, is a kind of alcohol made from corn. The industry first emerged in 1980s with government support, after interest in making the country less reliant on imported oil surged in the 1970s. It later acquired a second purpose: lowering greenhouse gas emissions.

I have spent the last 24 years studying alternative fuels and fuel blends. Based on my research, and as a consumer, I can say that increasing the amount of ethanol blended with gasoline creates problems with older engines and potentially increases air pollution due to increased fuel evaporation while doing little to curb climate change.

Americans have been mixing ethanol and gasoline since Henry Ford touted the potential of biofuels. His Model T could run on gasoline or ethanol or a combination.

But ethanol use only took off in the 1970s following the energy crisis. Its use expanded greatly during George W. Bush’s administration, with the advent of the Renewable Fuel Standard in 2005. This federal program mandated that increasing amounts of renewable fuels be mixed with gasoline and diesel. The program has set a target for the domestic consumption of 15 billion gallons of corn ethanol since 2015.

The evaporated emissions from fuels can contribute to the formation of ozone, a major component of smog. In hotter weather, ethanol can exacerbate pollution problems in cities.

Most engines safely can run on a blend of 90 percent gasoline and 10 percent corn ethanol, the standard formulation known as E10 that is available at most American gas stations. E15 is a blend containing 15 percent ethanol. This blend is not available in every state.

And where E15 is sold, it isn’t currently available year-round.

That’s because the additional 5 percent of ethanol, combined with summer heat, would increase the tendency of blended fuels to evaporate. The evaporated emissions from fuels can contribute to the formation of ozone, a major component of smog. In hotter weather, ethanol can exacerbate pollution problems in cities. Trump’s proposal would eliminate the existing summer ban on E15 sales.

Removing the ban probably would boost ethanol sales, aiding farmers who grow the corn used to make the roughly 16 billion gallons of it the U.S. produced in 2017, including exports, and the ethanol industry overall.

Because a higher percentage of ethanol means a lower percentage of petroleum, using more ethanol hurts petroleum refiners. It also would pose a logistical challenge. Ethanol cannot go into oil or gas pipelines because it absorbs excess water and impurities within pipelines. That means rail cars and tanker trucks transport all ethanol.

Although ethanol proponents say its use cuts carbon emissions, the evidence is mixed.

The ethanol Brazilians make from sugarcane residues does a much better job of shrinking that country’s carbon footprint. Converting sugarcane wastes into ethanol produces more than 9.4 units of energy for every unit that producing this fuel consumes.

The share of oil the U.S. imports has fallen in recent years, but that decline is largely due to a domestic production boom brought on by hydraulic fracturing, often called fracking, horizontal drilling and other technological advances. Increased domestic output has displaced 54.5 billion gallons of imported oil annually — more than three times the roughly 15 billion gallons of oil per year ethanol is displacing.

Biodiesel and renewable diesel, made from vegetable oils and animal fats, are displacing another nearly 3 billion gallons of diesel derived from petroleum per year.

Ethanol blends may cost a bit less to fill up your tank but based on my calculations the decrease in miles per gallon that E15 would yield will mean it makes no difference on your wallet.

The problem is that blending ethanol with other fuels lowers their energy content, slightly decreasing fuel economy. It may cost a bit less to fill up your tank but based on my calculations the decrease in miles per gallon that E15 would yield will mean it makes no difference on your wallet.

Likewise, the claim that E15 leads to cleaner air is not justifiable.

For one thing, all vehicles made since 1975 have catalytic converters that remove unburned hydrocarbons and other airborne pollutants. For another, the Energy Department has not detected any across-the-board reduction in tailpipe emissions associated with ethanol use. Instead, it has observed that using more ethanol may slightly increase the tailpipe emissions of aldehydes, which are respiratory irritants.

All cars since model year 2001 can operate safely on E15, but not older cars. Vehicles manufactured before 2001 could suffer fuel system or engine damage if they’re run on E15. The government requires the labeling of all E15 fuel pumps to prevent accidental use for this reason.

A bipartisan bill is pending in Congress that would take this notification further by making the labels bigger and mandating that they warn consumers to check their owners’ manuals.

Another problem is that concentrations of ethanol in excess of 10 percent can hurt non-automotive engines, the Energy Department has found. These include, for example, the motors in lawn and garden equipment, motorcycles and speedboats.

Smaller engines lack computer controls able to adjust to operation on ethanol blends. If, say, the chain on your chainsaw engages without you intending it to, you could be in real danger. This malfunctioning potentially can cause accidents in which people lose fingers or even limbs.

Even once manufacturers redesign their weed-whacker and chainsaw engines to become compatible with higher ethanol blends, consumers who own older equipment would remain at risk of having them break down due to changes in fuel composition if E15 becomes the norm at filling stations.

People who own lawn and garden equipment and speedboats would have to go out of their way to avoid this problem by buying "pure gasoline."

In short, year-round sales of E15 probably won't do much to reduce oil imports or trim the nation’s carbon footprint. It would take more ambitious and strategic energy policies to achieve those worthwhile goals. 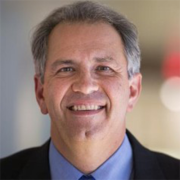 See all by André Boehman