From packaging to ecosystem rehabilitation, mycelium — the root structure of mushrooms — has a lot to offer.

Fungi are being transformed into durable and sustainable materials for outerwear, packaging, skincare and, of course, incorporated into delicious, nutritious meals. Ecovative Design is a biotech company focusing on the root structure of mushrooms — known as mycelium — to build these materials through a process known as biofabrication. Their goal is to reduce the health and environmental impacts of plastics and meat by replacing them with mycelium-derived products.

According to Ecovative’s CEO, Eben Bayer, "our forests are biological cities that run on — and are connected by — a living, underground network of mycelium … It’s one of the greatest natural recyclers of material, breaking down old matter and turning it into nutrients that power the forest."

Starting as a project in their dorm room at the Rensselaer Polytechnic Institute, co-founders Eben Bayer and Gavin McIntyre formed Ecovative Design on the initial idea of using mycelium as a binder to replace styrofoam. Over time, Bayer and McIntyre successfully developed Mushroom Packaging — the first application of using mycelium as a material — and eventually, mycelium leather.

There’s just tons of opportunity and materials in food to use this beautiful technology that’s right beneath our feet, to grow materials or plant-based bacon.

"As a technologist, my idea was can we use technology to make it easier for people to live in harmony on Earth? That search brought me to mushrooms … There’s just tons of opportunity and materials in food to use this beautiful technology that’s right beneath our feet, to grow materials or plant-based bacon," Bayer tells Food Tank.

Realizing that mimicking animal skin could lead to mimicking animal muscle, Ecovative recently created a new entity called Atlast Food Co. to dive into the plant-based protein space to fill in an opportunity to compete with the United States’ whole cut meat market, which totaled over 100 billion pounds in 2017. "Mushrooms that are really good and taste like meat have names like chicken of the woods or the beefsteak fungus but they’re actually not commercially cultivated, which is why you probably haven’t eaten them. So what we’ve been doing is taking these structures from nature, these strains actually… and we re-express it in this industrialized slab," Bayer says.

In 2017, Ecovative was awarded with $9.1 million from the Defense Advanced Research Projects Agency (DARPA) under the United States Department of Defense. According to Bayer, the DARPA project involved building a foundation of research around mycelium and using it to grow structures that can be rapidly deployed in an environment.

"This could be for a humanitarian disaster or to set up a new base. And the idea is to have these structures take advantage of the fact that they’re grown, to stay alive, and do things like heal if the structure gets damaged, or even make medicine if that’s what needed for the people inside the structures…. And eventually, a long, long term goal is to build a house anywhere, but we’re still a long ways from that," Bayer says.

Although consumers are familiar with mushrooms, the fruiting bodies of mycelium, the study of fungi — mycology — is relatively small compared to other fields, Brian Chau, co-founder of MycoKind, informs Food Tank. Chau identifies a gap in fungi and our domestic food system, where "supermarkets only carry white, cremini and portobello which are all the same type of mushroom but grown in different environments through lighting and aging… With increased diversity in our diet and alternatives to conventional agricultural products, we can start to challenge what options are given to us to eat."

Ecovative uses a variety of mushroom species to produce packaging and wearable materials, in addition to edible products. Atlast Food Co. is a spin-off of Ecovative, where the focus is on the application of food and whole cuts of plant-based meat. The primary chunk of Ecovative, however, focuses on future mycelium technology, such as MycoFlex — a pure mycelium material that is used for textiles, biodegradable skincare applicators and animal-free leather apparel.

There are a lot of other folks getting into mycelium and I think it’s really wonderful to see because the world is not solved by silver bullets.

Other applications of fungi are also anticipated to reach the mainstream market. Chau foresees fungi as a medium for changing the future of sustainable food systems. For instance, Chau imagines mycoremediation as a practical application of fungi, where mushrooms are used to improve environmental health through rehabilitating damaged ecosystems. "We may be able to look into different types of fungi to increase biodiversity and allow for mushrooms to grow for increased food access if placed strategically in community gardens and public parks," Chau says.

"There are a lot of other folks getting into mycelium and I think it’s really wonderful to see because the world is not solved by silver bullets, it’s solved by lots of people working on convergent solutions because these are big markets and they need lots of different approaches," says Bayer.

Additional fungi-inspired companies are sprouting across the innovative business space to address opportunities available with fungi. MycoKindis encouraging outreach through foraging, pop-up dinners, growing kits, gardening demos, added-value products and presentations. Integrated Land Enhancement is improving the productivity of landscapes by working at the intersection of plants, fungi, microorganisms, nutrients and soil health. Earth Repair is a Canadian-based resource that provides information, workshops and webinars on bioremediation techniques that use fungi, microorganisms and light.

"Fungi and their by-products are all around us from antibiotics to fermented foods, in our gut, on our skin, in the soil and in the air," Chau says. "We can come to appreciate our surroundings and what fungi can do for the world if we start by opening our minds to a humbling species." 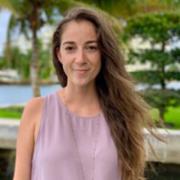 See all by Lana Chehabeddine