The future of energy according to Elon Musk and Akon

The topic of the day: the future of energy, from the evolving market for EVs to what Tesla CEO Elon Musk terms "propaganda wars" over fossil fuel subsidies and a Grammy nominated singer's plan to help distributed renewable power "leapfrog" 20th century brown energy grids in developing countries.

In addition to policy affirmation during last winter's COP21 Paris climate talks that countries are committed to long-term emissions cuts — although not as aggressive as many had hoped — Ehrenpreis also pointed to increasingly favorable economics for clean technologies. Those range from often-cited declines in solar prices to the growing "divestment-investment" push for institutional investors to take their money out of fossil fuel assets and reinvest in renewables. 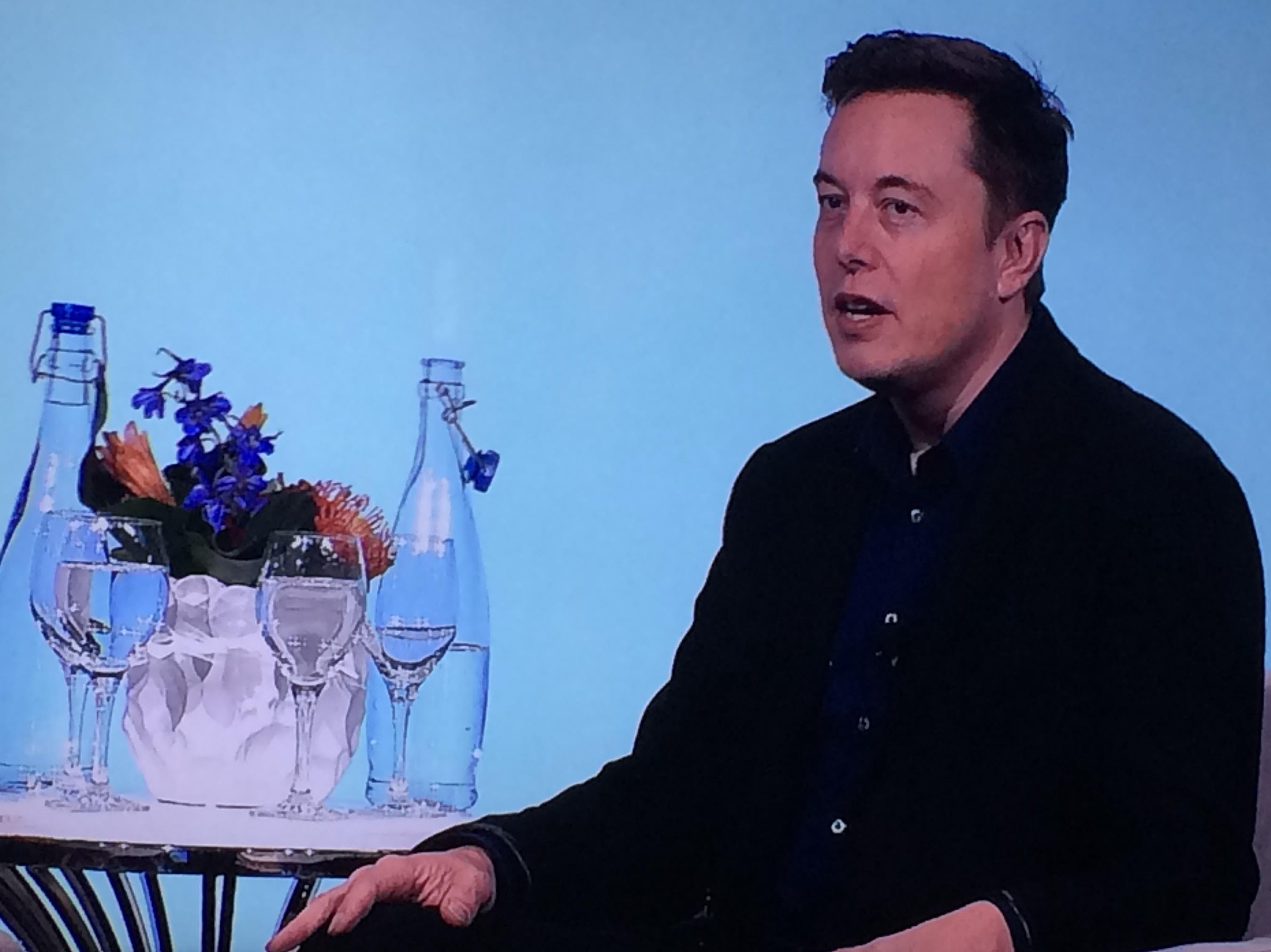 As the man playing host for the occasion, though, Musk was more guarded in his optimism on climate issues. The founder of Tesla and SolarCity said he was "encouraged by the Paris talks," but that policy will do only so much.

"The only thing that can be done here is to try to appeal to the people — to educate people to sort of revolt," he said.

Musk relayed his own experience at the helm of Tesla to illustrate the uphill battle that companies selling low-carbon technologies still face, particularly when it comes to entrenched power dynamics such as the $10-million-a-minute subsidy rate for fossil fuels calculated by the International Monetary Fund.

"Passing a carbon tax is hugely politically difficult," Musk said. "The politicians usually pick the easier path of providing subsidies. They, of course, get attacked ... even though gas cars are getting a bigger subsidy."

He is referencing a particular pointed example of negative media attention after it was revealed that Tesla, SolarCity and Musk's other venture of the moment, commercial rocket company SpaceX, have benefited from an estimated $4.9 billion in government grants, tax breaks and other financial breaks.

"There’s a fundamental misunderstanding," Musk said of the mismatch between clean energy and fossil fuel subsidies. "That’s just one example of the sort of propaganda war."

While political battles over carbon taxes and fossil fuel subsidies aren't likely to be settled anytime soon, Musk also stressed that paradigms are starting to shift. With incumbent industrial powers facing new competition from competitors with smaller carbon footprints, business models in some sectors are being forced to evolve.

"I’ve always though the biggest effect Tesla would have is not the cars that we would make, but the cars we would induce others to make," Musk said, pointing to EVs such as the Nissan Leaf and Chevy Bolt created by legacy automakers after the release of Tesla's first Roadster.

Now, the company is looking ahead to another looming shift in transportation with big potential implications for road congestion and efficiency.

"It’s going to become common for cars to be autonomous a lot faster than people think," Musk said. "I’d guess seven or eight years from now, half of all cars produced will be fully autonomous. Ten years for sure."

He doesn't buy into the death of personal car ownership, though.

As ambitious as Musk sounds, musical artist Akon just might be shooting for an equally daunting goal: bringing renewable power to the roughly 600 million Africans who lack electricity of any kind.

Akon, who grew up in Senegal, in 2014 launched Akon Lighting Africa with fellow Senagalese social entrepreneur Thione Niang and Mali-born Samba Bathily. The group plans to role out village-by-village solar energy, from street lights to micro-generators to household electric systems, starting with an investment of around $75,000 per location.

"Embrace the leapfrog," Akon said, advising attendees not to "bet against" distributed renewables that could help an entire generation go from no electricity to renewable electricity without stopping at fossil fuels in between.

Aside from Akon Lighting Africa, another public-private innovation effort with roots in the U.S. was also front and center Wednesday.

The organization may be rooted in Washington, but ARPA-E Director Ellen Williams said she is first and foremost interested in funding technologies that are ready for market without wading into major policy issues such as carbon pricing regimes.

“We think that’s really important to have them be policy-neutral, to go out there and be competitive," Williams said.

Among the areas ARPA-E is focused on at the moment is next generation fuels. Balancing the potential to turn renewable agricultural products into food vs. biofuels is one challenge. The problematic risks that can accompany natural gas fuels, such as hard-to-detect leaks, is another the organization has invested in.

“Imagine a drone with a little infrared camera flying over and sensing whether there’s a natural gas leak," Williams said. "As you move along evolution of tech, the new things that are coming open up new opportunities."