The future of integrated sustainability reporting

Robert Eccles, Professor of Management Practice at Harvard Business School, has been a driving force on the topic of reforming corporate sustainability reporting over many years.

Ethical Corporation CEO Toby Webb asked him, in an email Q&A, about what’s happening today, and what the future may hold for integrated sustainability reporting.

Q: Where does your interest in integrated reporting come from?

Bob Eccles: I have been studying and trying to change corporate reporting for over 20 years. It started with a 1995 paper I published in the Sloan Management Review with Sarah Mavrinac called “Improving the Corporate Disclosure Process.”

In this paper, based on a survey of companies, sell-side analysts and investors, we showed that the market was interested in nonfinancial information but that companies, by their own admission, weren’t reporting much of it.

I then published two books written with various partners at PwC that provided further evidence of the need to supplement financial reporting with information on nonfinancial factors that were leading indicators of financial results, such as product development, customer satisfaction and the development of intangible assets.

In these books, I also suggested an “action strategy” for how corporate reporting could be improved. The first book (2001) was called The ValueReporting Revolution: Moving Beyond the Earnings Game and the second (2002) was Building Public Trust: The Future of Corporate Reporting.

While these books were well-received in concept, very little changed. Both of these books were focused on shareholders and treated environmental, social and governance (ESG) sustainability issues as a somewhat separate, but legitimate, exercise.

I had changed as well and, with Mike Krzus, I wrote the book One Report: Integrated Reporting for a Sustainable Strategy, which was published in 2010. We had the germ of the idea of “integrated reporting,” although we weren’t originally calling it that. But in doing our research, we learned about companies doing integrated reporting—like Natura, Novo Nordisk, Philips and United Technologies—and it all came together.

The idea of integrated reporting had popped up simultaneously in practice and academic theory independently of each other, showing that it was an idea whose time had come.

Q: What are the latest developments? Where are we today, in 2012?

Eccles: The year 2012 has been an exciting one for integrated reporting. It is the first year all listed companies on the Johannesburg Stock Exchange have filed their integrated reports on an “apply or explain why not” basis, and most have.

Ernst & Young in South Africa recognized the top 10 companies through their “Excellence in Integrated Reporting Awards 2012.” My colleague, Professor George Serafeim, and I attended the awards ceremony in Johannesburg a few weeks ago and gave a talk on integrated reporting. The 10 award winners are doing some very interesting things and are worthwhile checking out by any company interested in integrated reporting.

Just a few weeks later, the International Integrated Reporting Council published a “Pilot Programme 2012 Yearbook” commemorating its first anniversary and reporting on the results of its pilot program involving over 80 companies.

The companies in the pilot program are working with the Draft Framework “Towards Integrated Reporting: Communicating Value in the 21st Century” that was published in September 2011. Most recently, on Oct. 4, the Sustainability Accounting Standards Board (SASB) was launched issuing a press release, a video explaining its mission and a video of comments by its board members. SASB was founded by Jean Rogers, Executive Director, and John Katovich and Steve Lydenberg, both of whom are on the board.

I am privileged to be the first Chairman of SASB. SASB is focused on giving investors the information they need on a company’s ESG performance in order to make their decisions. We are taking a sector-specific approach because which ESG issues are truly material to investors varies by sector. We have published a Materiality Map. We will do this through Technical Working Groups (TWGs) that will involve companies, investors, analysts, accounting firms, NGOs and others who are interested in an open and transparent process.

These TWGs will be open to global participation. From an implementation point of view, our focus is on companies who file in the U.S. under SEC reporting requirements. Each country will have to decide for itself if and how it wants to use the SASB standards.

Q: Will integrated reporting simply just be ignored, like most sustainability reports?

Eccles: I think this question needs to be parsed a bit by distinguishing between investors and other stakeholders. It is true that the vast majority of investors aren’t interested in sustainability reports. This is not surprising since they are not the target audience for them. Sustainability reports are meant for a broad range of stakeholders, most of whom have a very particular environmental, social or governance interest.

In contrast, integrated reports are intended for investors, as well as for those stakeholders who want a more holistic view of the company’s performance. The IIRC and SASB are very investor-focused and working to ensure that their work will satisfy the information needs of this audience.

Thus, I don’t think integrated reports, perhaps using SASB standards for reporting on ESG performance, will be ignored. What makes it useful? Even so-called mainstream investors are increasingly recognizing that a company’s ESG performance increasingly affects its ability to create value for shareholders over the long term, and can even put its license to operate at risk. That is one of the reasons so many asset owners and asset managers are becoming members of the Principles for Responsible Investment.

That said, I think it’s fair to say that investors are behind companies when it comes to integrating sustainability into their capital allocation decisions. One big reason for this is the lack of relevant information -- something SASB will help fix. Other reasons are how asset owners select, evaluate and reward their asset managers. But that too can change with better information on ESG performance.

Q: What are your predictions for events in 2013 around reporting? What’s coming up in the agenda?

Eccles: Next year should be a very exciting one for integrated reporting. We’ll see another year of reporting by South Africa companies who will build on their previous years’ experience to produce even better integrated reports.

The IIRC will be publishing its Draft Framework in April of 2013 with the final “version 1.0” expected for a Dec. 2013 publication. While the IIRC is producing an overall architecture for integrated reporting, SASB will be busy developing the standards that can be used for reporting on the nonfinancial portion of the integrated report.

We are going to publish the results for Health Care in the fourth quarter of 2012, followed in 2013 by Financials (Q1), Technology & Communications (Q2), Non-Renewable Resources (Q3) and Transportation (Q4). There are potentially a few other exciting things that will happen next year, but I can’t really talk about them at this point. When I can, I’ll let you know and perhaps we can do a follow-up blog on this.

Q: Looking forward beyond 2013, where will we be in 2015 on reporting? Will further disclosures beyond carbon be mandatory in some nations?

Eccles: Whenever I’m asked questions like this I think about a comment made by the famous American philosopher Yogi Berra who observed that “Making predictions is very difficult, especially about the future.” Mandating disclosures is something that needs to be done by the state. I don’t expect this to happen in the U.S. anytime soon.

I keep hearing that the EU has passed legislation requiring ESG disclosures, but it is yet to be implemented. Perhaps it will be. But I think it will be at a high level. I don’t expect to see much in the way of mandating specific disclosures in any country. I also don’t think that this should happen.

Mandating specific disclosures is contrary to the spirit of integrated reporting and ignores the fact that what should be disclosed is a function of a company’s sector and strategy. But following the Yogi’s good advice, let me not answer the question of where we will be in 2015 and tell you where I’d like us to be and could be. Maybe another country or two will have mandated integrated reporting.

Many more companies will be issuing integrated reports on a voluntary basis. A global consensus will be emerging around the IIRC’s Draft Framework and SASB’s sector-specific standards. Investors will be paying more than lip service to ESG integration and will be doing it for real since they will have better data. And something else we haven’t talked about -- again worth another blog -- is that companies will be increasingly sophisticated in how they are leveraging the Internet to make integrated reporting an active and engaging exercise with shareholders and other stakeholders where they listen as well as talk.

Oh, and by then [Krzus] and I plan to have published a sequel to our book and hope to be able to report even more progress for integrated reporting over the next two years.

This interview was originally published on Ethical Corporation's website and on Webb's blogspot; it is reprinted here with permission. 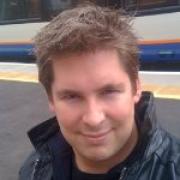 See all by Toby Webb