Gender equality at a snail’s pace

Over the past year, I have joined conversations with business leaders across the globe about what it will take to close the economic gender gap.

From our Trailblazing Women’s Reception during the United Nations General Assembly meetings in New York, to a panel discussion at the Female Quotient House in Davos, Switzerland, to Making Global Goals Local Business Iberia, the message is clear and consistent: We need to stop making excuses and settling for incremental change.

Progress at a snail’s pace

The reality is that the pace of change is alarmingly slow. In fact, according to the World Economic Forum’s 2020 Global Gender Gap report, it will take 257 years to close the economic gender gap. That is 10 generations of women.

Not only is it a grave injustice and violation of basic human rights principles, it also is a missed opportunity; gender equality is a key accelerator for achieving the U.N. Sustainable Development Goals (SDGs).

Of growing concern is that we are not only stalling, we also are moving backward. For example, when it comes to women’s labor force participation. In India, for example, it dropped from 30.4 percent in 1990 to 23.4 percent in 2019. And while the percentage of women in business leadership roles has increased, it’s happening at a snail’s pace.

Only 27 percent of managers and leaders are women (ranging from 11 percent in the Arab States to 39 percent in the Americas), a figure that has changed very little over the past 30 years. Women may lead more Fortune 500 companies than before, but we’ve only managed to move the needle to 6.6 percent. Globally, men occupy about 80 percent of board seats and over 13 percent of companies have an all-male board.

To me, securing at least 30 percent women in top management and supervisory boards is a basic requirement for any company that wants to call itself responsible.

That’s why it is good to see that both men and women are finally speaking up against pervasive barriers to progress, escalating the gender equality agenda in business, policy, the arts, educational institutions, etc.

The #MeToo and Time’s Up movements have called out sexual harassment and the gender pay gap. The HeforShe campaign and work by organizations such as the Male Champions of Change successfully have engaged men to champion gender equality. And the U.N. Global Compact’s partnership with U.N. Women continues to promote the Women’s Empowerment Principles (WEPs), a holistic, practical framework for business action to advance gender equality. The WEPs were launched 10 years ago with the endorsement of 39 CEOs, and we now have the commitment of over 2,700 business leaders.

Now it’s time to do more than talk about it

Business leaders today know that women’s representation and leadership is simply smart business. There is heaps of research supporting this claim.

Morgan Stanley recently reported that annual returns for businesses that employ the highest proportion of women were 2.8 percentage points above those for the least diverse firms. This outperformance was a global phenomenon, despite big differences in gender equality between regions such as Europe, with nearly a third of board seats taken by women in May, and Japan, with just 5 percent. And according to research by the International Labor Organization (PDF), boardrooms with 30 to 39 percent women are 18.5 percent more likely to have improved business outcomes. 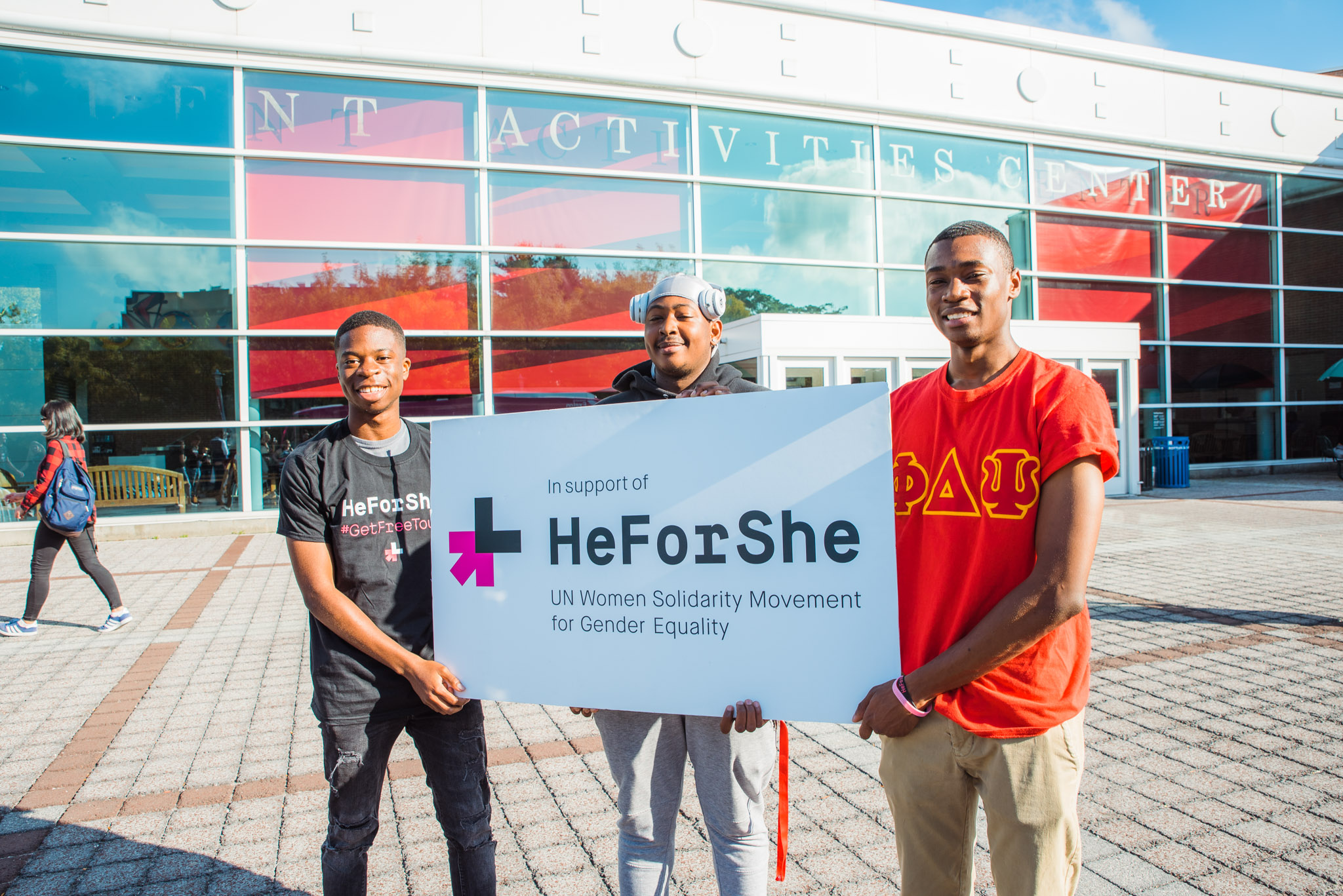 That is why the U.N. Global Compact is rolling out its new Target Gender Equality program, with the clear ask that businesses set concrete targets and take the necessary action to increase women’s representation and leadership in business.

To me, securing at least 30 percent women in top management and supervisory boards is a basic requirement for any company that wants to call itself responsible. Global research suggests that 30 percent women in leadership represents a critical mass and important tipping point where the benefits of gender diversity lead to better outcomes for shareholders and stakeholders. And for companies already on their way to achieving gender balance, my ask is: Aim higher. We need leaders to help pave the way to gender equality by the 2030 deadline.

The Target Gender Equality program is central to our new SDG Ambition platform, which we launched in Davos this year to kickstart the Decade of Delivery. SDG Ambition challenges and supports companies in becoming more strategic and transformational in how they run their business to deliver on the 2030 Agenda.

A new SDG Implementation Framework guides companies in how to raise ambition and deepen integration of the Ten U.N. Global Compact Principles and the SDGs. The framework is organized in three primary areas: Anchoring ambition in strategy and governance; deepening integration across operations; and enhancing stakeholder engagement.

For companies already on their way to achieving gender balance, my ask is: Aim higher. We need leaders to help pave the way to gender equality by the 2030 deadline.

Target Gender Equality ensures that women’s perspectives and voices are adequately represented in corporate decision-making, thereby transforming corporate governance and leadership to better deliver on the Global Goals. And by setting ambitious and time-bound targets for women's participation as part of balanced scorecards and corporate strategies we can move the needle for change.

Together with our local networks around the world, the U.N. Global Compact will work with over 1,000 companies over the next three years to tip the scale for gender equality in senior management.

Target Gender Equality will help companies develop a plan of action to enable progress, unpacking the policies, innovative practices and cultural shifts needed within organizations to achieve gender balance. The program also will bring companies together with government, civil society and other actors to scale ambition and commitment to address key barriers to women’s economic inclusion such as unpaid care responsibilities, which disproportionately fall to women. Target Gender Equality already has launched in 20 countries.

Women are at the heart of delivering on the 2030 Agenda

Accelerating the pace of advancing gender equality in all spheres of society — in the home and community, in the economy and workplace, in health and educational attainment, in political participation and leadership — leads to faster progress towards achieving the 2030 Agenda for Sustainable Development. That’s why we cannot sit around waiting 257 years for women’s economic inclusion.

We know what to do, and we have all the tools: What is our excuse for not having 30 percent top leadership female representation?

Leading in a fundamentally changing world

In a time of global uncertainty, now is the time to invest in a 1.5C future

See all by Lise Kingo