The cause of regenerative agriculture is being trumpeted by many of the world’s largest food companies. Two of the most vocal champions of this movement, General Mills and Danone North America — both of which have set specific targets — in recent weeks extended their support to farmers in their supply chains that are picking up these practices.

Such initiatives, which include a new pilot growing program from General Mills in Kansas and two financing programs from Danone, will be necessary to help farmers weather the lengthy, three-year time period it takes to transition their operations to new cover crops and tilling practices that promote healthier soil.

"That’s how long it takes to start seeing improvements as you go down this regenerative path," said Steve Rosenzweig, soil scientist for General Mills. "That’s the time it takes to have that realization. This is where they need the support."

General Mills has committed to advancing regenerative practices on at least 1 million acres of land by 2030, one component of its corporate commitment to reducing absolute greenhouse gas (GHG) emissions by 28 percent across its value chain by 2025. General Mills doesn't disclose what percentage of the total land it influences represents, but 1 million acres is roughly the size of the Grand Canyon. It's a small fraction of the approximately 915 million acres (PDF) used for farming across the United States.

One of the first steps toward that goal came in the form of a pilot program on 50,000 acres with 45 oat farmers in North Dakota and the Canadian provinces of Manitoba and Saskatchewan. General Mills, the company behind the Cheerios and Nature Valley brand, is one of the largest purchasers of oats in the food industry.

In January, General Mills added a second effort that focuses on a vitally important ingredient for its Gold Medal flour and Pillsbury product lines, wheat. It includes 24 wheat farmers with operations in and around a 650,000-acre watershed in Kansas that serves more than 400,000 residents in Wichita.

This project was more opportunistic than the original one: it’s part of an initiative by the Kansas Department of Health and Environment to improve water quality, and the connection was made by Understanding Ag, a consulting organization that advises farmers on regenerative management plans. The farmers for this pilot were selected in collaboration with some of General Mills’ key suppliers, including Archer Daniels Midland. 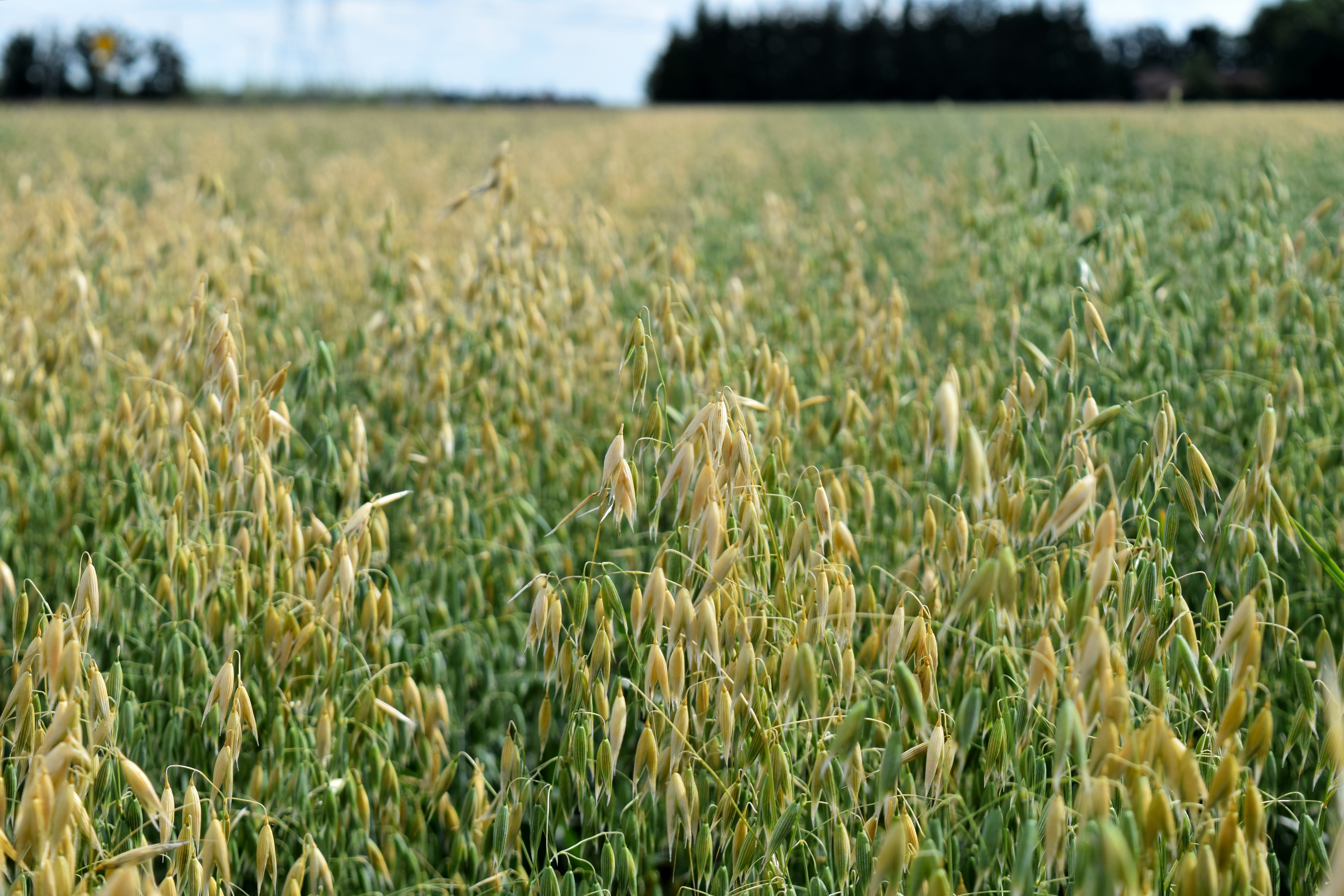 The participants represent a range of experience, ages and farm sizes, but they share a commitment to education, Rosenzweig said. "The reality is that farmers are really diverse," he said. "No two farmers think the same way or manage the same way."

General Mills is using a number of key performance indicators to monitor and gauge the impact of both these pilots, including soil health, measured by tracking carbon, microbial life, soil structures and other things; biodiversity, through efforts such as bird counts and insect samplings on farms and within the surrounding ecosystems; and the economic viability of the farm itself, as expressed by profitability. In Kansas, it’s also closing monitoring water quality and consumption.

What are some of the key takeaways so far from the earlier project? For one thing, many farmers are used to following certain "recipes" for tilling and planning the land and aren’t necessarily used to having the agency to make decisions on their own. That was somewhat surprising, as were the baseline measurements for biodiversity in the regions where the oat farmers have been working over the past year, especially bird counts, Rosenzweig said.

The incentives for the participating farmers include free one-on-one coaching from Understanding Ag, a social network where the farmers can ask questions and share best practices, and an account for farm management software from Agrible.

In Kansas, the farmers also can opt into a system being developed by Ecosystem Services Market Consortium, a cooperative that hopes to provide a means by which farmers and ranchers can be rewarded for their "environmental services." Rosenzweig said: "The goal is to set up a marketplace so companies can pay farmers for sequestering carbon, reducing water use." 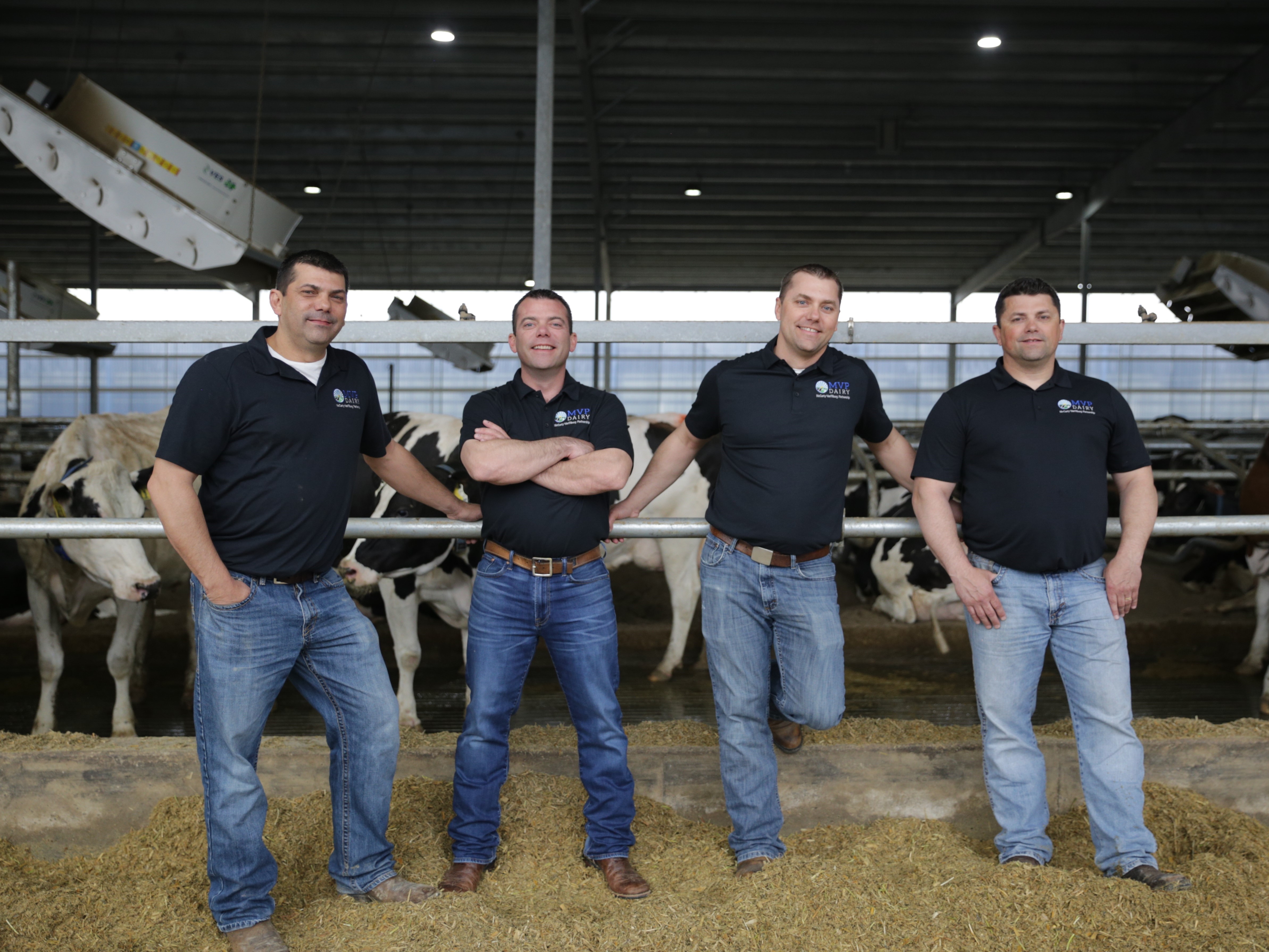 Dairy company Danone, which previously pledged to invest $6 million in soil health research and was the catalyst for a biodiversity consortium announced last fall, is stepping up its support of regenerative agriculture with two new sources of funding that it helped arrange with public and private sector partners.

The programs are available to the farmers that participate in its cost-plus model, through which Danone sets long-term contracts with more predictable pricing. About 40 percent of the milk it purchases in North America for its brands — including Dannon yogurt and Horizon Organic milk — is procured through these arrangements. They also often have a lower financial risk profile than their counterparts.

"The farmers that are part of this have a unique mindset," said Tina Owens, senior director of agriculture for Danone North America. "They are able to have collaborative conversations."

Danone is already conducting soil research with 23 dairies across 50,000 acres in 10 states — tracking at least 28 varieties of cover and cash crops. It hopes to double that acreage over the next two years.

The two new programs announced in late January are meant to help farmers invest in the new equipment and seeds that might be required to switch to new management practices. The more straightforward of the two is aimed at helping open up $3 million in federal funding from the U.S. Department of Agriculture’s Natural Resources Conservation Service, which has been offering technical assistance and financing since 1935. To pull this off, Danone is partnering with the National Fish and Wildlife Foundation (NFWF), chartered by Congress in 1984, to help farmers apply for USDA grants. Danone is making a matching investment of 30 percent, according to the grant terms.

Some of the nation’s most important conservation efforts focus on voluntary efforts to improve soil health, habitats and agricultural practices on private lands.

"Some of the nation’s most important conservation efforts focus on voluntary efforts to improve soil health, habitats and agricultural practices on private lands," said Jeff Trandahl, executive director and CEO of NFWF, in a statement.

The focus will be first on helping develop grants for farmers in Kansas and Ohio, where Danone has determined that they might have the most positive impact, Owens said.

The second source of financing for dairy farmers investing in better soil health practices will come through a new fund established by rePlant Capital, an impact investing firm focused on climate change solutions. Through a partnership with Danone, rePlant has agreed to dedicate 40 percent of its $50 million impact investing fund to loans that support its farmers — that’s $20 million. If the fund grows, that amount will also grow, Owens said.

The first loan under the program went to McCarty Family Farms in Kansas, which has been a Danone partner for almost a decade. It owns MVP daily, which recently won the 2020 Innovative Dairy Farmer of the Year award from the International Daily Foods Association.

The money will go toward installing moisture probes that will help the farm reduce the amount of water used to irrigate the forage crops eaten by its cows. The farm is fed by the Ogallala aquifer, one of the largest watersheds in the world, which has become seriously depleted.

This article was updated Feb. 21, 2020, to clarify the metrics that General Mills is studying and how they will be used.