You've got oil in your bedroom closet. Well, not exactly oil, but products that made from petrochemicals like Spandex. Spandex can be found in swimsuits, socks, intimate apparel, sportswear, ski pants and biking gear, among other things.

Christophe Shilling, an entrepreneur with a PhD in bioengineering, aims to change that -- with the help of renewable crops and genetically modified bugs. He's the founder and CEO of a company called Genomatica, a pioneer in "green chemistry" that aims to replace petrochemicals with lower-cost, more environmentally-friendly chemicals made from renewable resources.

"We are catalyzing a transformation of the chemical industry -- changing the raw materials that are being used to make the same exact molecules, the same exact plastics, the same end products," Christophe says. "But instead of using hydrocarbons , we're using carbohydrates." 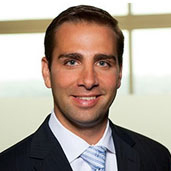 I met Christophe last week in Washington. A native of Grosse Point Park, Michigan, he's just 37 -- he started Genomatica in 2000, right after earning his PhD., with the assistance of a $100,000 grant from the National Science Foundation, aimed at helping small businesses get started.

Based in San Diego, the company is no longer so small. It has about 65 employees and has raised about $85 million in venture capital, including a $45 million round announced early this month. Investors include VantagePoint Venture Partners, Draper Fisher Jurvetson, Mohr Davidow, TPG and, interestingly, Waste Management.

Genomatica has focused on the chemical industry since 2007. Production of chemicals uses about 8 percent of the oil and gas worldwide, both as raw materials and for energy in the manufacturing process, the company says. By contrast, Genomatica's technology uses tiny genetically engineered microorganisms, a.k.a. designer bugs, to turn feedstocks like corn or sugar into basic and intermediate chemicals. The chemicals are then made into advanced chemicals, medications, auto parts, packaging, plastics for bottles, bags and computer screens -- the stuff that's all around us, in other words.

Since the oil that goes into chemicals isn't burned, what's the environmental advantage to replacing it with plants, I wondered? Christophe told me that Genomatica's technology uses less energy and emits less CO2 than petrochemical plants.

More important from a business standpoint, he said, Genomatic's scientists think they can make chemicals at a lower cost that's no longer tied to the price of oil. "What we're delivering to the chemical industry is feedstock flexibility," he said.

Genomatica's first product will be a bio-based BDO (1,4-butanediol), a colorless liquid that sells for about $1 to $1.25 per pound. That doesn't sound like much but the global market for BDO is roughly $3 billion to $4 billion. Genomatica thinks it can eventually capture a significant share. "We won't know until the first commercial plant is pumping out millions of tons, but we're convinced that we can make BDO a lower cost," Christophe says. About half of BDO goes into Spandex, and the rest into a variety of other advanced chemicals, foams and plastics.

This year, Genomatica plans to build a small pilot plant in Decatur, Illinois, in a partnership with Tate & Lyle, a big food-ingredient company, which owns a corn mill there and has a surplus of corn to sell as feedstock. If all goes according to plan, a commercial plant could be built in 2013. Eventually, the company intends to adapt its technology to use crops that are not grown as food or those grown on marginal land.

Beyond BDO, Genomatica is working with Waste Management to see if it can create proprietary, specially designed organisms to make chemicals out of the syngas that is made from garbage. Waste Management wants to extract as much value as possible from its trash.

This obviously isn't a glamorous business. Nor is it axiomatic that "renewable" is superior to "petroleum-based." But if Genomatic can make bio-based BDO at a lower cost than petro-based BDO, and emit less carbon while doing so -- an estimated 70%, says Christophe -- that will be a win for the company, its customers and the planet.