Dennis Hopper once told a story about indulging in some combination of drugs and alcohol while on a movie set. (Surprise!)

Wandering around in a paranoid stupor, he picked up a big rock, getting it into his head that the rock somehow was magic and would protect him from the Drug Enforcement Administration.

Regardless whether this story is true, it serves as a great metaphor for today’s climate change movement.

What’s remarkable about the decades-old global effort to address the greatest threat to face civilization is that many proposed fixes haven’t been fixes at all. They’ve been inadequate gestures or unproven solutions, like, well, holding a magic rock.

Voluntary corporate greening, in the form of carbon footprint reduction, is still the most widespread way businesses respond to climate change, and a major focus of many climate nonprofits.

Strictly voluntary footprint reductions are hardly a climate solution. Yet even Apple, a visionary company with ex-EPA head and climate hawk Lisa Jackson on staff, talks as if it is.

A similar non-solution has been the rush to purchase voluntary renewable energy certificates. RECs are a claim to purchase “clean energy” in the form of questionable and sketchy financial instruments. Reputable professionals agree they do nothing to reduce carbon emissions. Yet many otherwise intelligent managers happily carry the REC rock.

The MacArthur Foundation recently announced an expansive commitment to climate change by funding some of the biggest national NGOs, such as NRDC, EDF and the Sierra Club. These organizations are doing great work: NRDC invented the strategy that led to the EPA Clean Power Plan, starting all the way back at Mass. v. EPA; EDF has led efforts to deal with methane leakage; and the Sierra Club has led an effective campaign to close coal plants.

But these organizations have existing bases of support and already are well-funded. Super-funding them won’t change much — and isn’t the kind of crisis action we need. (In MacArthur’s defense, it also will fund some smaller, lesser-known organizations. Bravo!)

In a recent conversation, a consultant for a major funder described a proposed strategy to introduce corporations to energy efficiency and renewables. The idea was to get them on board with these more neutral topics, then move them down the slippery slope towards policy advocacy on climate as they realize both the need for action and the difficulty of getting anything done.

But that strategy has been ongoing since at least the 1980s; it hasn’t borne much fruit.

Are we really going to, as a staffer from one major NGO told one of the authors, pursue initiatives we know won’t work because “we have to do something”?

The latest manifestation of creative non-solutions comes in the form of “science-based targets” for corporations.

If you’re interested in a deep dive into this subject, visit The Journal of Industrial Ecology, where the authors published “Science-Based Carbon Targets for the Corporate World: The Ultimate Sustainability Commitment, or a Costly Distraction?”

As we wrote in that article: “Science-based targets are intended to quantify a company’s ‘fair share’ of the total greenhouse gas emissions reductions required to meet a given future goal, whether limiting climate change to 2 [degrees Celsius], or returning carbon dioxide concentrations to 350 parts per million.”

The thesis is that corporations should not set arbitrary targets. Rather, they should cut their emissions sufficiently so that if everyone else did the same, we’d stop climate change.

But there’s a big problem: Only a minuscule number of companies will set such targets. Really, what’s the point beyond making a gesture?

What we really need are policy solutions. And we need corporations to advocate for those solutions, not be fooled into thinking that they will be a material part of stopping climate change through voluntary, individual actions.

In that sense, science-based targets may hurt the global climate effort because they take motivated corporations out of the picture, giving them a false path forward instead of a functional one.

But what should we do about all of this?

We believe that we shouldn’t pursue actions we know won’t make a difference, such as science-based carbon targets or RECs. That alone would be forward progress, because it would redirect money and energy towards approaches that have a prayer of success.

If your house is on fire and peeing on it doesn’t help, you must try something else, because anything has better odds than what you’re currently doing.

Lukas Haynes, who directs the David Rockefeller Fund, has pointed out that we know much more about what does not work to solve the climate problem than what might have some success.

Perhaps in addition to stopping pointless activities, and rather than adding to measures already going full speed, we ought to support new strategies. Who knows what the tipping point might be?

Haynes notes that after all, we have seen quick, surprising shifts on other big social issues lately, such as marriage equality, growing bipartisan consensus for mass decarceration and marijuana legalization.

An interesting new Montana-based group, Conservation Hawks, is organizing red state hunters and fishers around climate. In Boston, and going national, is a group of moms called Mothers Out Front.

Who knows? Maybe a broader movement that includes moms and rednecks will take off and go viral. These groups are currently too small to receive huge grants, but could do tremendous new work with large-ish grants.

Rocky Mountain Institute is getting China’s central government to integrate efficiency and renewables comprehensively into its next five-year plan. Could similar work happen in India?

Follow the lead of cancer researchers, who test thousands of chemicals and substances to see if any might work. You couldn’t accuse the climate movement of overreach in the diversity of attempted solutions.

Trying different things, unsure as to whether they’ll work, is a time-honored solution to wicked, complex problems.

• Study the politics of the fix

Journalist David Roberts has argued we need to fund research into why we don't act on climate, given that we have so much evidence that action makes sense across the board.

Roberts argues for “a report that answers ‘why would you not?’ — (that) canvases potential winners and losers and charts their sociopolitical capacity to accelerate or delay the transition.”

• Goose the effort to bring corporate voices into the climate conversation

While corporations are increasingly involved, shockingly few advocate at the CEO level or on the national stage.

• Back the social movement

Some climate strategies have promise, because they’re based in history and on past strategies that work.

One example is the social movement around climate, led by groups such as 350.org, Citizens Climate Lobby, Protect Our Winters (Auden serves on their board) and Avaaz.org.

The above is just a start, but it certainly would be better than the status quo. Large parts of the climate movement currently seem satisfied with solutions that feel good. But largely, they aren’t real solutions, don’t achieve scale and distract us from meaningful action.

That delusion may be a bigger problem than climate change itself. 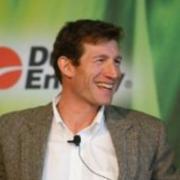 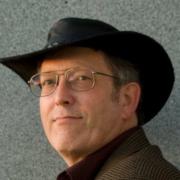 Applying the Principles of Industrial Ecology to the Guest-Service Sector