Carbon credits are in their heyday. Prominent business advisers and environmental advocates, including McKinsey & Company and the Environmental Defense Fund, contend that carbon credits could be an important tool for mitigating climate change. Carbon credits, however, are often not providing the environmental benefit they advertise, threatening the integrity of emissions reduction strategies more broadly.

Many of the largest companies in the world — including Amazon, BP, American Airlines and Total — have pledged to reach net-zero carbon emissions by mid-century. The linchpin for these commitments is commonly carbon credits. They allow companies or individuals to pay external actors to either reduce or remove greenhouse gas emissions, typically through changes in land management.

By the end of 2019, the voluntary carbon market exceeded $5.5 billion in transactions and 1.3 billion metric tons of carbon dioxide equivalent in volume cumulatively. Companies plan to spend hundreds of millions of dollars on carbon credits, and this demand will significantly grow the market.

Companies in the U.S. usually procure carbon credits voluntarily ­— for public relations or policy-hedging purposes — through privately operated registries. Voluntary markets are legitimized by private verifiers, such as Verra, Gold Standard or American Carbon Registry. While these verifiers provide an important service to the carbon credit market, there is no governmental regulation of the market.

As a result, the rules governing the voluntary carbon market remain inconsistent, and their enforcement is often lax. Multiple reports have highlighted the shortcomings of carbon credits, especially their focus on projects that either exaggerated the threat of imminent emissions or that would have occurred without carbon payments. These articles demonstrate that the quantification of carbon credits lacks robustness and transparency.

Increasing demand from new corporate commitments for often overvalued or even worthless carbon credits mirrors the purchase of speculative securities in the first part of the 20th century.

The technical equations included in the lengthy and formulaic protocols offered by verifiers may give the impression that credits are a precise science. However, the bulk of these calculations actually depend on counterfactual assertions.

For example, credit developers must speculate what would have happened to the land without the project (baseline) and the degree to which the carbon payments incentivized the project (additionality).

To ensure the integrity of carbon credits, advocates can look to an example from the Great Crash of 1929 and the formation of the Securities Exchange Commission (SEC). Tempted by promises of "rags to riches" transformations and easy credit, many investors gave little thought to the unsustainable boom in share prices and the dangers inherent in uncontrolled market operation.

To restore market legitimacy and confidence after investors lost fortunes, laws were enacted to prevent the fraudulent sale of stock. The Securities Exchange Act of 1934 established the SEC, bringing governance and transparency to weak and previously underregulated securities markets.

The voluntary carbon credit market faces a similar predicament and requires a similar solution. Increasing demand from new corporate commitments for often overvalued or even worthless carbon credits mirrors the purchase of speculative securities in the first part of the 20th century.

We propose the creation of a Carbon Exchange Commission (CEC) to oversee and regulate carbon markets. The primary role of the CEC would be protecting corporations and consumers by vetting, verifying and validating credits sold or purchased within the U.S. The CEC would protect consumers by ensuring that carbon credits purchased on voluntary markets deliver their complete and marketed climate benefit.

Ensuring that corporate commitments translate into meaningful and legitimate action would be one of the most impactful steps the Biden administration could take on climate. The CEC can instill trust in carbon credit markets to build buyer confidence, just as SEC oversight of securities markets encourages individuals to put money into 401(k)s. The CEC would ensure that credits procured on American markets are rigorously accounted for and fully transparent.

The Biden administration has prioritized frameworks to ensure forests and agricultural lands help to mitigate the climate crisis. Despite a number of quality guides to purchasing credits and private task forces, the American consumer cannot act as an independent carbon accountant every time they want to support a "net-zero" company.

The SEC facilitates disclosure of information about securities and enforces behavior compliant with securities rules. An analog for carbon management could prohibit the exchange of unsupported carbon credits and drive developers to invest in projects that deliver real climate benefits.

Additional checks and balances could be added to the CEC through credit rating agencies similar to those working in securities markets (Moody’s, Fitch and S&P). It would be useful to have a tiered or graduated rating system that distinguishes between credits with high-certainty atmospheric impacts and those that offer less certainty, an Oxford researcher argues.

Carbon credits will continue to be a key component of corporate efforts to claim and deliver on net-zero commitments. However, buyers need and deserve oversight.

Sufficient resources need to be allocated to the CEC to ensure that it can operate effectively. Recently, dozens of corporations urged the U.S. Department of Agriculture to set standards for agriculture and forestry projects, but an underfunded and overburdened department dealing with one sector alone will not be sufficient.

For the sake of the climate and public trust, it is more important than ever that an independent federal agency oversees the exchange of carbon credits. 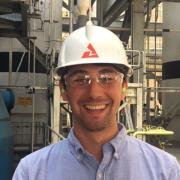 The case for investing in direct air capture just got clearer

See all by Rory Jacobson