A global ban on fishing on the high seas? The time is now

In recent decades, few scientists have sounded the alarm about the runaway fishing of the world’s oceans as loudly as marine biologist Daniel Pauly. Now Pauly, a professor at the University of British Columbia and principal investigator at the fisheries research group, the Sea Around Us, has become one of the most high-profile proponents of a sweeping new idea: a global ban on high-seas fishing. 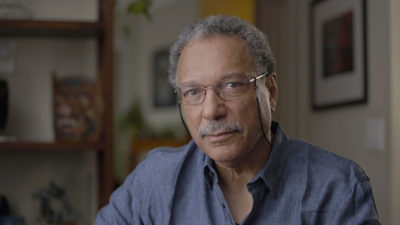 In an interview with Yale Environment 360, Pauly explains why ending fishing on the high seas — defined as all waters outside of the 200-mile territorial limits of the world’s coastal nations — is not as radical as it sounds. As a result of the plundering of the world’s open oceans, Pauly said, less than 10 percent of the global fisheries catch comes from those regions. He argued that an end to high-seas fishing would in effect create a vast marine protected area in nearly two-thirds of the world’s oceans, allowing fish stocks to rebuild and giving many less-developed coastal nations a fair share of fisheries resources.

"Instead of being caught by a dozen countries on the high seas, the harvest could be more equitably shared," said Pauly. "If the catch were not being made by these foreign fleets, it would be made by coastal countries [in Africa or Southeast Asia]… All these species [such as cod and tuna] would benefit from being left alone in the high seas… If high-seas fishing were banned, fishermen would actually catch more."

Yale Environment 360: You’ve called the global industrial fishing industry a Ponzi scheme. What do you mean by that?

Daniel Pauly: A Ponzi scheme is where you pay your old investors money from new investors, not from any actual profit. If you look at the development of fisheries over the last 50 or 60 years, this is what is happening. We fish out one place, European or North American waters, for example, then we go to Southeast Asia or Africa, now even Antarctica. When eventually you can’t get new investors — or in this case new fishing stocks that you can exploit — the whole scheme collapses. That is exactly what is happening. Fisheries are collapsing because we no longer have new areas that could compensate for the areas that are already fished out.

e360: I have read that fishing fleets are traveling more miles for ever-smaller catches. Is that true?

Pauly: That’s right. Catch increased until the mid-1990s. In the mid-90s, the geographical expansion of fisheries to all corners of the ocean continued, but it was no longer capable of compensating for the destruction of stocks, so the catch began to decline. Basically, since the 1990s catches have been declining by 1 to 2 million tons per year.

e360: You’ve called for a complete ban on fishing in international waters, which accounts for well over half of the ocean. Why do you feel this radical measure is necessary?

Pauly: People assume that with 59 percent of the ocean closed, you will have no place left to fish. But it’s not the case at all. All of the species that are taken from the high seas — like tuna — regularly move between the open ocean and nationally controlled coastal waters [called EEZ’s, or Exclusive Economic Zones.] So they could still be caught.

But instead of being caught by, say, a dozen countries on the high seas, the harvest could be more equitably shared. Nowadays Japan, South Korea, Taiwan, China, Spain, France, and a few others with large industrial fleets essentially monopolize the catch on the high seas. Other countries, big countries like India and Brazil, stand on the sideline and exploit only their own Exclusive Economic Zone. So there is an equity problem. If the catch were not being made by these big foreign fleets, it would be made by the coastal countries [that currently reap little benefit] — for example, East African and West African countries, Southeast Asian countries, and the Caribbean.

e360: The industrial fishing industry would not be happy with these restrictions.

Pauly: Well, it will be a surprise to most people, but very little is actually caught on the open ocean. Less than 10 percent of the total global fish catch is from the high seas outside of Exclusive Economic Zones. So this is actually not a big issue in terms of the fisheries.

e360: Still, these international fishing fleets are used to going pretty much wherever they like. Is the world ready for a complete ban on fishing the high seas?

Pauly: People are beginning to take the idea seriously. In the 1960s and '70s, there were countries that declared EEZs and they were laughed off the stage. Chile, Peru, Ecuador, among others, declared what they called "patriotic seas" 400 miles offshore — they actually arrested a United States vessel that was fishing there. It was a complete non-starter — the Soviets, the Japanese, nobody accepted this. By 1982, however, [200-mile] EEZs became law. The Japanese, the Soviets, they were losers. They could no longer fish off coastal waters of other countries. They grumbled, but they lost the fight.

Nowadays, it is mainly Taiwan and South Korea that will be losers. Spain would also have less access than it has now. But basically the argument that this is impractical is not valid, because when we started with the idea of EEZs, nobody accepted it, but the world came around. 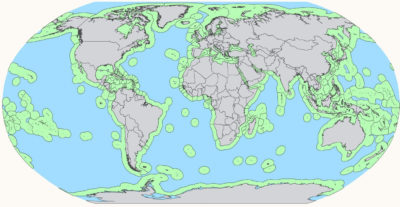 e360: At the moment most of the countries that are engaged in open-ocean fishing are subsidizing their commercial fleets. It is my understanding that without these subsidies, the industry would not even exist.

Pauly: That’s right. Because the fish are so widely scattered and hard to find, they can only be fished with massive subsidies from the country that they are based in. So for example, Spain can fish in the western and central Atlantic because their fleets are heavily subsidized. Japan fishes all over the tropics and that wouldn’t work without subsidies. The Chinese fleet is a bottom-trawling fleet; it could do that only with massive subsidies. The same for Korea, the same for Taiwan.

e360: One of the things that is beginning to change the discussion around a high-seas fishing ban is the establishment of many new ocean reserves in recent years. The U.S., Mexico, Gabon, Kiribati and other nations have vastly expanded the no-fishing zones in their coastal waters.

Pauly: Also, recently the first high-seas area was declared a no-fishing reserve in Antarctica. It doesn’t belong to any country, but the countries that manage fisheries in Antarctica have agreed to a complete closure for 35 years of the Ross Sea.

Two decades ago, the U.N. General Assembly agreed to ban drift nets. In other words, what seems to be impossible now will look different shortly. The U.N. has already begun to talk about a high-seas fishing ban, and I can easily imagine that in 10 years this will be seriously on the agenda.

e360: Speaking of ocean reserves, these are like laboratories for what a total high-seas fishing ban would be like. What have the results from these laboratories been so far?

Pauly: We know that marine reserves are effective in doing the kind of rebuilding [of fish populations] that I’ve talked about. We’ve already seen that this is the case for the small marine reserves. The big marine reserves are certainly also likely to do that, but they are too new to have been evaluated scientifically.

e360: How exactly does the establishment of reserves lead to the recovery of fish species?

Moreover, we’re destroying whole ecosystems with our destructive practices. Trawlers transform a pristine ecosystem — a diverse habitat of soft reef with corals, sponges and other organisms — into sterile mud flats. We see pristine ecosystems on National Geographic, but nowadays you have to go farther and farther to find them. You can’t go to Jamaica or most Caribbean islands and find them, you have to go to Kiribati. We have dead zones, areas with only a few small fish left, lots of jellyfish, harmful algae. This is happening all over the world now. It’s not just [agricultural nitrates from] the Mississippi River that cause dead zones, like the one in the Gulf of Mexico; it’s also the absence of filter-feeders on the bottom that are destroyed, for example, by trawling for shrimp.

e360: Could you give some sense of how sharply fish populations have declined?

Pauly: Take tuna. The population is severely depleted now. Bluefin tuna, for example, are at 2 to 3 percent of their levels in the middle of the 20th century. Tuna populations would benefit if the central part of the ocean were off limits. Cod is reduced to 1 percent of its previous population, which has led to the collapse of the fishery in Newfoundland and in New England. So all these species would benefit from being left alone in the high seas. There was a study which showed that if high-seas fishing was banned, fishermen would actually catch more.

Pauly: Yes, it’s totally counterintuitive, but it’s normal for fisheries scientists. When you have a non-fished stock that doesn’t grow, the fish are old, they suffer from competition, so the growth of the population is nil, because they are at the maximum density that the environment can support. If you catch some of them, there will be more food available for each, more space, less competition, so the stock will be more productive, it will increase.

The optimal condition is somewhere between a stock that is not fished at all and a stock that is totally fished out. At roughly half the original population size the stock is most productive. We have a situation now where the stock doesn’t produce enough. So if you had the stock in the open-ocean recover, the fish would recolonize the coastal areas that are presently almost devoid of [fish like] tuna.

e360: That would be a boon for developing countries, right? The irony is that the nations that are most dependent on fishing for their food security are not the ones that are doing large-scale commercial fishing.

Pauly: That’s true. The problem is that developed countries are fishing in foreign waters and depleting the fish available to those who have traditionally depended on them. For example, Russian fleets off northwest Africa fish for anchovies and sardinella, species that are part of the local diet.

e360: You’ve painted a pretty bleak picture of the prospects for the industrial fishing industry in the years ahead.

Pauly: To me, the fishing industry is like a troubled person who wants to commit suicide all the time and is running around with a knife. And we are always trying to prevent them from stabbing themselves. They would annihilate the stock on which they themselves depend. The conservationists are the ones who are preventing them from doing that, so that they continue to operate. But the industry complains: "The conservationists don’t want us to make a living." Actually, it is the other way around — no, they want to prevent you from killing yourself.

e360: That’s a novel way of looking at it. The environmentalists are ultimately the biggest friends of the fishing industry. So where do we go from here?

Pauly: We need to encourage vibrant artisanal fisheries — locally based fisheries that are producing high-quality products for humans and jobs for people who are making good incomes. Ocean fish would be a luxury product. You would treat them like something special, like a [Thanksgiving] turkey that you don’t eat everyday. Only then will there be enough to go around. This would go a long way toward helping revive coastal communities that have been devastated by the absence of fish caused by industrial fishing. 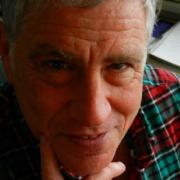 How 'third way' technologies can help turn tide on climate

See all by Richard Schiffman